Water cuts ahead for Arizona and Nevada as Colorado River shrinks • Earth.com 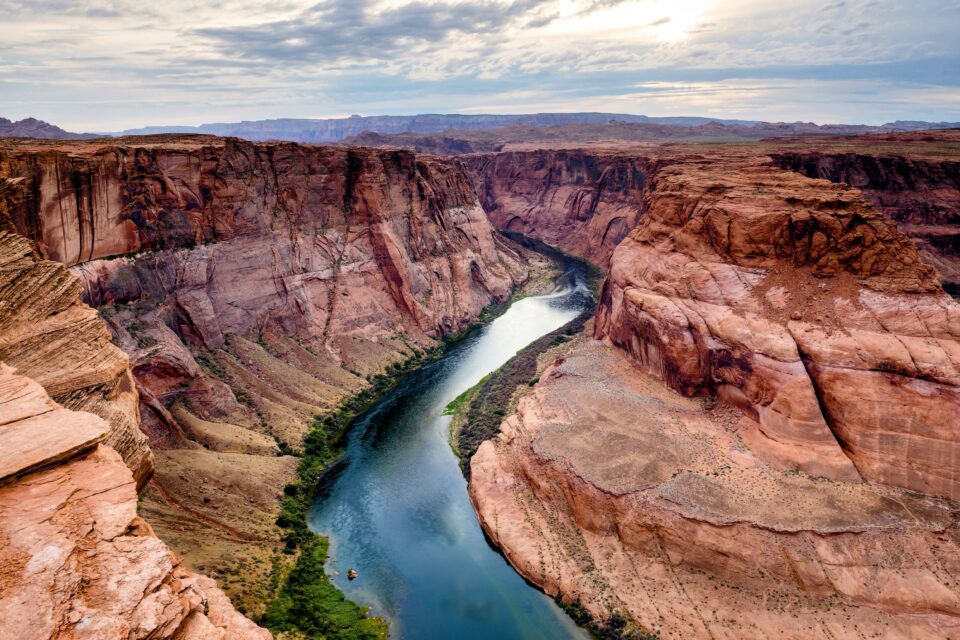 A massive drought in the American Southwest is currently drying up the Colorado River and draining the country’s largest reservoirs, Lake Mead and Lake Powell. On Tuesday, August 18, 2022, the federal government announced that the Colorado River will start operating in a Tier 2 shortage condition for the first time in history starting in January 2023, as this unprecedented drought has taken a severe toll on Lake Mead. This means that Arizona, Nevada, and Mexico will need to significantly reduce their use of water from the Colorado River at the beginning of next year.

According to experts from the U.S. Department of the Interior, in January 2023, Lake Mead’s water level will decrease to 1,050 feet above sea level, which is the required threshold for declaring a Tier 2 shortage. Of the targeted states, Arizona will need to face the largest water cuts – 592,000 acre-feet, or 21 percent of the state’s annual allotment of river water.

“Every sector in every state has a responsibility to ensure that water is used with maximum efficiency,” said Tanya Trujillo, the Department of the Interior’s assistant secretary for water and science. “In order to avoid a catastrophic collapse of the Colorado River System and a future of uncertainty and conflict, water use in the Basin must be reduced.”

Last year, the Department declared a first, Tier 1 shortage on the Colorado River. However, due to extremely low levels of precipitation this year, the situation has further deteriorated.

“We thought we were good, but the last few years have been so dry that we realized those tier reductions weren’t enough and aren’t enough,” explained Bill Hasencamp, the Colorado River resource manager at the Metropolitan Water District of Southern California. “So the two things we’re focused on is how do we get through the next three years without the system crashing, and then how do we develop a long term plan to sustain the Colorado River.”

Since negotiations between the affected states are already starting to heat up, experts are asking strong federal government interventions that could be acted on immediately.

“We kind of need the federal government to make some threats to spur action,” said John Fleck, an expert in Water Resources at the University of New Mexico. “Progress seems to happen when the federal government comes in and says to states, you need to do this or we’re going to do something you don’t like,” he concluded.