Europe is experiencing its worst drought in 500 years • Earth.com 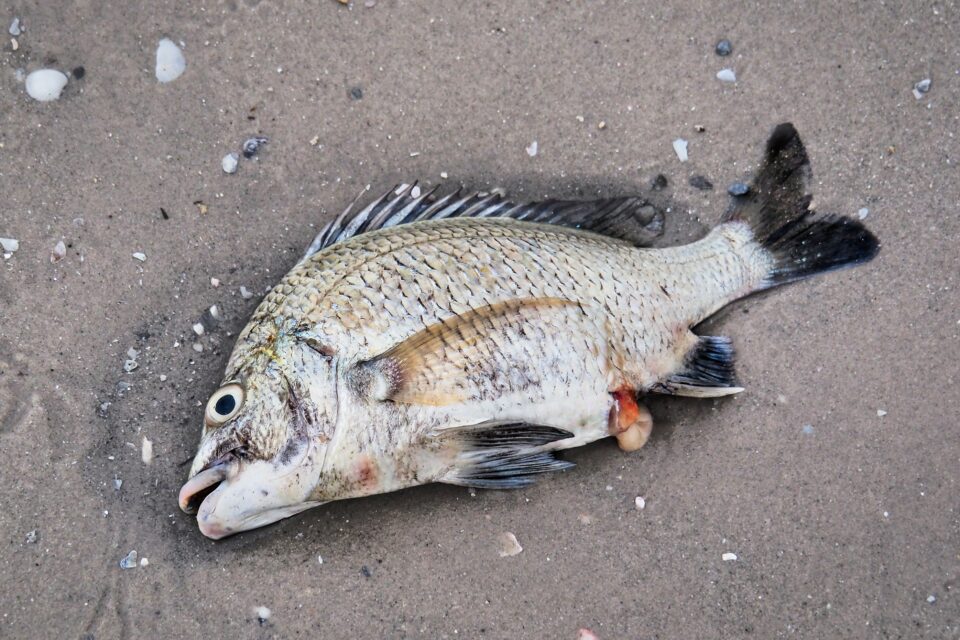 This summer, an unprecedented drought is afflicting most parts of Europe – as well as the typically rainy U.K – drying up rivers, killing aquatic species, shriveling crops, damaging farm economies, forcing water restrictions, and causing severe wildfires. Experts argue that climate change is the main driver of this historical drought (which is estimated to be the worst in 500 years), contributing to hotter temperatures that speed up evaporation, “thirstier” plants which take up more moisture, and reduced snowfall in the winter that significantly limits the freshwater supplies generally used for irrigation in the summer.

According to Jean-Philippe Couasné, a chief technician at the Federation for Fishing and Protection of the Aquatic Environment in France, fish are dying at an unprecedented rate in the Tille river. “It’s heartbreaking,” he said. “On average, about 8,000 liters (2,100 gallons) per second are flowing…And now, zero liters.” Without rain, the river “will continue to empty. And yes, all fish will die…They are trapped upstream and downstream, there’s no water coming in, so the oxygen level will keep decreasing as the (water) volume goes down. These are species that will gradually disappear.”

Other major rivers throughout Europe, including the Rhine, the Danube, or the Po, as well as lakes such as Garda in Italy or Velence in Hungary face similar conditions, which damage a wide range of ecosystems, and significantly restrict shipping activities. This massive drying up of water sources negatively impacts crop production. For instance, EU corn production is expected to be 12.5 million tons below that in 2021, and sunflower production is projected to be 1.6 million tons lower. Livestock dependent on feed crops are also suffering, with the quantity and quality of milk dropping at unprecedented rates in France and other countries.

Scientists argue that this dire situation Europe is currently facing results from long periods of dry weather caused by changes in world weather systems. Climate change has leveled temperatures across different regions, sapping the forces that drive the Atlantic jet stream, which usually brings rainy weather to Europe. Instead, this weaker and unstable jet stream is now bringing unusually hot air from North Africa to Europe, leading to prolonged heatwaves and subsequent droughts.

If actions to mitigate climate change are not urgently taken, such droughts will become increasingly frequent in the following years, leading to the destruction of a variety of ecosystems, and endangering humans all over the globe.