Wetlands are powerful weapons in the fight against global warming • Earth.com 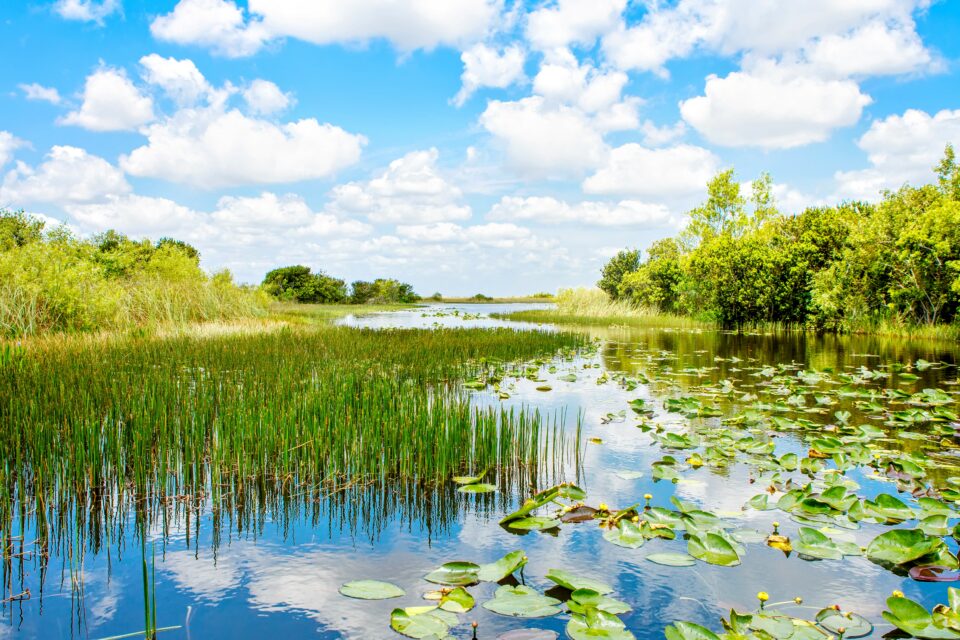 Wetlands are powerful weapons in the fight against global warming

An international team of researchers led by Radboud University has demonstrated that plants in salt and freshwater wetlands capture and store massive amounts of carbon dioxide. This means that the restoration of wetlands, such as bogs, salt marshes, and mangrove forests, has very promising potential to help mitigate climate change and slow global warming.

While wetlands only cover about one percent of Earth’s surface, they capture and store more than 20 percent of the CO2 that is absorbed by all of the ecosystems in the world. The plants contained in wetlands are able to capture huge amounts of CO2 and store them in the surrounding soil. This creates “carbon capture hotspots,” as the researchers have now confirmed.

The experts found that oceans and forests hold the most CO2, followed by wetlands. “But when we look at the amount of CO2 stored per square meter, it turns out that wetlands store about five times more CO2 than forests and as much as 500 times more than oceans,” explained study first author Ralph Temmink. “Peat bogs, salt marshes, mangrove forests and seagrass beds are therefore global ‘hotspots’ of CO2 storage.”

The secret to these hotspots, the researchers discovered, is that wetlands are built by landscape-forming plants that help each other when they grow close together, and this process boosts their ability to capture CO2.

For example, in raised bogs, peat mosses behave like sponges and retain an enormous amount of rainwater. This makes the mosses grow faster, and they are able to stabilize dead plant material that is held beneath them under the water. Nutrients released from the dead material further stimulates the growth of the moss, which in turn thickens the soil layer that stores CO2.

“We support this study and are very happy with its findings,” said Teo Wams. “It shows how important peatland and salt marshes are, and illustrates that we should take good care of these valuable ecosystems. Also, this knowledge helps us to improve management and restoration of unique landscapes.”