When it comes to bee colonies, size matters • Earth.com 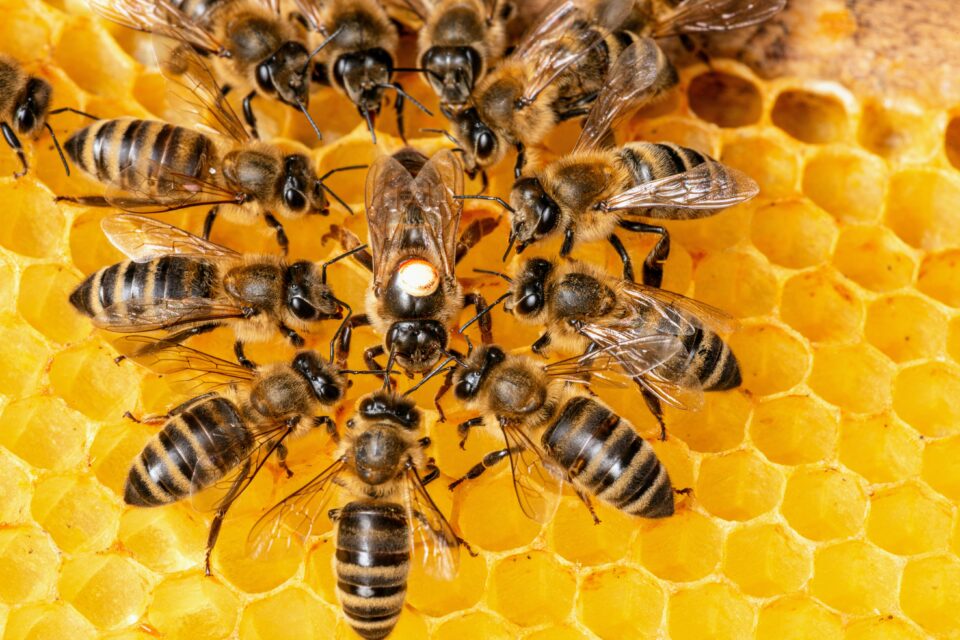 When it comes to bee colonies, size matters

Nature offers many examples of individual organisms that live and act together in groups known as biological collectives or “superorganisms.” In bee colonies, for instance, the interactions of individual bees add up to benefit the entire collectivity. However, until recently, it was not clearly understood how bee colonies can make decisions in the face of changing conditions that are crucial for their survival.

A research team from the University of California, San Diego has found that colony size is a key factor in bees’ individual and collective decision-making. Honey bees use a vigorous “waggle dance” to inform their mates about potential food sources. However, when the food source deteriorates or when there are predators close by, the bees produce “stop signals,” letting waggle dancers know that the source is not a viable option anymore.

By collecting data over several years on both small and large bee colonies, the scientists discovered that large, established colonies with sufficient levels of food stores were less likely to take chances with risky food sources than smaller colonies that were pressed to quickly find adequate food sources.

“It all boils down to risk. Smaller colonies will take more risk because they need food,” added study senior author James Nieh, a professor of Ecology, Behavior, and Evolution at the same university. “When a swarm starts a new colony, they are in a desperate situation and likely more willing to take chances.”

The results of this study can help scientists better understand how bees and perhaps other animals adapt to dynamic conditions, including climate change.

“Global climate change is shifting many things, including when flowers bloom, which in turn is likely shifting the habits of predators. Honey bees have an amazing resilience to these changes in part because of their intricate communication system, so this study helps us understand how they can adapt better,” Professor Nieh concluded.