Will the whitetip shark soon be listed as threatened? • Earth.com 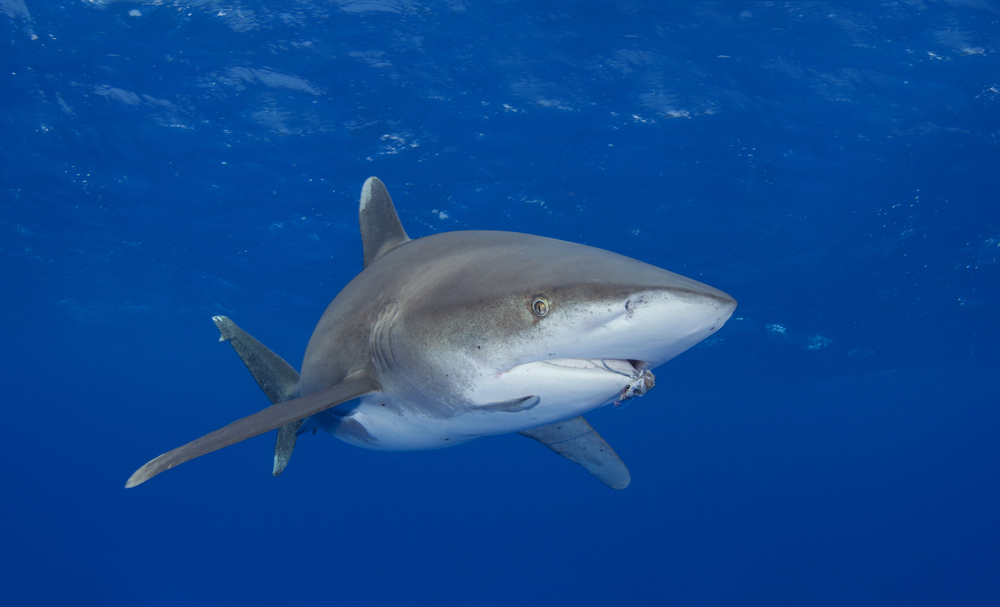 Will the whitetip shark soon be listed as threatened?

Population numbers of the oceanic whitetip shark are dipping sharply, according to experts in the federal government. Its decline in population has caused the conservation group Defenders of Wildlife to sound the alarm, asking the government to list the species as threatened.

The whitetip shark is found all over the world, where its numbers have dropped in part due to fishing. Fishermen in Asia catch them for their fins, which are used for the popular and highly controversial shark fin soup. Although restricted, shark fins are also sold in the U.S.

“In order to truly combat the global trade of shark fins, which kills tens of millions of sharks every year, we need to pass a full ban in the U.S. on the buying and selling of shark fins,” said Lora Snyder, campaign director with conservation group Oceana in an interview with the Associated Press.

Although humans pose a real danger to whitetip sharks, the creatures don’t pose a similar threat to people. According to the Florida Museum, there have only been 10 documented unprovoked attacks by a whitetip shark on a human.

Whitetip shark populations have dropped 50 to 85% in the Atlantic since the 1950s. If those numbers sound astonishing, consider that the shark’s numbers have also dropped a whopping 80 to 90 % in the Pacific Ocean since the 1990s.

The arm of the federal government tasked with giving a thumbs up or thumbs down to classifying the shark as threatened is the National Marine Fisheries Service. It is collecting public comments until March, when it will decide the whitetip’s fate. The decision will be announced in November.

The whitetip shark is already listed as vulnerable on the International Union for Conservation of Nature Red List of Threatened Species. If the shark receives a “threatened” status, it will receive additional protections to help its numbers bounce back.