Why Redpolls look different, despite being the same species • Earth.com 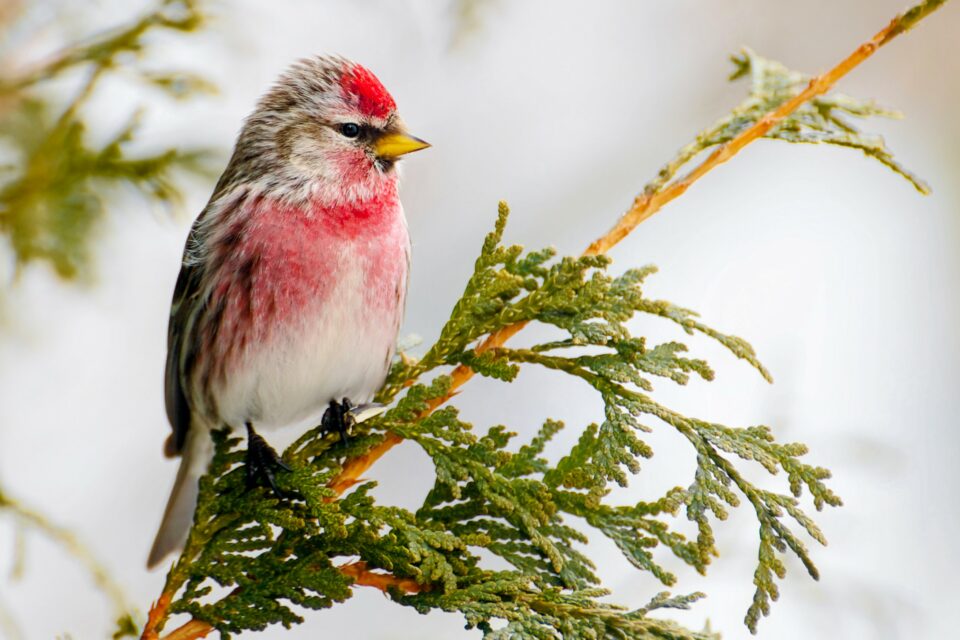 Why Redpolls look different, despite being the same species

Redpolls are a type of winter finch living in the northernmost regions of the globe and flying south only sporadically. Although all of them share a characteristic red marking on their heads, some redpolls are white with small bills, while others are larger and have whiter bills. Due to these differences, scientists initially thought that there were three different species of Redpoll: the Common Redpoll, the Hoary Redpoll, and the Lesser Redpoll.

However, new genetic research led by the University of Colorado Boulder (CU Boulder) has found that these apparently different species are in fact the same, but have a “supergene” that controls differences in morphology and plumage color, making them look different.

“Redpolls have been taxonomically confusing for a long time, and we only get to see them every once in a while in the winter,” said study co-author Scott Taylor, an assistant professor of Ecology and Evolutionary Biology at CU Boulder. “They aren’t a bird you’re guaranteed to see at your feeder, so when it happens, people get excited, and they want to know what they’re looking at.”

By examining the full genome of 73 birds from all the different subtypes, Taylor and his colleagues found that despite the differences in appearance, the birds are almost identical genetically, having a “supergene” which controls the different traits making them look different.

“Often times we assume that a lot of traits can act independently, meaning that different traits can be inherited separately from one another, but this particular result shows that sometimes these traits are actually tightly linked together. At least for these birds, they’re inheriting a whole group of traits together as one,” explained study lead author Erik Funk, a graduate student at CU Boulder.

“I think, solidly now, the new paper shows that there is widespread gene flow across the (Redpoll) genome, except for this one region, and it just so happens this one region influences the way they look,” added Professor Taylor.

Redpolls are not the only ones having such supergenes. Many species, from various birds to certain types of mice, are now known to have them. “It seems to be less common, but I think one of the things that we are learning as we have access to more sequence data now is that maybe they’re not as uncommon as we once thought,” Funk concluded.