Wild boars may be responsible for spreading tick-borne bacteria • Earth.com 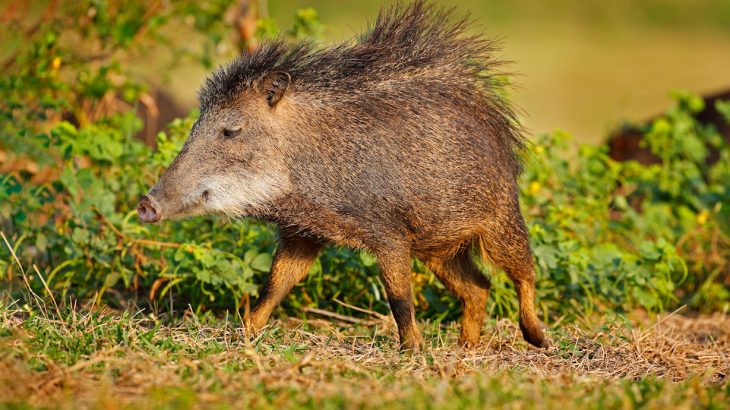 Wild boars may be responsible for spreading tick-borne bacteria

Rocky Mountain spotted fever may boast one of the more interesting disease names to stick it out to the 21st century, but unfortunately it is still a potentially fatal illness spread through tick bites. A pathogen known as Rickettsia bacteria is the true cause behind Rocky Mountain spotted fever, as well as several other human and animal infections. Now, new research has found that this bacteria is found in wild boars, hunting dogs, and hunters in Brazil.

The majority of Rickettsial infections are transmitted through ticks, fleas, mites, or lice. Rickettsia rickettsia, the main pathogen causing spotted fever in Brazil, is spread to humans through Amblyomma ticks.

Despite the prevalence of this disease, not many studies have been done on the occurrence of ticks and Rickettsia in wild boar populations, or how boars could be spreading the bacteria to humans.

A new study from the Federal University of Paraná in Brazil involved researchers collecting blood samples and ticks from 80 wild boars, 170 hunting dogs, and 34 hunters in southern and central-western Brazil from 2016 through 2018. The blood samples were tested for anti-Rickettsia antibodies and tick species were identified, with some ticks being tested for Spotted Fever Group Rickettsia.

Given these results, it’s clear that boars could be the main culprit in the spread of this bacteria, however, not many studies have been done on the occurrence of ticks and Rickettsia in wild boar populations, or how boars could be spreading the bacteria to humans.

“Wild boars may be carrying and spreading capybara ticks from their original habitats to other ecosystems,” the researchers postulate. “These results may provide important findings for public action planning to prevent neglected vector-borne diseases in overlapping areas of wild boars, hunting dogs and hunters.”