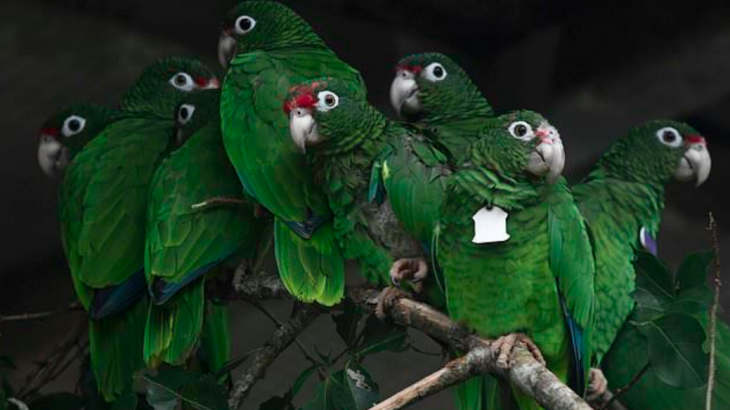 Scientists are scrambling to save endangered Puerto Rican parrots, which have become even more threatened since Hurricane Maria. The catastrophic weather event ripped through the island’s tropical habitats, wiping out more than half of the wild parrots.

The outcome of Hurricane Maria has been traumatic for the parrot species. In the tropical forest of El Yunque, only 2 of 56 wild birds survived, while only 4 of 31 survived in a forest in the western town of Maricao. According to the researchers, an estimated 75 out of 134 survived in the Rio Abajo forest in the central mountains of Puerto Rico.

Gustavo Olivieri, the parrot recovery program coordinator for Puerto Rico’s Department of Natural Resources, explained that there is a lot of work to be done.

Next month, experts will unite to debate the best action plan. At the breeding centers in El Yunque and Rio Abajo forests, over 460 birds remain captive and none of them have been released since the hurricane.

Scientists are currently trying to determine the best way to prepare the parrots for release. There are very few birds in the wild, and the forests are not as able to sustain them as they once were.

“Our priority now is not reproduction..It’s to start releasing them,” said study co-author Marisel Lopez, who oversees the parrot recovery program at El Yunque for the U.S. Fish and Wildlife Service.

Before this type of release, however, scientists must make sure that the forests can offer food and safe shelter. One major concern is that many of the large trees where parrots used to nest are completely wiped out.