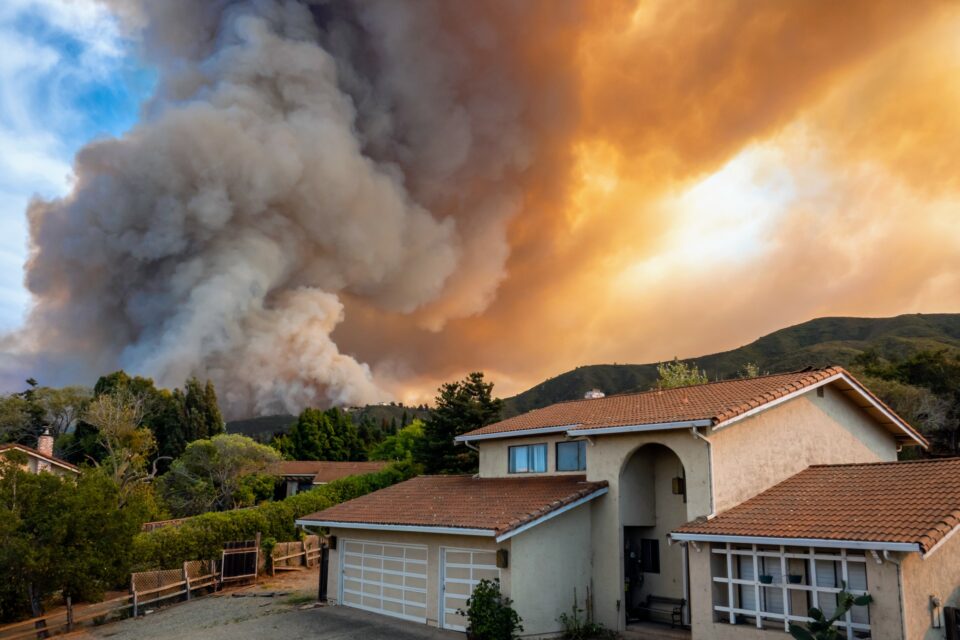 As the frequency of wildfires increases, more research is needed on the release of toxic pollutants into watersheds, according to a new review study published in the journal Water Resources Research. Better understanding how urban wildfires affect water quality will help water quality managers to anticipate, respond to, and potentially mitigate wildfire impacts.

“Much less studied are the effects of fire burning not only forests and grasslands but also houses, vehicles, and other human-made material,” said study co-author Stephen LeDuc, a biologist at the U.S. Environmental Protection Agency’s Center for Public Health and Environmental Assessment. “There have only been a few studies of pollutants mobilized from these types of fires.”

Together with his colleagues, LeDuc examined trends in water after wildfires as documented in 184 scientific articles published since 1980. The analysis revealed that stream flow often increases for several years after a wildfire, as do sediments, water temperature, nutrients, as well as toxic metals and organic chemicals – which sometimes reach between ten to 100 times higher concentrations than before the fire.

Some of these dangerous post-wildfire chemicals found in water, including arsenic or benzene, frequently exceed regulatory limits, even in processed drinking water. In addition, many researchers have identified higher concentrations of metals in the ash from the wildfires, which could potentially affect runoff.

Since little research has been done on identifying the variety of pollutants emerging from urban wildfires, water managers and planners are often at a disadvantage when recovering from wildfires. “In my view, the main reason for the knowledge gap is the challenge of setting up an urban water quality monitoring program on short notice, like after a fire,” said Dennis Hallema, a hydrologist at the Desert Research Institute in Nevada, who was not involved in the study. “There’s plenty of interest, but at the end of the day, successful water quality monitoring efforts come out of projects that were approved in time.”

This new study will hopefully help water quality managers and communities plan for, and recover from, the negative impacts of wildfires on their water.

“Fire frequency is increasing in places like in the western U.S. due in part to climate change, and there is potential for areas burned by fire to become longer-term stressors to water quality if the previous vegetation is slow to recover or fails altogether. [But] burned areas could be targeted for restoration efforts, such as erosion control or plantings,” LeDuc concluded.