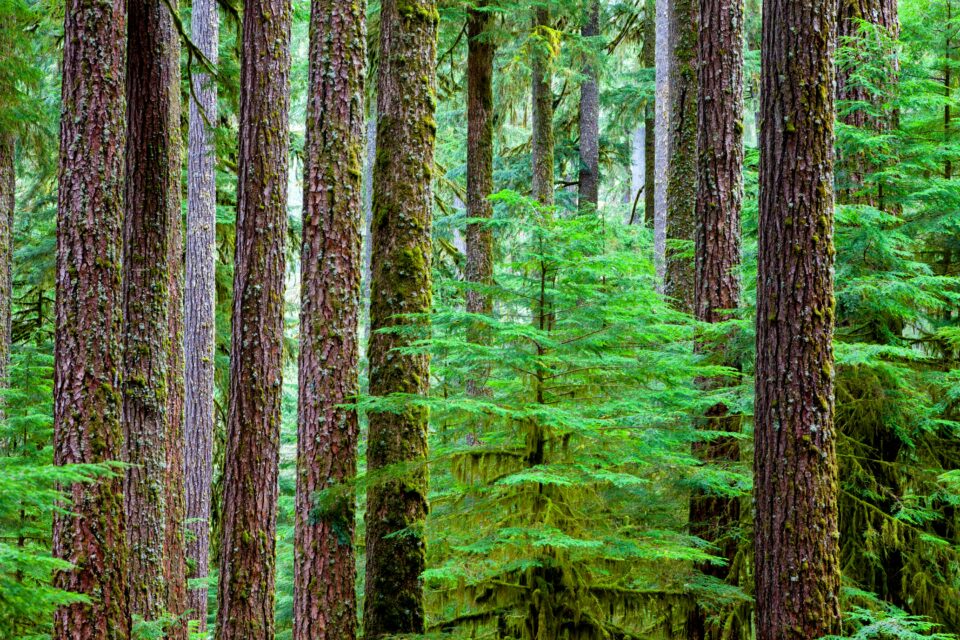 Trees are shifting their range in response to a changing climate. In particular, trees are moving to cooler or wetter habitats. Now, new research from Stanford University shows evidence that wildfires are quickening this process.

The study investigated how we can effectively manage changing and dynamic landscapes. The research comes at a time when President Biden just signed into law an infrastructure bill which includes $5 billion for forest restoration and wildfire mitigation.

“Complex, interdependent forces are shaping the future of our forests,” said study lead author Avery Hill. “We leveraged an immense amount of ecological data in the hopes of contributing to a growing body of work aimed at managing these ecosystem transitions.”

The scientists used US Forest Service data from 74,000 plots in nine western states and identified trees shifting towards cooler or wetter locations. The rate of tree shift was then compared to areas affected by forest fires. Among eight tree species compared, the scientists found that two – douglas fir and canyon live oak – shifted further in areas that burned.

The researchers said their study provides empirical evidence that wildfire can increase the potential range shift rate of tree species that are moving in response to recent climate change.

“Furthermore, this pattern supports the argument that range shift rates are likely affected by reductions in population size and density of competitors due to wildfire.”

“The findings of this study bolster previous work suggesting that competition is yet another barrier (in addition to dispersal limitations and geographic barriers) that affects the ability of plant species to track their optimal climatic conditions as they move across landscapes.”

The experts did not find a mechanism for why trees were able to shift further in burned areas compared to areas that didn’t burn. One theory is that fires opened up the forest canopy and damaged the understory, leaving less competition from other trees. This suggests that not only do fires increase the speed of tree range shifts but that competition can slow these shifts for some species.

“This study highlights a natural mechanism that can help forests remain healthy, even in the face of small amounts of climate change,” said study co-author Chris Field. “It also illustrates the way that ecosystem processes often have several layers of controls, a feature that emphasizes the value of detailed understanding for effective management.”