Wildfires in the West linked to smoke-related deaths in the East • Earth.com 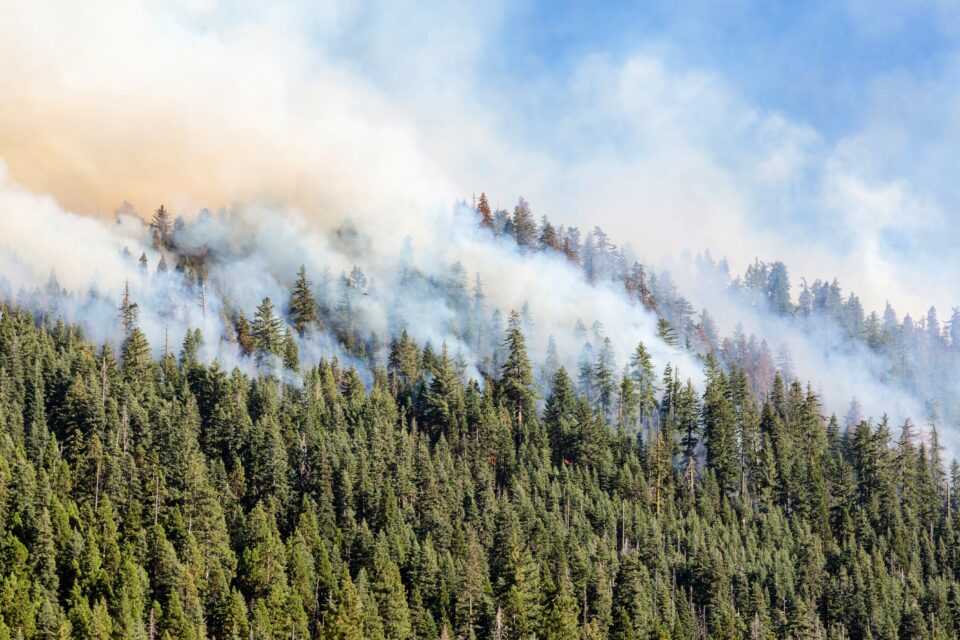 The effects of climate change are resulting in increasingly frequent wildfires in the Western U.S that are detrimental to the environment. While the effect of wildfires on tree cover is clear, many are unaware of an increasing number of smoke-related deaths.

New research from George Washington University has concluded that smoke exposure from Western U.S. wildfires is contributing to health problems across North America, with almost three-quarters of smoke-related deaths and hospital visits occurring east of the Rocky Mountains.

The researchers have hypothesized that increasing levels of smoke are contributing to over one percent of annual ER visits in Western U.S. Despite lower smoke concentrations in the East, smoke-related issues still contribute to up to 0.6 percent of hospital visits. The study estimates that long-term smoke exposure results in an additional 6,300 annual excess deaths, with just 1,700 of these occurring in the West.

This increase in deaths is the result of the enormous quantities of toxic gases and soot resulting from wildfires, including microscopic smoke particles named PM2.5. Short-term effects of exposure to PM2.5 include respiratory health problems, with long-term exposure being linked to heart disease and lung cancer.

“Large wildfires are projected to increase in frequency in the Western U.S. Because of that, fires are expected to become the dominant source of PM2.5 in the U.S. by the end of the century,” explained atmospheric scientist and study lead-author Katelyn O’Dell. “We wanted to study the impacts of wildfire smoke specifically on health so we can better prepare for that future, when we expect to have more smoke in our lives.”

The research team used existing data on respiratory-related hospital visits and daily PM2.5 estimates to provide the new predictions on wildfire-related deaths. The study also analyzed 18 hazardous air pollutants (HAPS) such as benzene and formaldehyde, determining that these are less damaging than PM2.5.

While it may be too late to stop increasing rates of Western U.S. wildfires, the researchers emphasize that harm can be reduced by increasing efforts to forecast smoke and by advising citizens to take precautions, such as limiting time outside and wearing filtration masks.

Tarik Benmarhnia, a climate change epidemiologist at the University of California, noted that while smoke plumes impact entire regions, they don’t affect all residents of different ages and ethnicities equally. By investigating these disparities through further research, he believes that further harm can be reduced

“The conclusion of the study is important,” said Benmarhnia. “We systematically underestimate the real public health impact of wildfires, which is related to smoke. And smoke can travel very, very far away.”

The results of the study have been published in the journal GeoHealth.