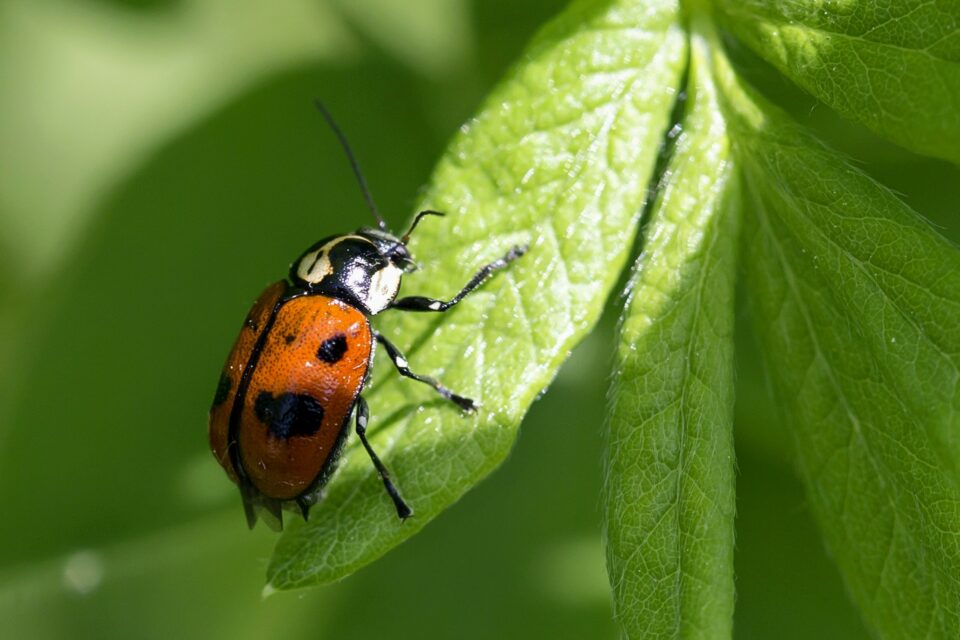 Scientists estimate that between five and 20 percent of global harvests are lost annually due to damage caused by insects alone. A new study published in the journal Science Advances discovered an important chemical component that plants use to “notify” unwounded leaves when attacked by pests. These leaves can then produce defense substances in order to protect the plant from damage.

The researchers examined plants’ vascular system, which plays a crucial role in transporting water and nutrients from the roots. Their hypothesis was that this system is also important for dispersing hydraulic, chemical, and electrical signals in order to protect the plants from environmental threats.

A key substance they discovered was a mechanosensitive ion channel called “MSL10.” This protein plays a crucial role in registering stretches of the cell membrane and corresponding changes in pressure. When this change in pressure coincides with a rise in glutamate (a substance produced when the plant is wounded), the plant receives a quick warning that it is under attack.

To test how important the MSL10 protein is for a plant’s defense mechanism, the scientists blocked its formation. As expected, without this protein the electrical wound signal was shortened and signal molecules such as calcium ions dispersed less effectively.

“It’s fascinating to see that plants use electrical signals in the same way as animals and humans and that even the components involved are similar,” concluded study co-author Wolf B. Frommer, a professor at the Institute of Molecular Physiology at HHU.

“If we can better understand wound signaling and the processes and components involved, we may be able to help plants recognise threats faster and defend themselves against them. This in turn could help prevent the loss of harvests due to pest infestation and insect damage.”