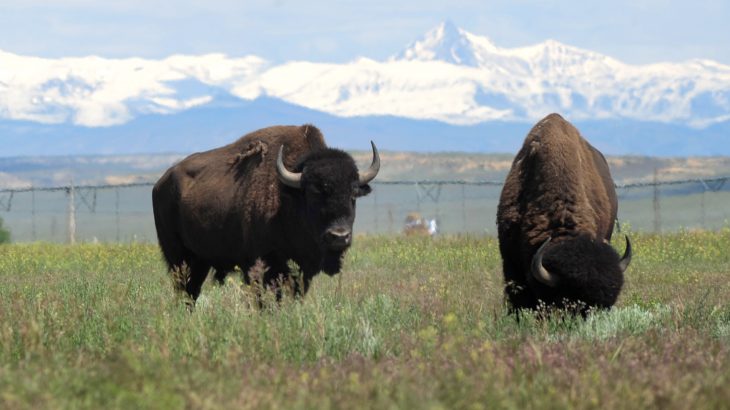 The Wind River Reservation is a 1.7 million-plus acre home to the Eastern Shoshone and Northern Arapaho tribes. The reservation was established in 1864 by the Bridger-Teton treaty with the US government. As with most reservations, this one had been stripped of its bison herds, leaving the Native American residents on the land more dependent on food from the federal government and farming than they were traditionally.

A paper in The Western Historical Quarterly reports how US military leaders in the late 1800s encouraged the slaughter of bison and often saw such destruction as a way of subjugating and defeating Native Americans. Because of this and the importance of the bison to the physical and spiritual cultures of many western Native American groups, bison remain a potent symbol of indigenous identity.

“I took a trip to East Africa with my dad in the late 90s and witnessed the wildebeest migration,” Baldes said. “It was incredible to see, but what was more unfathomable was that the 1.5 million wildebeest is less than 5% of what the bison population was here, less than 200 years ago. My dad is a retired wildlife biologist, and I grew up understanding the intrinsic value of wildlife as part of our cultural ties and subsistence lifestyle, it is what we eat.” 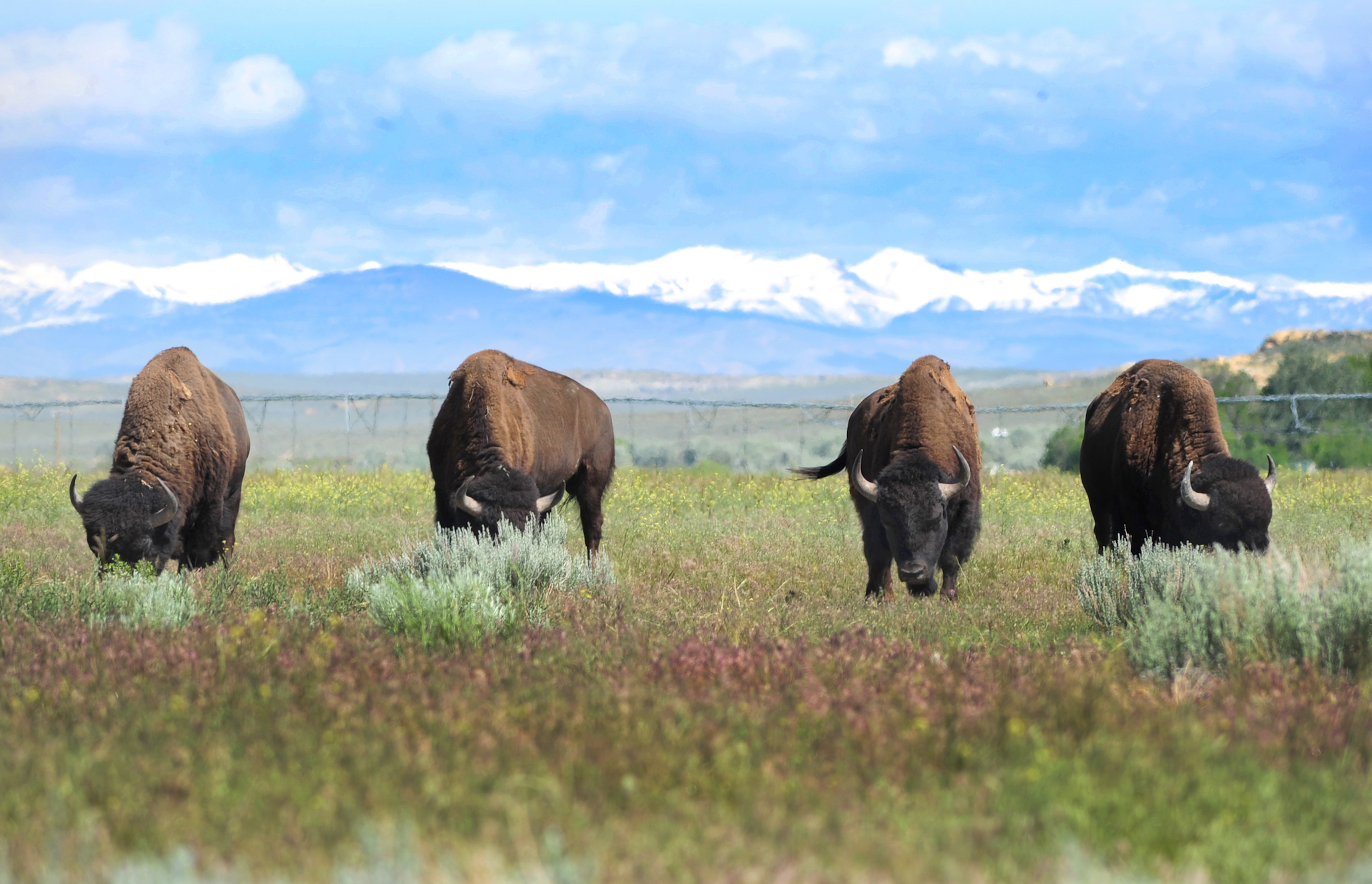 This is why Jason Baldes has been working with the National Wildlife Federation to move bison that would otherwise be culled, off of federal land and reintroduced to Native American land, including the Wind River Reservation. To Baldes, the work is important for the healing of his people from past atrocities and the preservation of cultural identity.

“The importance of buffalo to our people cannot be understated, it is our relative,” Baldes said. “The Eastern Shoshone are the gweechoon deka, the buffalo eaters. We have had ties to the animal for millennia, but have been separated for 130+ years.  Buffalo is part of us, and is central to our ceremonies and spiritual belief ways, and is important for our diet. Even though they haven’t been in our community for a long time, we are still tied to them. Having our relative home, helps us to heal from the atrocities of the past…Bringing buffalo home to the Shoshone people is healing. The buffalo are most important for our young people, so they can know who they are, and be proud of being Shoshone.”

The National Wildlife Federation has been working with tribal and the federal government to promote reintroduction of wildlife including bison to Native American lands. Recently, with the involvement of the National Wildlife Federation, an agreement was made between the Fort Peck Tribes and the Eastern Shoshone of the Wind River Reservation. The Fort Peck Reservation already has a large and healthy bison population, descendants of bison from Yellowstone National Park. 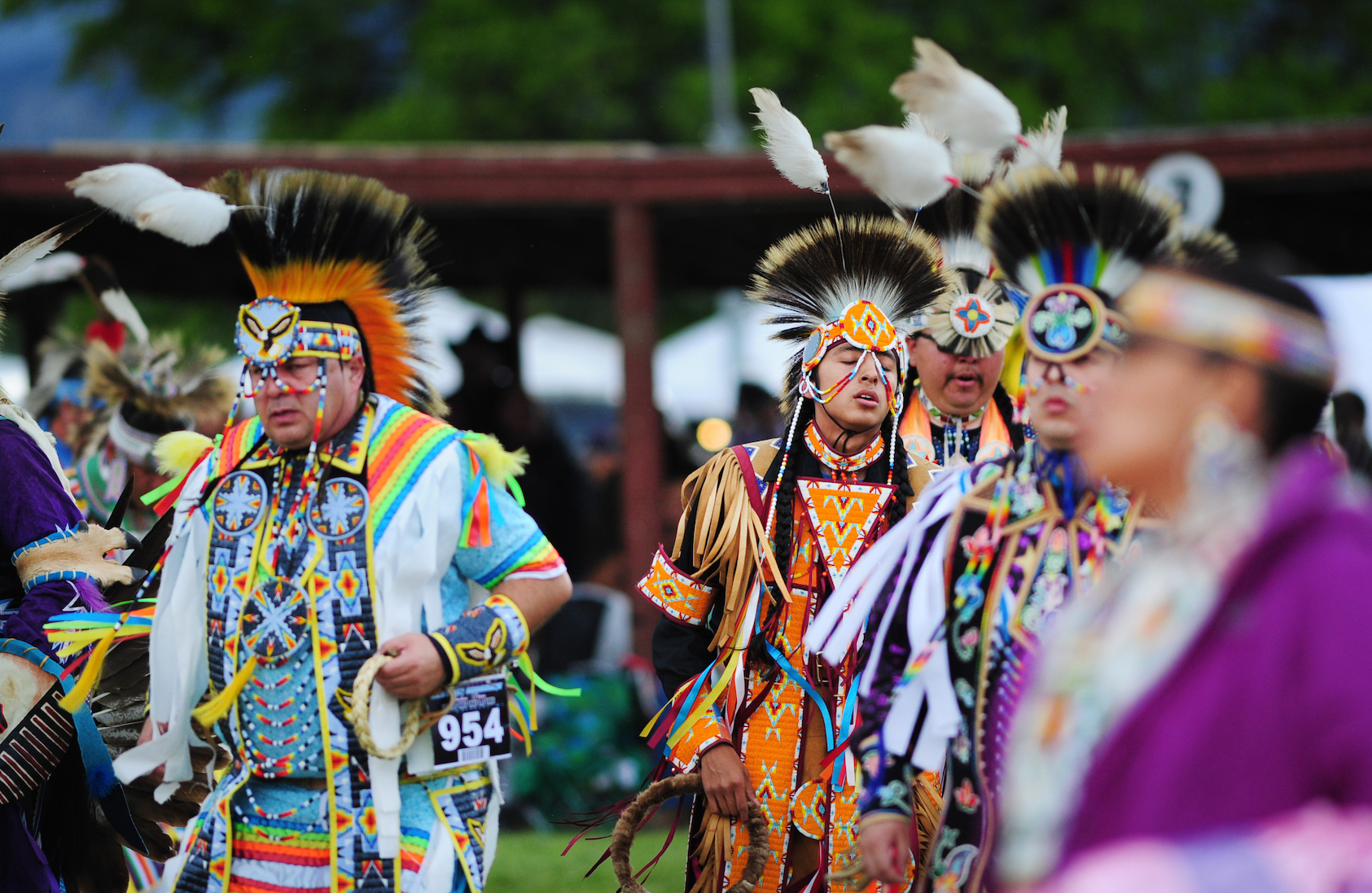 The population is healthy enough to support hunting, a small step towards returning bison to the center of life again. Now, the Fort Peck Tribes have agreed to exchange bison with the Wind River Reservation. Initially, five male bison were set to be released on June 23 during a powwow. Unfortunately, bad weather delayed capturing bison on the Fort Peck Reservation and moving them to their new home at the Wind River Reservation. The good news is that after a delay, the bison were released on the evening of the 26th. Jason Baldes told me this was an important step for bison conservation but also as a display of tribal sovereignty.

“This release is important because it brings together Tribes of the Buffalo nation,” Baldes said. “The Government to Government agreement between the Fort Peck Tribes of Montana and the Eastern Shoshone Tribe demonstrates the importance of the buffalo to our communities. Fort Peck has led the way in Yellowstone Bison conservation and restoration, and they want to help other tribes ‘bring the buffalo home.’ This will be the first Tribe to Tribe interstate transfer of Yellowstone Buffalo. This exercise in sovereignty among Tribes, strengthens buffalo conservation and cultural revitalization in our communities and sets the pace for other Tribes to do the same.”

Currently, the Wind River bison herd is modest. Before the release, the reservation was home to 27 bison, including four recent calves. The new bison bring the total to 32, but Jason Baldes seems optimistic about the future. Work is ongoing to secure a larger range for the small bison herd and grow it larger.

“There is potential, on the Wind River Reservation, to manage buffalo on hundreds of thousands of acres if people are willing to do it,” Baldes said. “A benchmark for conservation populations is a minimum of 1000 animals, in order to maintain genetic heterogeneity and variability. Two to three times that benchmark are foreseeable. Hunting by tribal members will be the primary mode of management.”

The reservation has already come a long way towards restoring their native wildlife. 7 of 7 native ungulate species are on the Wind River Reservation, with six of them living in populations large enough to support tribal hunting. Bison are currently not on the Wind River Reservation in numbers large enough to support hunting. The history of the bison is perhaps unique in American history, often treated as a Native American cow rather than a wild animal in its own right. Jason Baldes told me that to create a better future for the bison, respect is needed.

“For some reason, people feel the need to treat buffalo like cattle, through roundups, ear-tagging, vaccinations etc,” he said. “No other wildlife species go through that treatment. We need a paradigm shift to one that respects the intrinsic value the animal has. Buffalo is a keystone species, benefitting a host of others as it utilizes the landscape. We shouldn’t measure the value of buffalo on the landscape in terms of money.”