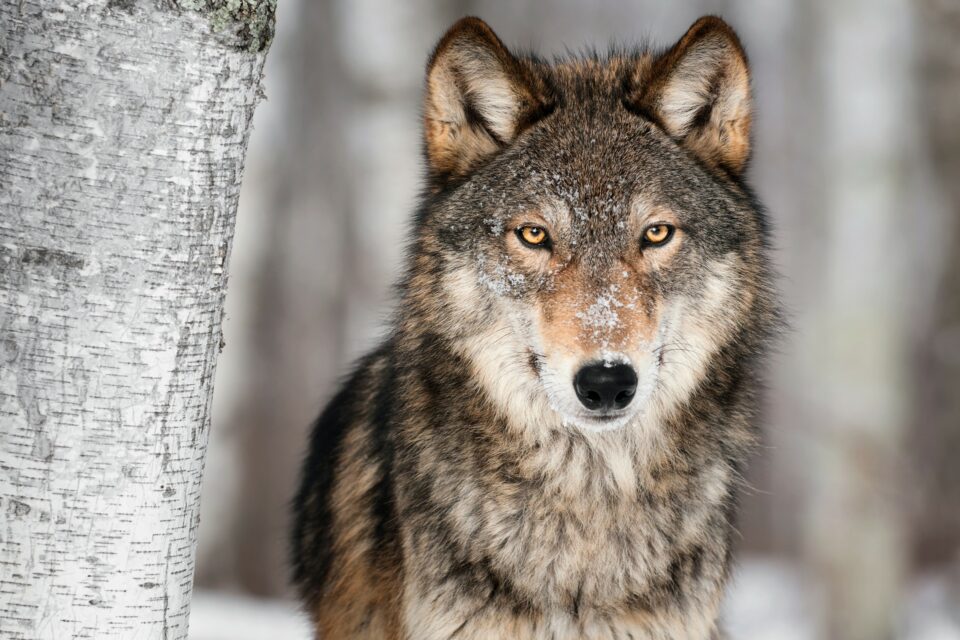 Wolves can show attachment toward humans

Dogs’ ability to show affection towards humans is well-known. Some scientists argue that such a capacity to form strong attachments with humans arose in dogs only after their domestication 15,000 years ago. However, a team of researchers led by Stockholm University in Sweden has now found that wolves are also capable of exhibiting attachment behaviors towards human caregivers – a surprising discovery that could help contradict the domestication hypothesis.

After raising wolf and dog puppies from the age of ten days to 23 weeks, the scientists performed a series of behavioral tests designed to quantify attachment behaviors in canids. The tests revealed that both species were able to spontaneously discriminate between a familiar person and a stranger and displayed more proximity seeking and affiliative behaviors towards the familiar person. Moreover, the presence of the familiar person acted as a social stress buffer for the wolves, helping them calm down during stressful situations.

“It was very clear that the wolves, as the dogs, preferred the familiar person over the stranger. But what was perhaps even more interesting was that while the dogs were not particularly affected by the test situation, the wolves were,” said study lead author Christina Hansen Wheat, a behavioral ecologist at Stockholm University.

“They were pacing the test room. However, the remarkable thing was that when the familiar person, a hand-raiser that had been with the wolves all their lives, re-entered the test room, the pacing behavior stopped, indicating that the familiar person acted as a social stress buffer for the wolves. I do not believe that this has ever been shown to be the case for wolves before and this also complements the existence of a strong bond between the animals and the familiar person.”

According to Dr. Hansen Wheat, these similarities between wolves and dogs can shed more light on where the behaviors we now see in dogs originated. “Together with earlier studies making important contributions to this question, I think it is now appropriate to entertain the idea that if variation in human-directed attachment behavior exists in wolves, this behavior could have been a potential target for early selective pressures exerted during dog domestication. Wolves showing human-directed attachment could have had a selective advantage in early stages of dog domestication,” she concluded.