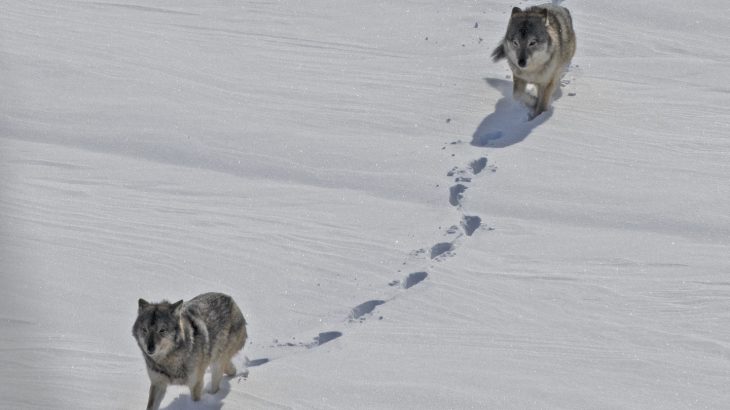 Scientists are working to gain a better understanding of the genetic makeup of wolves that are isolated on Isle Royale, which is one of the most remote national parks in the United States located in Lake Superior.

Researchers led by Michigan Technological University studied the genes of one particular pair of wolves and discovered they were father and daughter, yet shared the same mother. According to the experts, this type of close inbreeding causes abnormalities that likely contributed to the crash of the Isle Royale wolf population over the last decade.

In the absence of wolves, the moose population has become detrimental to many other species by wiping out much of the island’s vegetation. To address the issue, the National Park Service has been restocking wolves on the island. Last fall and winter, 13 new wolves were introduced from the mainland.

The researchers are describing how homozygosity, or the possession of two identical strains of the same gene, could have caused the inbreeding depression among the Isle Royale wolves. When a gene is homozygous, uncommon traits that are usually recessive often become dominant. In this case, inbreeding led to deleterious recessive mutations causing spinal deformities and other health problems.

The wolves on Isle Royale may be an extreme example, but an understanding of population genetics is needed to inform future conservation efforts elsewhere. The genetic makeup of the wolves can be used to investigate how their reintroduction affects the overall population. The research will also help conservationists meet the increasing challenges of fragmented habitats and genetic pools around the world.

The study will be published next week in the journal Science Advances.