Women had a stronger influence on the dog-human connection • Earth.com 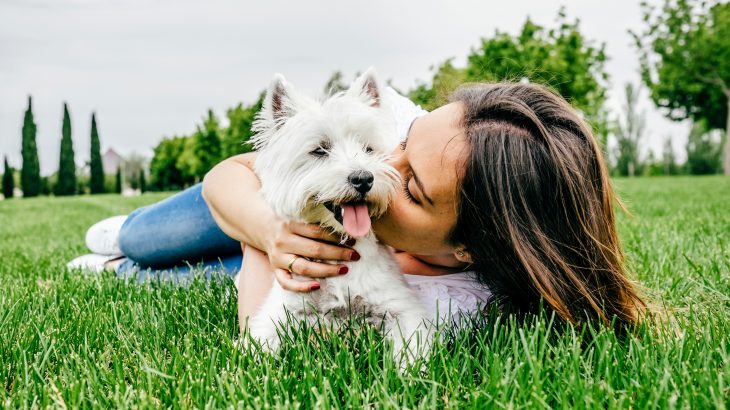 Women had a stronger influence on the dog-human connection

Researchers at Washington State University have identified several factors that historically contributed to the strong mutual connection that exists between humans and dogs. Based on the analysis of more than 140 past societies, the study revealed that when women were involved in the care of a dog, it was more likely to be treated as part of the family.

Despite the fact that dogs are the most widespread domesticated animal, very few anthropological studies have focused on the origins of the relationship between humans and canines.

The WSU researchers searched an extensive collection of ethnographic documents in the Human Relations Area Files database, and found thousands of records that mentioned dogs. Overall, the team analyzed data from more than 844 ethnographers writing on 144 traditional societies worldwide.

According to Chambers, looking at these cultures can provide insight into how the dog-human connection developed.

“Our modern society is like a blip in the timeline of human history. The truth is that human-dog relationships have not looked like they do in Western industrialized societies for most of human history, and looking at traditional societies can offer a wider vision.”

The researchers found documented evidence of the mutually beneficial relationship of dogs and humans. In many instances, canines were treated like people – they were given names, allowed to sleep in the same beds as their owners, and were mourned when they died.

A pattern emerged from the data which showed that dogs were more likely to be regarded as family when they had a special relationship with women. In addition, the experts noted that dogs seemed to less useful to humans in warmer climate conditions.

“Relative to humans, dogs are really not particularly energy efficient,” said study co-author Professor Robert Quinlan. “Their body temperature is higher than humans, and just a bit of exercise can make them overheat on a hot day. We saw this trend that they had less utility to humans in warmer environments.”

This was a fairly consistent trend, according to Professor Quinlan, but there were some exceptions to this with a few dog-loving cultures in the tropics.

The dog-human connection also seemed to be strengthened by hunting. In cultures that hunted with dogs, the animals were more valued by their human partners. Furthermore, the research suggests that hunting cultures relied more on dogs than those that were more dependant on farming.

Thy experts said their findings support the theory that dogs and humans “chose each other,” as opposed to the idea that humans sought out wolf pups to raise.

“Dogs are everywhere humans are,” said Chambers. “If we think that dogs are successful as a species if there are lots of them, then they have been able to thrive. They have hitched themselves to us and followed us all over the world. It’s been a very successful relationship.”

The study is published in the Journal of Ethnobiology.