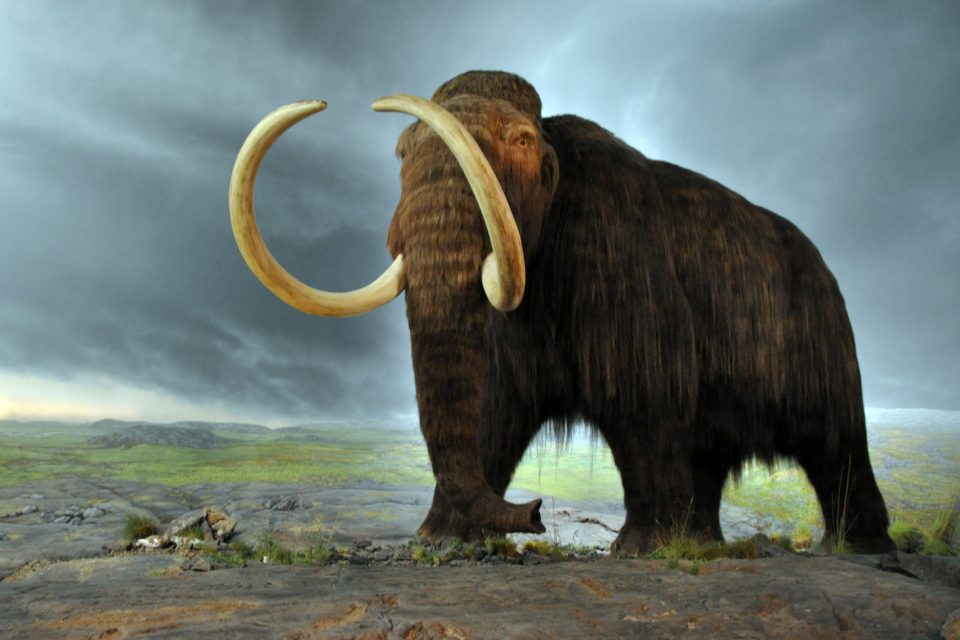 Fossil finding reveals why woolly mammoths went extinct. A piece of woolly mammoth chest vertebra that has been named the “Mona Lisa of Geo-Archeology” has provided a wealth of data for researchers on species, including how they were hunted and killed, and poses new theories about how the giant species went extinct.

The vertebra, which was found preserved in the frozen ground of Western Siberia in 2002, has a spear hole with fragments of the spear tip still in the hole.

The fossil provides the most direct evidence that woolly mammoths were hunted by early man, and researchers say that animal was killed 16,200 years ago, according to the Siberian Times.

“There is much proof that ancient man used the mammoth for food, for example, there are traces of mammoth found on an ancient knife,” Anton Rezvy, a scientist from the Khanty-Mansiysk Museum of Nature and Man, told the Siberian Times. “But the direct proof, like this, that man was actually hunting the mammoth can be counted on the fingers of one hand.”

However, while many scientists believe that a combination of overhunting and climate change led to the extinction of woolly mammoths, researchers from the Tomsk State University believe that weak bones may have been the driving factor behind the mammoth’s downfall.

The vertebra shows that the mammoth suffered from osteoporosis, which is a condition that causes bones to weaken and become brittle.

If a mammoth were to have injured or broken a bone because of osteoporosis it would have made it an easy target, and that’s just what a re-enactment video made by the  Khanty-Mansiysk Museum of Nature and Man suggests happened to the mammoth.

Advanced imaging techniques were used on the bone which is how the researchers found out about the osteoporosis.

More plans are underway to study the sample and analyze extracted DNA using detailed tomography and genetic analysis, according to the Siberian Times.

“We have previously carried similar studies, but with smaller resolution and found that the mammoth suffered from osteoporosis,” Sergey Leshchinsky, head of Tomsk State University’s Laboratory for the Mesozoic and Cenozois Continental Ecosystem, told the Siberian Times. “This time hopefully the level of equipment will allow us to go much further.”

Although researchers agree that mammoths were hunted by our early ancestors, there is some debate about how much of an impact this had on the species.

“There is a dispute about how much humans influenced the extinction of the mammoth. Were mammoths actually hunted down by humans or did the animals become extinct because of cold?” Rezy said.

Now, with this new find, osteoporosis can be added to the list of driving factors that caused the woolly mammoth to go extinct.