Working from home benefits the environment and personal well-being • Earth.com 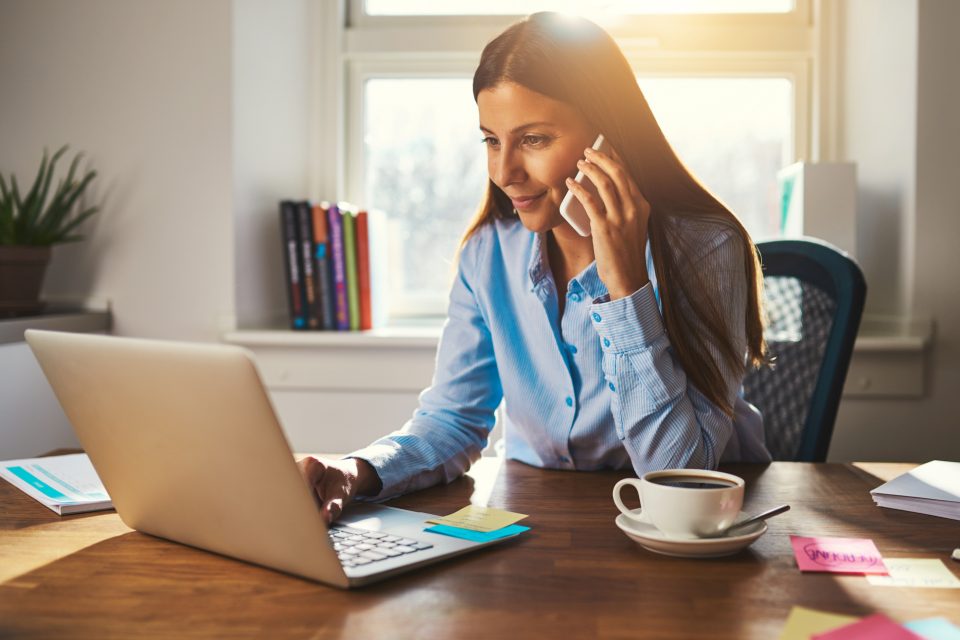 Working from home benefits the environment and personal well-being

For many people, working from home is the dream, and for others, it’s just another day at the office. But cities are now beginning to view telecommuting and remote work as a viable way to combat traffic congestion and harmful emissions.

Last August, Massachusetts Governor Charlie Baker unveiled an $18 billion transportation investment bill that includes a tax credit which will give companies more flexibility in offering work from home perks to their employees. The main goal is getting more cars off the roads.

Boston isn’t the only city to suffer from nightmare traffic, but telecommuting is on the rise.

According to a 2016 Gallup poll, 43 percent of the American workforce reported working from home for at least some portion of the week.

Gallup reports that employees who are “engaged” are more enthusiastic, energetic, positive, and productive. The experts found that employees who work remotely between 60 and 80 percent of the time are most likely to agree that their engagement needs are being met.

According to careers.wiki.com, remote work opportunities increased by 44 percent from 2015 to 2020. Since 2008, the number of remote work positions has exploded by over 159 percent.

The ease of working from home and the rise in telecommuting trends worldwide are due in part to the way digital platforms are reshaping everything from how we communicate, to how we work, how we stay informed, and how we connect with others.

Freelancing, contract work, and telecommuting have become so popular that you can find office spaces for rent specifically for freelancers and contract work.

The nature of office work, office spaces, and the traditional nine to five are changing to keep up with the digital age.

With fewer commuters, there are fewer cars, so that must reduce emissions, right?

That appeared to be the case for the Washington DC metro area when a 2013 Regional Travel Trends study reported a dip in Metrorail riders but no corresponding increase in automobile traffic. A partial reason for this inconsistency was tied to a rise in remote work.

A study published in the Lancet found that telecommuting not only benefits public health, but also helps with sustainable travel and lowering a city’s carbon footprint.

In 2015, the United States Patent and Trademark Office estimated that remote work reduced the number of commuting miles and that people working for the agency drove 84 million miles less and reduced emissions by 44,000 tons.

The transportation sector generates more emissions in the US than the industry, electricity, commercial, and agricultural sectors, according to the Environmental Protection Agency.

With so many emissions wrapped up in the daily work commute, telecommuting and remote work could serve as powerful tools to help reduce emissions and traffic.

One 2013 Global Workplace Analytics report found that federal government teleworkers could reduce as many emissions as the planting of 16 million trees.

Flexjobs, a job platform dedicated to remote, contract, and flexible work, reported that Dell, Xerox, and Aetna saved 95,294 metric tons of greenhouse gas emissions with their telecommuting policies in 2015 alone. This is the equivalent of removing 20,000 passenger vehicles from the road.

Emissions and traffic congestion aren’t the only way that working from home benefits the environment. With fewer workers heading to traditional office spaces, energy demands are reduced for companies and office buildings.

Companies can scale down offices and with it their energy needs, including heating, cooling, and electricity use.

Not only could remote work reduce congestion during peak commuting hours, but would also expose fewer people to harmful air pollution, which has been shown to increase the risk of cardiovascular and respiratory disease and early death.

A 2018 study conducted by researchers from the University of Stirling in Scotland found that women working in areas near heavy traffic such as border crossings and toll booths have a higher risk of developing breast cancer.

The average daily commute in America is around 26 minutes one way, according to the US Census Bureau, which totals over 200 hours spent on the road, driving to and from work per year.

When you add up the average fuel costs, commuting not only exacerbates traffic congestion and releases a record number of emissions each year, but the financial costs for drivers also take a toll.

One Reuters report found that even though you can deduct some business driving from your taxes, the daily commute can cost drivers thousands of dollars.

“So if you have a 20-mile commute to work, multiply it out: 40 miles each workday times 50 cents a mile,” Personal Finance Blogger Mr. Money told Reuters. “And there are 2,500 of those workdays in every decade, so that ‘not too bad’ commute is burning at least $50,000 every ten years.”

Commutes are costly, both environmentally and economically speaking. Working from home, even for part of a workweek has the potential to drastically cut traffic congestion, reduce emissions, and improve employee productivity and happiness. Telecommuting just makes sense, especially with the nature of today’s changing global workforce.