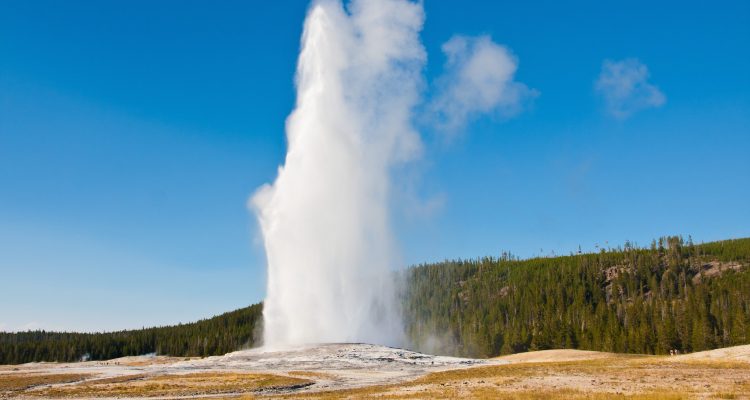 Yellowstone National Park could be in danger, says new report

Yellowstone National Park could be in danger, says new report.

A massive eruption isn’t the only potential danger posed by the supervolcano under Yellowstone National Park.

The magma deep under the Earth’s surface also heats the extensive underground water network connected to each of the park’s geysers, hot springs and other hydrothermal attractions. But the water network that supplies Old Faithful has also been the cause of a number of major geothermal explosions at Yellowstone. Normally, boiling water underground is under pressure, but when that pressure drops, steam forms rapidly and explodes.

One – or maybe several – such explosions nearly 14,000 years ago led to a crater at the bottom of Yellowstone Lake.

However, such large hydrothermal explosions are very rare, and there hasn’t been one in at least a few thousand years; small explosions occur every few years, and are rarely dangerous, according to the U.S. Geological Survey.

This research may offer insights into the park’s past hydrothermal explosions, as well as uncover potential dangers posed by the Yellowstone supervolcano. Similar studies at other sites in the U.S. have uncovered potential threats, the scientists said.

A map of the water under Yellowstone could also help park staff better keep tourists away from any potentially dangerous areas.

The electromagnetic system, developed in Denmark, can detect water to a depth of about 1,500 feet below the Earth’s surface.

Yellowstone is an active supervolcano, USGS scientists who have been monitoring the park’s volcanic and hydrothermal activity since the 1970s said. A major eruption of the magma under the park does not seem to be imminent.