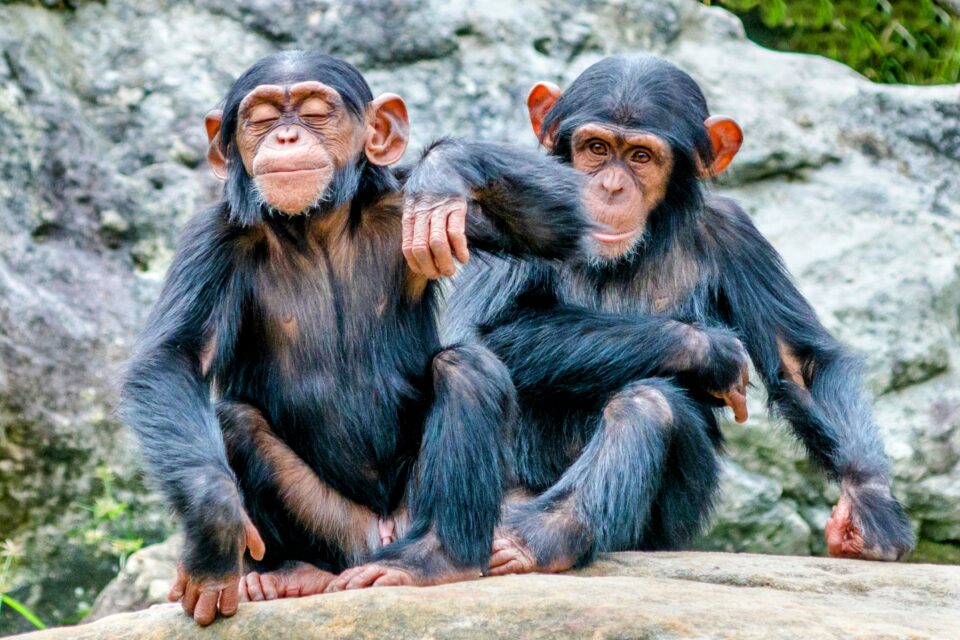 According to a new study published in the Journal of Experimental Psychology, adolescent chimpanzees exhibit similar risk-taking behaviors as human teenagers, but they may be less impulsive than their human counterparts. These findings shed more light on the age-old nature versus nurture debates regarding whether adolescents take more risks due to biological predispositions or environmental influences.

“Adolescent chimpanzees are in some sense facing the same psychological tempest that human teens are,” said study lead author Alexandra Rosati, an associate professor of Psychology and Anthropology at the University of Michigan. “Our findings show that several key features of human adolescent psychology are also seen in our closest primate relatives.”

The scientists conducted two tests involving food rewards with 40 wild-born chimpanzees in Congo. In the first test, adolescent and adult chimpanzees had to choose between two containers in a gambling task. While one container was filled with peanuts – a food that chimps somewhat like – the other contained either a cucumber slice, which the apes dislike, or a banana slice (their favorite food). The animals could “play it safe” and get the peanuts, or take a chance for the coveted banana at the risk of ending up with the cucumber.

The chimps’ emotional reactions and vocalizations were recorded, and saliva sample were collected for tracking their hormonal levels. During several reiterations of the experiment, adolescent chimpanzees took the risky option more often than the adult ones, but had similar negative reactions when receiving the unwanted cucumber.

In a second test – modeled after the famous “marshmallow test” initially conducted with human children – chimpanzees could receive a slice of banana immediately or wait for one minute to get three slices, thus showing an ability for delayed gratification. In this case, both adolescent and adult chimps choose the greater delayed reward. By contrast, human teens tend to be more impulsive than adults, and are more likely to take the immediate reward.

“Prior research indicates that chimpanzees are quite patient compared with other animals, and our study shows that their ability to delay gratification is already mature at a fairly young age, unlike in humans,” Rosati explained. Thus, although risk-taking behavior in both adolescent chimpanzees and humans seem to be biologically ingrained, increases in impulses behavior may be specific to human teens.