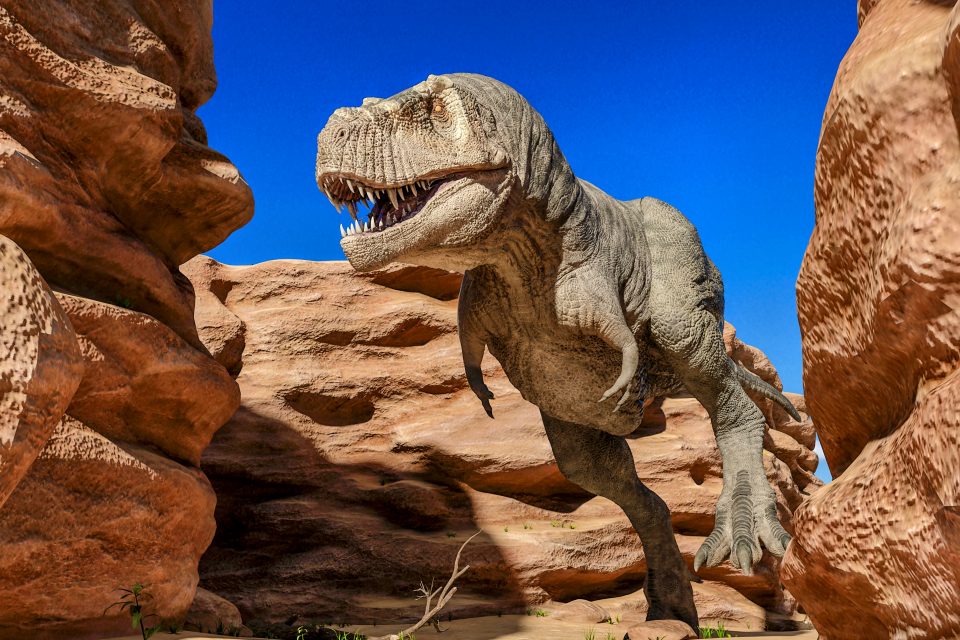 A sharp decline in predators is usually related to a corresponding drop in prey species. This is true of living animals such as the snowshoe hare and the Canadian lynx, as well as predators and prey in the fossil record.

A new study from the University of Maryland has found a different relationship, not between predator and prey but between tyrannosaurs and other predators.

The research, conducted by Thomas Holts, suggests that everywhere tyrannosaurs became dominant, the juveniles took over the ecological role of medium-sized predators.

“Earlier in the history of dinosaurs, in most communities you’d have a bunch of different types of carnivores of various size ranges from small fox-sized all the way up to the occasional giants,” said Holts.

“Then something happens between 95 and 80 million years ago, where we see a shift. The really big carnivores, larger than an elephant, like tyrannosaurs and their kin, become the apex predators, and the middle-sized predators, say leopard to buffalo-sized carnivores, are either missing or very rare.”

Previous research shows that younger tyrannosaurs acted and ate like mid-sized predators, moving with agility and speed that older members of their kind couldn’t match. In Asia and western North America, this means that the role of medium-sized predator fell almost solely to tyrannosaurs.

It’s hard to say yet whether or not T. rex and their kin actually pushed out the other predators. It could be that something else entirely happened to medium-sized predators and tyrannosaurs just filled a vacant niche.

To learn the truth, Holtz said the solution is more “boots on the ground,” more good old fashioned field work.

Further research is needed to investigate any changes in prey size during the shift to tyrannosaur domination. In addition, Holtz plans to survey the size distribution of carnivores during the Triassic period.

“These interactions are important for understanding what life was like during the time of the dinosaurs,” said Holtz. “But in the broader sense, having more understanding of changing ecosystems, and in this case, looking at the predator and prey components of an ecosystem, gives us a better and more diverse view of how the interactions of life work in the world, even today.”

The study is published in the Canadian Journal of Earth Sciences,