Zebra finches use both calls and vision to coordinate flight • Earth.com 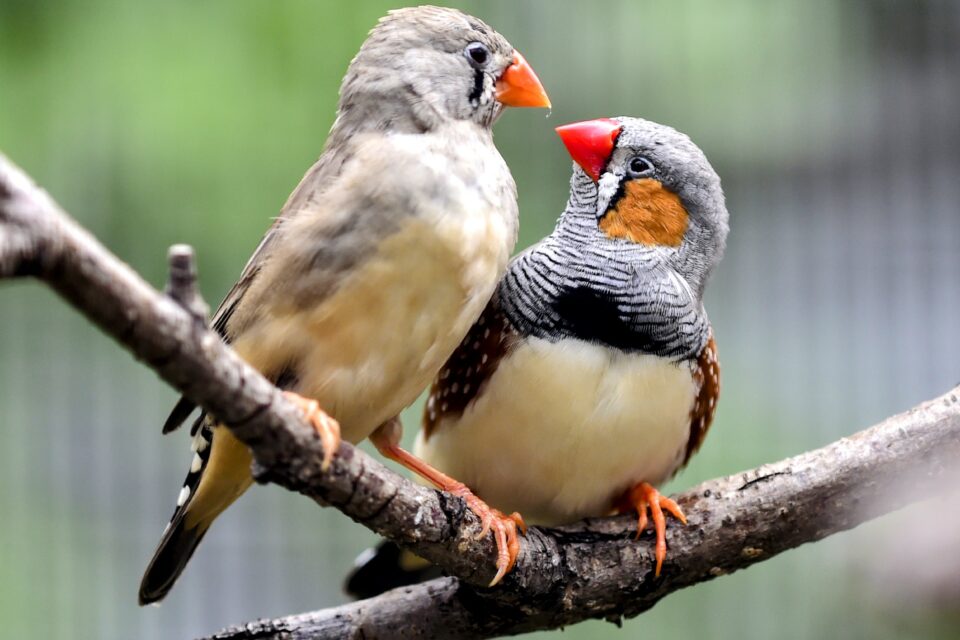 Communication is essential for animals living together in functional communities. In flocks of birds, for example, flight maneuvers and the movements of individual animals must be quickly coordinated in order to avoid collisions and control the movement of the flock as a whole. By investigating how this communication takes place in zebra finches, a team of researchers led by the Max Planck Institute for Biological Intelligence has found that these birds use both vision and calls to coordinate their flight positions and avoid collisions.

“How birds accomplish this in flight is not yet known,” said study lead author Susanne Hoffmann, an expert in Behavioral Neurobiology at the Max Planck Institute. “It has been suggested that each bird in the flock observes its neighbors and adapts its own flight maneuvers to their movements. But how many other individuals can a single bird observe simultaneously? How do the birds cope with poor visibility conditions? There are many open questions.”

To address these questions, Dr. Hoffmann and her colleagues studied acoustic communication in a small group of zebra finches – a species of talkative songbirds that live in colonies and vocalize during flight. The scientists attached tiny wireless microphones to the birds to record the chirping of individual birds in the institute’s experimental wind tunnel, while video cameras simultaneously tracked the flight movements of the entire group.

The analyses revealed that zebra finches’ short vocalizations during flight were almost always followed by an upward movement of the calling bird that, at the moment of the call, was usually located at frontal and bottom positions in the flock, from which it probably could not see group members above and beyond itself. After hearing the call, the other zebra finches briefly decreased their flight speed, enabling them to observe the flightpath of the calling bird to avoid collisions. When the scientists simulated light conditions equivalent to a full moon night by darkening the wind tunnel, the call rates increased, helping the birds avoid collisions despite the limited visibility.

“We didn’t expect such a close relationship between the vocalizations of a bird in a group and its flight maneuvers,” Dr. Hoffmann explained. “The calls indeed seem to announce a change in the caller’s position, and to draw the conspecifics’ attention towards the calling bird.”

While these birds announce vertical position changes through vocalizations, they use their vision to coordinate horizontal positions changes: when turning their heads by 90°, one of the bird’s eyes looks to the side, while the other looks straight ahead – a behavior resembling a brief shoulder check before changing direction.

Further research is needed to clarify whether these observed behaviors apply to larger flocks of birds too and to zebra finches living in the wild.