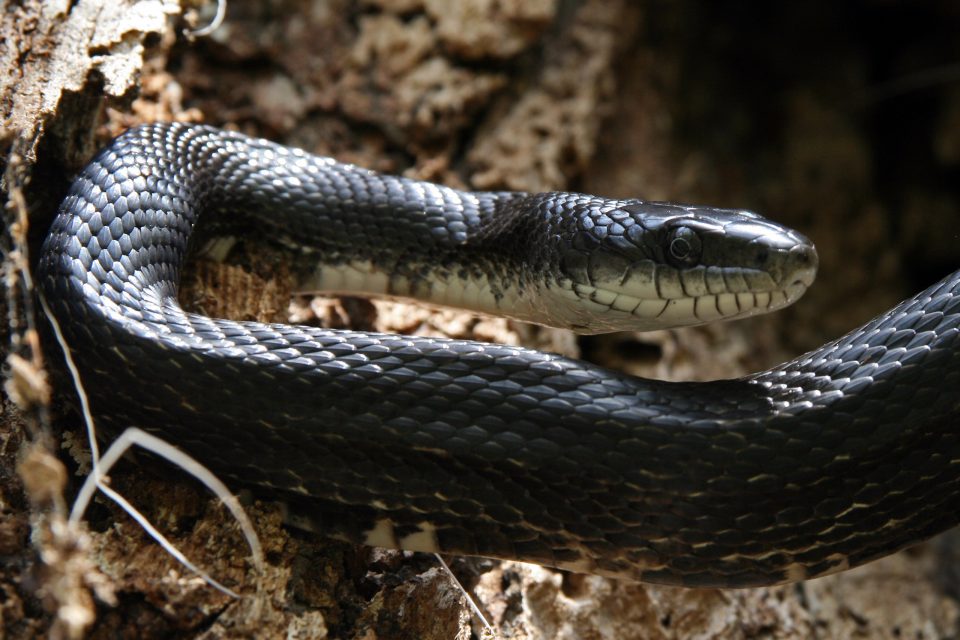 8 Surprising Facts About the Rat Snake

While spotting a snake can send the heebie-jeebies down your spine, they aren’t always a creature to fear. Steering clear of venomous snakes is always a good idea, but rat snakes are gentle giants. Rat snakes are non-venomous constrictors that can be found around the world. Since rat snakes can grow up to eight feet long, we’ve included eight fun facts about the rat snake that highlight some spectacular parts of their ecology.

What Is a Rat Snake?

Rat snakes are found in the family Colubridae. That’s not saying much, however, as Colubrids account for two-thirds of the world’s snakes. All snakes in the family are characterized by an absence of legs (yes! Some strange snake species have legs!), lack of upper teeth, and fewer head scales. Additionally, they have slender bodies and flat bellies. To get more taxonomic specificity, we look to the subfamily Colubrinae, which includes both the New World and Old World genera.

While some Colubrid species are venomous, they are rarely harmful to humans. Since they lack the front fangs, venomous colubrids need to really chew on their prey to inject venom. However, rat snakes are a non-venomous group with a couple of rare exceptions that prove the rule. While they live on nearly every continent (except Antarctica), the highest diversity can be found in North America, Asia, North Africa, and the Middle East.

Fun Fact: Rat snakes are a highly diverse group of snakes, including several genera and

Historically, most rat snakes are lumped into the genus Elaphe. This includes species from Asia and Africa (Old World snakes) as well as snakes from North and South America (New World Snakes). While this name is still widely used to encompass species from around the globe, more recent genetic research points in a different direction. Comparing mitochondrial DNA, scientists discovered that North American species form a group distinct from the genes of Old World varieties. While they proposed a new genus name Pantherophis, many herpetologists still use the widely accepted Elaphe even when referring to New World snakes. 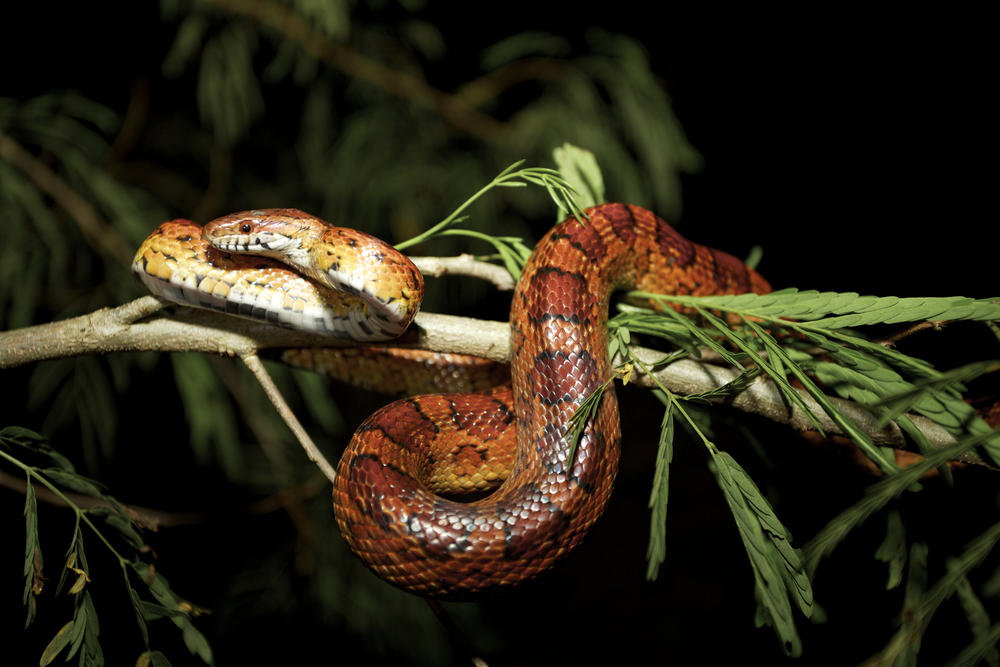 Rat snakes live around the world in a variety of habitats. While each species is unique, a couple of commonalities in their ecology tie all the species together.

All rat snakes are constrictors, meaning they squeeze their prey to death with their bodies then swallow it whole. Many assume that constrictors suffocate or break the bones of their prey, but it turns out that neither of these is true. In fact, the goal of constriction is to interfere with the circulatory system, killing their prey by cutting off the blood supply to the brain.

These slithery critters aren’t picky eaters. With a generalist diet, they eat everything from small mammals like chipmunks, voles, and other rodents to small fish, frogs, and lizards.

Rat snakes have a pretty traditional reptilian life cycle. As springtime warms up, males will emit pheromones to attract a mate. They are oviparous, meaning they lay eggs that aren’t incubated by a parent. Furthermore, after laying a clutch of eggs in a hidden spot, the female will go about her business, leaving the hatchlings to fend for themselves. Their lifespan isn’t very well known and seems to depend on the species and conditions. Black rat snakes, for example, can live up to 30 years in captivity, but their lifespan in the wild is unknown.

Fun Fact: Rat snakes don’t provide any parental care to their little ones. They do, however, lay their eggs in a hidden spot, like a hollow log or under a rock.

Once you get past all our human prejudices about snakes, you can discover that they have some truly fascinating behaviors. Rat snakes, in particular, have quite a few amazing aspects to their ecology like musking, mimicry, and migration that we review below.

In general, rat snakes are mostly docile, though some species will be more aggressive if they feel cornered. However, many species have developed a sneaky, less energy-intensive defense. Instead of rearing up and trying to fight off a much larger predator, rat snakes will produce a foul-smelling musk. This behavior, called musking, tries to mimic a poisonous flavor and convince the attacker to drop its would-be prey. Similar to a skunk, however, the musk is completely harmless apart from being distasteful.

Fun Fact: Rat snakes would like to avoid biting you as much as you don’t want to be bit by them. Instead, they produce a smelly musk to deter predators.

Trees To Land To Water

Most species of rat snake don’t like to be pigeon-holed into a specific niche. In fact, they are habitat generalists and quite agile! They do enjoy life on the ground… slithering through the leaf litter and digging out cozy burrows. But most species are semi-arboreal, meaning they spend part of their lives in the trees. Very adept climbers, they expand their hunting ground vertically. Climbing trees gives them access to bird eggs — very easy pickings once you’ve scared the parent off.  Along with more food options, they climb the trees to find security. The black rat snake often rests in tree cavities that provide it a cozy shelter from predators and the elements.

Fun Fact: In addition to perusing the ground, rat snakes make amazing climbers — scaling trees for both food and shelter.

Rat snakes also expand their niche into the water. Many species are great swimmers and will hunt fish, frogs, and tadpoles in bodies of fresh water. They also are often found basking near the edge of the water while they wait for prey.

Fun Fact: Along with climbing and slithering, rat snakes are efficient swimmers. Many species will hunt for aquatic prey.

When threatened rat snakes have another trick up their sleeves (or lack thereof). If a predator isn’t close enough to musk, they will try to pretend to be their much scarier cousin. Coiled up, they will vibrate their tail to appear like a rattlesnake. This is such a well-known warning sign, that many potential predators will high-tail it out of the area! The threat is unfounded, as shaking their tail is the closest they will seem to a rattlesnake.

Living the life of a cold-blooded reptile, rat snakes are at the whim and will of their climate. If the temperatures get too cold, they are unable to muster the energy for hunting and survival. In environments with cold winter climates, they generally have two options: migration or hibernation. When winter starts, some species (like these in Illinois) will simply migrate to a warmer spot. Others may choose to hibernate. The black rat snake, for example, seeks out a frost-free den, like a rock crevasse, to snuggle up for the winter.

Fun Fact:  Often many snakes will hibernate together, with anywhere from 10-60 rat snakes in a single den!

Each rat snake has its own binomial name with a genus and species. While their common names are a bit easier to remember, some of them lack specificity, so we’ve listed the scientific name for each snake along with its common names. They also come in a wide range of patterns and colors, so be ready for some variations when you spot these in the wild.

Fun Fact: A nickname for many rat snake species is simply “chicken snake” because they are known to steal chicken eggs.

With a shiny black back and white belly scales, black rat snakes are pretty easy to identify. Native to the eastern United States, they are one of the largest snakes in North America, often growing over six feet long. 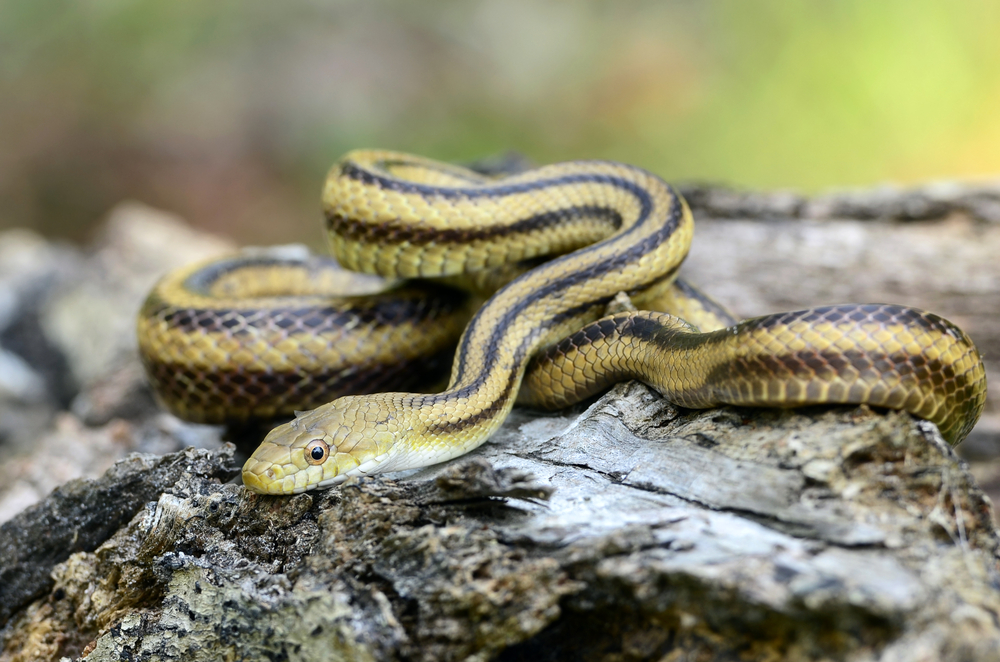 Including the subspecies of the yellow rat snake, these slithery friends live along the southeast coast of the United States from North Carolina to Florida. Juveniles are gray and blotchy, but as adults, the colors brighten up. They can be yellow, orange, tan, or gray, and sometimes even have longitudinal stripes. 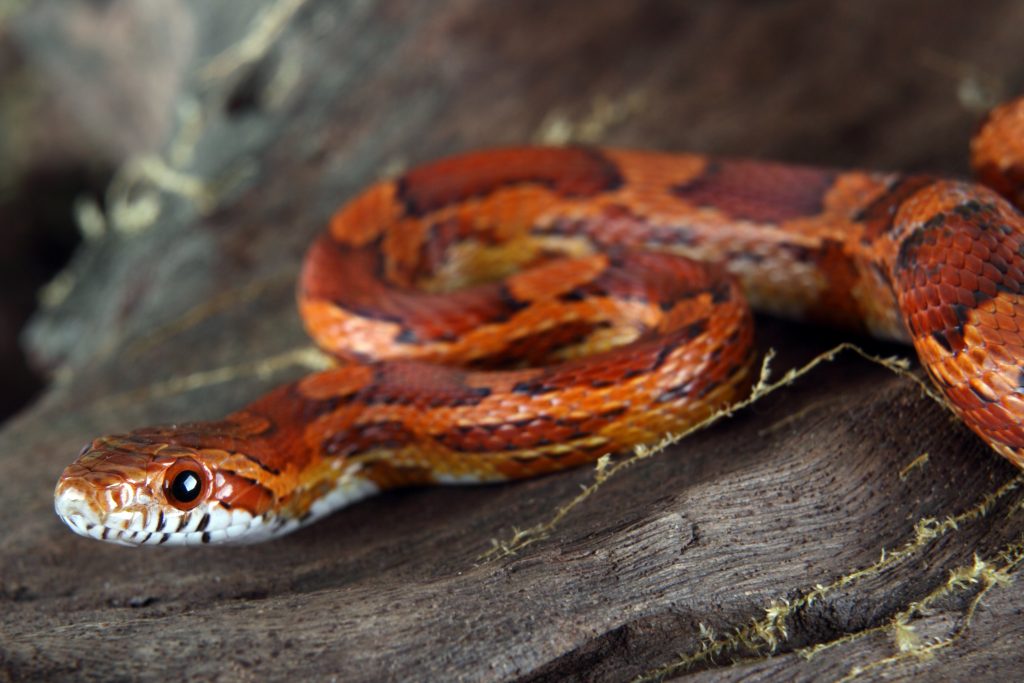 Found across the southeast, the corn snake is smaller than its cousins, though some individuals can reach four feet in length. Their dorsal (back) sides are rusty brown with red, orange, and brown splotches outlined in black. A white and black checkerboarded belly adds to their very striking appearance.

Fun Fact: The corn snake is the most popular choice for a serpentine pet. 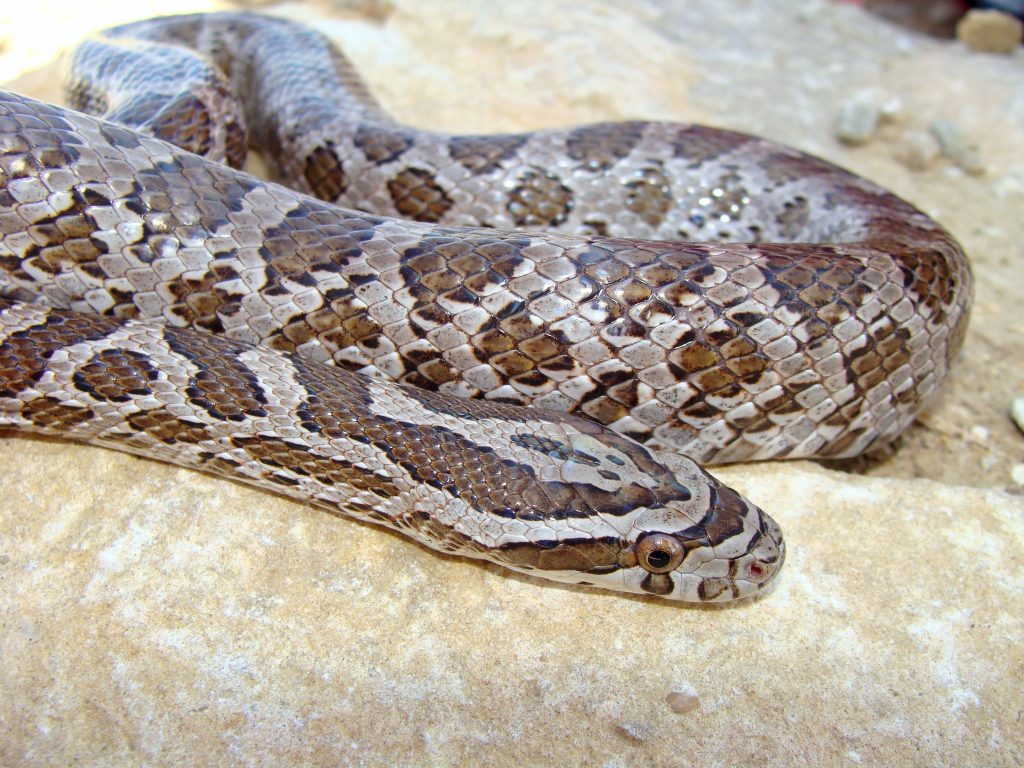 Another southern native, the gray rat snake lives between the Mississippi River and the Appalachian Mountains. The adults are gray with darker gray blotches on their backs. Additionally, they have very rough scales and have a larger keel than other species.

If you happen to encounter a rat snake in the wild, there are a few things to remember. First, congratulations! It’s a special experience to witness wildlife in their natural habitats, and many are camouflaged. If you aren’t an enthusiastic herpetologist, however, we can assure you that you’ll be just fine. Give the snake some space, and don’t pester it. Rat snakes are incredibly important for pest control, so we want to keep them around our ecosystems. If you are interested to learn more, grab a local ID guide for your state or region, and let the herp-ing (looking for reptiles and amphibians) commence!