A Brief History of the "Endangered Species Act" • Earth.com 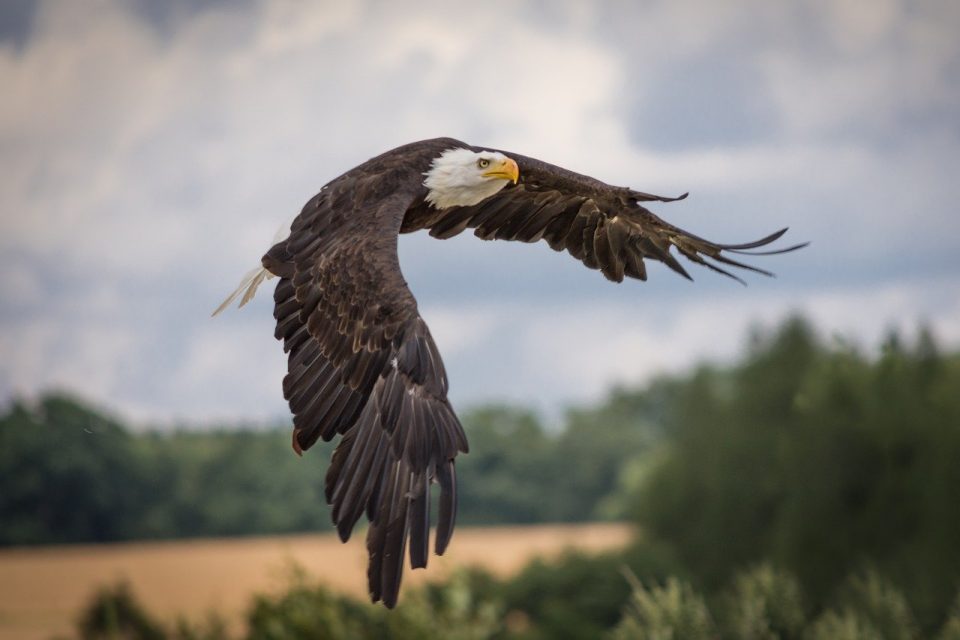 A Brief History of the "Endangered Species Act"

The Endangered Species Act is a foundational environmental law in the US. Known as a federal register of animals on the brink of extinction, it is a law that goes deeper than that. It has supported federal agents, activists, and everyday people in saving endangered species. From iconic Bald Eagles and lesser-known critters like the Island Night Lizard, the act has facilitated these species to temporary recovery.

Millions of people will flock to natural areas like Yellowstone this summer. The Endangered Species Act is connected to these national park areas and conservation.  So it’s a good time to take a look at the history of this law.

Protecting threatened animals and habitats seems like a no-brainer. However, the endangered species act is actually a relatively recent piece of legislation. It continues to change as time goes on. These policies have been mired in politics and conflicting motives from the very beginning. Understanding history can help you understand what’s going on today. In the following section, there is a timeline and brief history of the act:

Firstly, according to the U.S. Fish And Wildlife Service (fws.gov), this 1966 act was the first means of listing native animals as at-risk species. The act allowed the federal government to provide “limited protection” to these animals. Agencies could act to reserve critical habitats. The law authorized the Services to acquire land to this end.

Secondly, in 1969, congress amended the Preservation Act. It would now include additional protection for animals at risk of “worldwide extinction”. The USFWS explains that the additional protections included prohibiting people from importing or selling certain animal species in the United States. The legislation called for an international meeting to determine conservation plans for endangered animals on a global level.

1973: CITES or The Convention On International Of Endangered Species

Thirdly, in 1973 a conference was held in Washington D.C. 80 different nations signed the convention. The agreement centered on monitoring and restricting the international sale of threatened species.

Later in the same year as the convention, Congress unanimously passed the Endangered Species Act. President Nixon signed it into law. This was groundbreaking legislation because it defined “endangered” and “threatened” on a federal level. It stretched to include plants and invertebrates as eligible for protection. It prohibited federal agencies from funding or carrying out any action that would threaten or jeopardize listed species or their critical habitats. The act requires that federal agencies conserve endangered species and it also made matching funds available to states for cooperative agreements.

Also, within the ESA, the NOAA Fisheries is responsible for the “protection, conservation, and recovery of endangered and threatened marine and anadromous species”.

1978 And Beyond: ESA Amendments

Congress amended the ESA in 1978. These amendments allowed Federal agencies to take actions that would endanger listed species if cabinet-level committee gave them exemptions. Furthermore, critical habitat had to be listed concurrently with corresponding species and economic factors were to be taken into consideration when deciding on area boundaries.

Later, in 1982, Congress made further amendments, including that the status of species was to be determined independently of economic factors, and speeding up the process of evaluating candidate species.

In 1988 Congress determined that candidate and recovered species must be monitored and would be eligible for emergency listing if there were significant risks. Any recovery plans became open to public comment and mandated reports.

Additionally, in 2004, things changed yet again in conjunction with the National Defence Authorization Act. Congress amended the ESA, exempting the Defence Department from critical habitat designations as long as there was “an integrated natural resources management plan prepared” and accepted by the Secretary of the Department of the Interior.

There are conflicting views of the ESA. Not everyone was (or is) on board with the initiative. As a result, the supreme court has seen an increased amount of litigation around the ESA since the act’s inception. Conflicts might include home builders and birdwatchers – like in the case of the National Association Of Home Builders Vs. Defenders Of Wildlife. Sometimes, the argument at play is one of the various definitions of national security. An example of this would be Winter Vs. NRDC: Navy Sonar and Whales.

Our country continues to embody growing political extremism in the face of the climate crisis. The ESA as it currently stands is barely enough to protect animal and plant populations. Let’s hope it continues to be a force for the protection of biodiversity and habitat protection for the foreseeable future.

The Future Of the Endangered Species Act

While in power, the Trump administration made numerous attempts to attack the science-based decision-making and conservation tactics of the ESA. Even though this legislation is incredibly popular amongst most Americans, there are those still in office today who seek to chip away at it. For example, Rob Bishop of Utah, the former chairman of the House Committee on Natural Resources has often spoken about scrapping the law altogether and “modernizing it”. Environmentalists say does not bode well for the species this act was designed to protect.

Bold climate action from congress and the senate are necessary for the protection of biodiversity and natural resources.

Importantly, we can all participate in the endangered species act in small ways that can accumulate into massive changing tides. People-powered initiatives can and do address climate change.

For instance, we all know that ddt is bad and that styrofoam will be around for millions of years after we’re dead. Take the next step. Familiarize yourself with the endangered species list and how it relates to your region. Plant certain plants, restore your lawn to native specimen and for the love of compost, stop using synthetic pesticides.

Combat foreign species where you can, and maybe forage them for dinner (like in the case of garlic mustard). Vote for local national politicians who demonstrate dedication to green initiatives and value the environmental protection agency.

The danger of extinction is real and looming. Furthermore, our continued existence depends on the health and vitality of the landscapes we call home.

We all define our roles within communities of plants, animals, fungus, and people in different ways. However, in the face of the climate crisis, we have to find ways to move sustainably into the future. Whether you live on an island of the coast of Florida, in the redwoods of California, the crowded metropolises of New York, or the wilderness of Alaska, these conversations, legislations, and correlating activism will impact you.

With the imperiled species recovery of whooping cranes, gray wolves, monarch butterflies, grizzly bear, the American alligator, and so many more, our own species might recover and survive as well. Lastly, it won’t be the first time our species has risen to unprecedented circumstances.