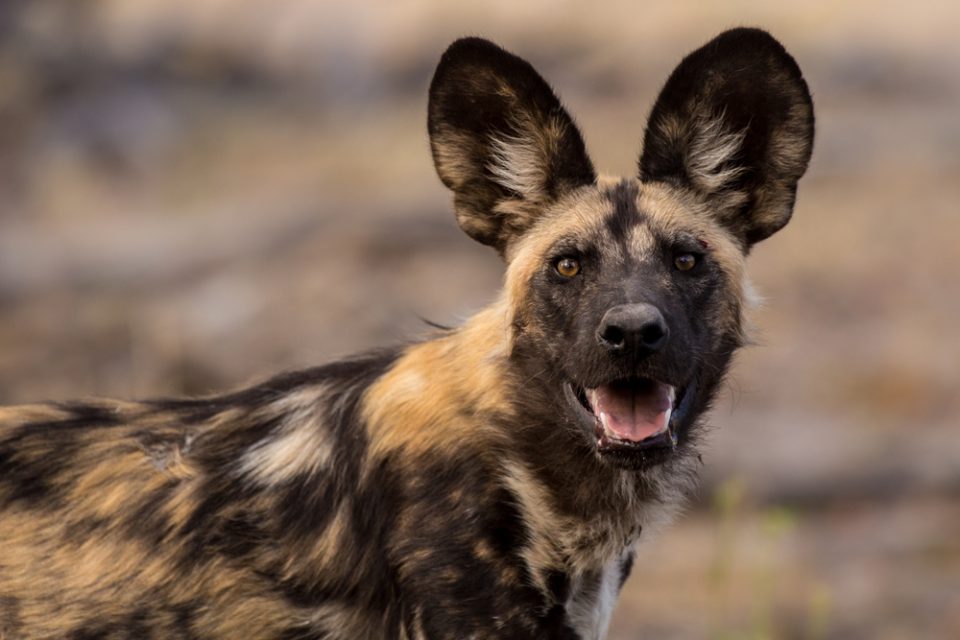 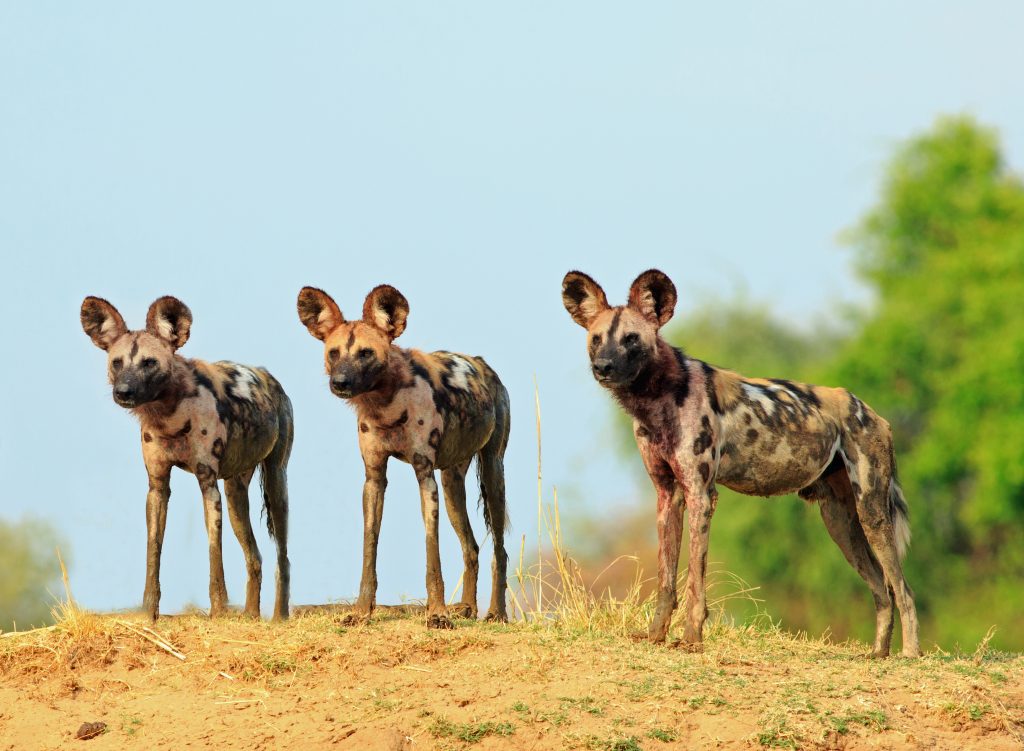 This canine, also known as the painted dog or Cape hunting dog, is known scientifically as Lycaon pictus. The African wild dog is the only species still living within its genus, Lycaon. Let’s take a closer look at L. pictus so that we can compare it to the hyena.

The International Union for Conservation of Nature (IUCN) lists the African wild dog as “endangered – population decreasing.” The IUCN breaks the historical and present populations up into geographical regions.

The African wild dog prefers open savannas and semi-arid plains. They generally avoid fostered areas, likely due to their hunting preferences. They require a long, unobstructed line of sight to chase down prey.

Like most canines, African wild dogs are extremely social animals. They live in packs with sizes ranging from several to over two dozen individuals. The wild dogs have a rather odd social hierarchy and pack structure. The males tend to stay with the pack, while the females disperse after mating. This means that males often outnumber females 3:1. 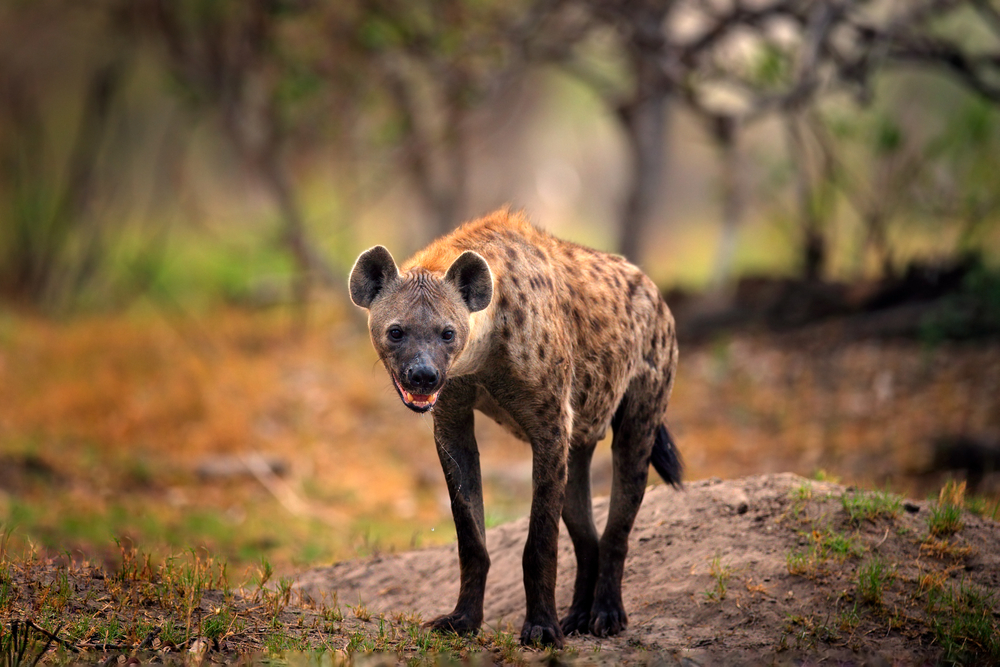 There are four species of hyenas: the aardwolf, spotted hyena, brown hyena, and the striped hyena. Their coats are extremely variant. Some species have spots, other stripes, others yet are a single solid color. They are united by their build, though. Hyenas have characteristically short hind legs and long front legs. This makes them appear to “slant” upwards towards the snout when standing. The largest species can grow to a shoulder height of roughly 36 inches and weigh up to 150 pounds.

The spotted hyena and aardwolf are listed by the IUCN as “least concern.” Similarly, the brown and striped hyenas are listed as “near threatened.” Collectively, their extant range covers the entirety of the continent of Africa as well as large parts of the Middle East. Individually, they cover different parts of this vast region.

Generally speaking, hyenas occupy the same type of habitats as African wild dogs. They prefer to live on wide-open plains, savannas, and grasslands. They are different than the wild dogs, though, in that hyenas also tend to occupy much more arid desert land as well as semi-mountainous terrain. 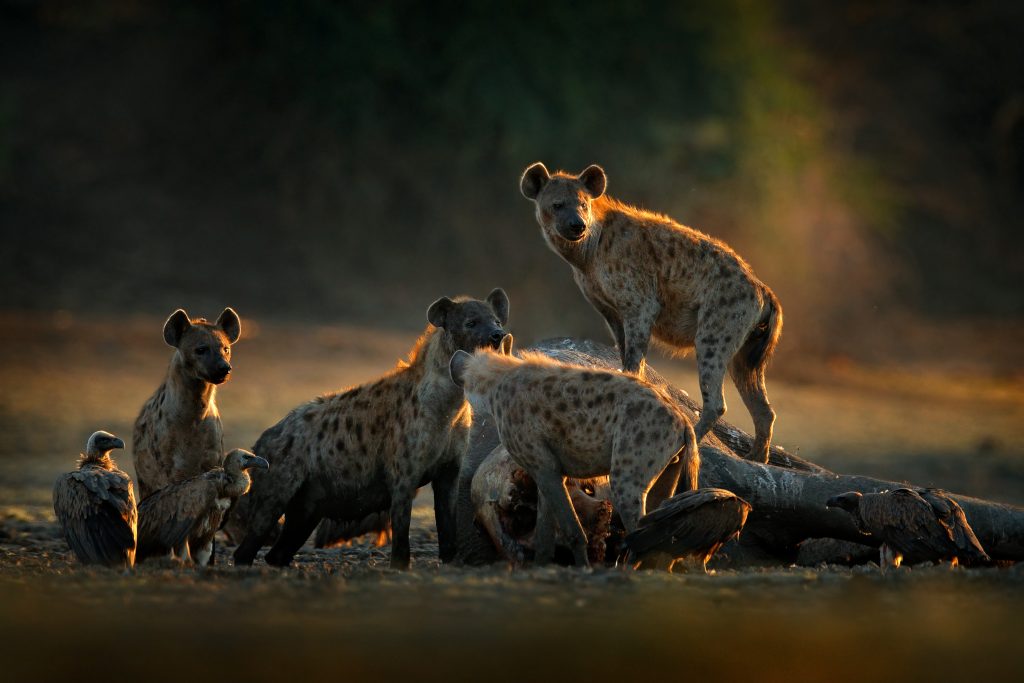 Now that we’ve had an in-depth look at both African wild dogs and hyenas, let’s sum up some of the major differences between them.