What Is Azurite? • Earth.com 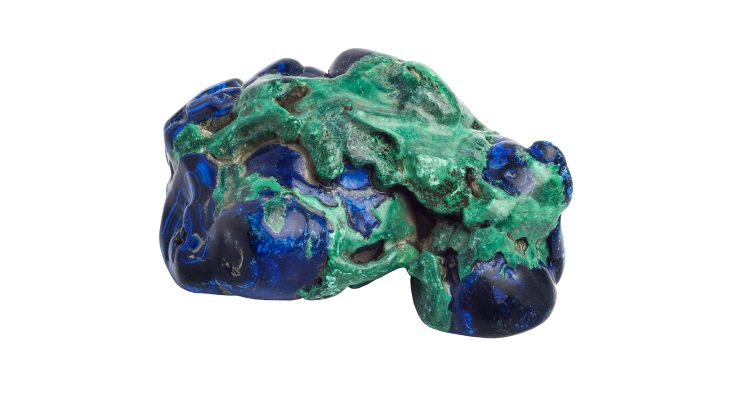 Azurite is a soft, deep blue copper mineral result from weathering of copper ore deposits. In the early 19th century, it was also known as chessylite after the type locality at Chessy-les-Mines near Lyon, France.

The mineral, a carbonate with the chemical formula Cu3(CO3)2(OH)2. People has known since ancient times, and in Pliny the Elder’s Natural History mentioned it under the Greek name kuanos (κυανός: “deep blue,” root of English cyan) and the Latin name caeruleum.

The blue of azurite is exceptionally deep and clear. For that reason the mineral has tended to be associated since antiquity with the deep blue color of low-humidity desert and winter skies. The modern English name of the mineral reflects this association, since both azurite and azure which came from via Arabic from the Persian lazhward, an area known for its deposits of another deep blue stone, lapis lazuli (“stone of azure”).