What is Beryl? • Earth.com 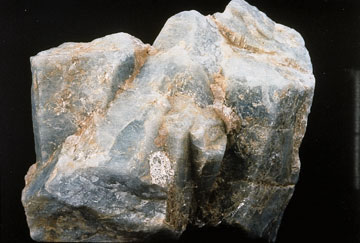 The mineral beryl is a beryllium aluminium cyclosilicate with the chemical formula Be3Al2(SiO3)6. The hexagonal crystals of Be3Al2(SiO3)6 may be very small or range to several meters in size. Terminated crystals are relatively rare. Beryl exhibits conchoidal fracture, has a hardness of 7.5-8, a specific gravity of 2.63-2.80. It has a vitreous lustre and can be transparent or translucent. Its cleavage is poor basal and its habit is dihexagonal bipyramidal. Pure beryl is colorless, but impurities is frequently tinting it; probably colors are green, blue, yellow, red, and white. The name comes from the Greek beryllos for the precious blue-green color of sea water.

Varieties have been considered gemstones since prehistoric times.

Beryl is found most commonly in granitic pegmatites, but also occurs in mica schists in the Ural Mountains and is often associated with tin and tungsten orebodies. It is found in Europe in Austria, Germany, and Ireland. Beryl occurs in Madagascar (especially morganite).

The most famous source of emeralds in the world is at Muso and Chivor, Colombia, where they make a unique appearance in limestone. Emeralds also located in the Transvaal, South Africa, Minas Gerais, Brazil, and near Mursinka in Urals. In the United States emeralds are found in North Carolina. New England’s also pegmatites have produced some of the largest beryls found, including one massive crystal with dimensions 5.5 m by 1.2 m (18 ft by 4 ft) with a mass of around 18 metric tons. Other locations include South Dakota, Colorado, Utah, and California.

Massive beryl is a primary ore of the metal beryllium.