What is Beryllium? • Earth.com 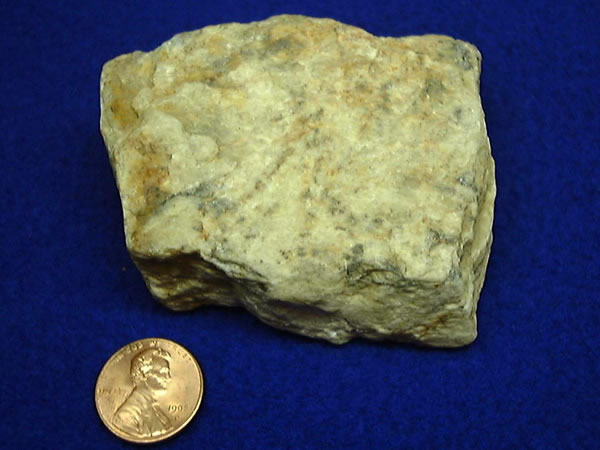 Beryllium is the chemical element in the periodic table that has the symbol Be and atomic number 4. A toxic bivalent element, It is a steel grey, strong, light-weight yet brittle, alkaline earth metal, that is primarily used as a hardening agent in alloys (most notably, beryllium copper).

Beryllium has one of the highest melting points of the light metals. The modulus of  its elasticity  is approximately 1/3 greater than that of steel. It has excellent thermal conductivity, is nonmagnetic and resists attack by concentrated nitric acid. It is highly permeable to X-rays, and neutrons are liberated when it is hit by alpha particles, as from radium or polonium (about 30 neutrons/million alpha particles). At standard temperature and pressures beryllium resists oxidation when exposed to air (although its ability to scratch glass is probably due to the formation of a thin layer of the oxide).

The name beryllium comes from the Greek beryllos, beryl. At one time beryllium was referred to as glucinium (from Greek glykys, sweet), due to the sweet taste of its salts. This element was discovered by Louis Vauquelin in 1798 as the oxide in beryl and in emeralds. Friedrich WÃƒÂ¶hler and A. A. Bussy independently isolated the metal in 1828 by reacting potassium on beryllium chloride.

Beryllium is found in 30 different minerals, the most important of which are bertrandite, beryl, chrysoberyl, and phenacite. Precious forms of beryl are aquamarine and emerald. The most important commercial sources of beryllium and its compounds are beryl and bertrandite. Currently, most production of this metal is accomplished by reducing beryllium fluoride with magnesium metal. Beryllium metal did not become readily available until 1957.

Of beryllium’s 10 isotopes, only beryllium-9 is stable. Cosmogenic beryllium-10 is produced in the atmosphere by cosmic ray spallation of oxygen and nitrogen. Because beryllium tends to exist in solution at pH levels less than about 5.5 (and most rainwater has a pH less than 5), it will enter into solution and be transported to the Earth’s surface via rainwater. As the precipitation quickly becomes more alkaline, Be drops out of solution.

Cosmogenic Be-10 thereby accumulates at the soil surface, where its relatively long half-life (1.51 million years) permits a long residence time before decaying to boron-10. Be-10 and its daughter products have been used to examine soil erosion, soil formation from regolith, the development of lateritic soils, as well as variations in solar activity and the age of ice cores.

The fact that Be-7 and Be-8 are unstable has profound cosmological consequences as it means that elements heavier than beryllium could not be produced by nuclear fusion in the Big Bang. Moreover, the nuclear energy levels of beryllium-8 are such that carbon can be produced within stars, thus making life possible. (See triple-alpha process and Big Bang nucleosynthesis).

Beryllium and its salts are toxic substances and potentially carcinogenic. Chronic berylliosis is a pulmonary and systemic granulomatous disease caused by exposure to beryllium. Acute beryllium disease in the form of chemical pneumonitis was first reported in Europe in 1933 and in the United States in 1943. Cases of chronic berylliosis were first described in 1946 among workers in plants manufacturing fluorescent lamps in Massachusetts. Chronic berylliosis resembles sarcoidosis in many respects, and the differential diagnosis is often difficult.

Early researchers tasted beryllium and its various compounds for sweetness in order to verify its presence. Modern diagnostic equipment no longer necessitates this highly risky procedure and no attempt should be made to ingest this substance. Beryllium and its compounds should be handled with great care and special precautions must be taken when carrying out any activity which could result in the release of beryllium dust (lung cancer is a possible result of prolonged exposure to beryllium laden dust).

This substance can be handled safely if certain procedures are followed. No attempt should be made to work with beryllium before familiarization with correct handling procedures.

Beryllium can be harmful if inhaled. The effects depend on period of exposure. If beryllium air levels are high enough (greater than 1000 ÃŽÂ¼g/mÃ‚Â³), an acute condition can result, called acute beryllium disease, which resembles pneumonia. Occupational and community air standards are effective in preventing most acute lung damage.

Some people (1-15%) become sensitive to beryllium. These individuals may develop an inflammatory reaction in the respiratory system. This condition is called chronic beryllium disease (CBD), and can occur many years after exposure to higher than normal levels of beryllium (greater than 0.2 ÃŽÂ¼g/mÃ‚Â³). This disease causes fatigue, weakness, and can cause difficulty in breathing. It can result in anorexia, weight loss, and may also lead to right-side heart enlargement and heart disease in advanced cases. Some people who are sensitized to beryllium may not have any symptoms. The general population is unlikely to develop acute or chronic beryllium disease because ambient air levels of beryllium are normally very low (0.00003-0.0002 ÃŽÂ¼g/mÃ‚Â³).

Swallowing beryllium has not been reported to cause effects in humans because very little beryllium is absorbed from the stomach and intestines. Ulcers have been seen in dogs ingesting beryllium in the diet. Beryllium contact with skin that has been scraped or cut may cause rashes or ulcers.

Long term exposure to beryllium can increase the risk of developing lung cancer.

The United States Department of Health and Human Services (DHHS) and the International Agency for Research on Cancer (IARC) have determined that beryllium is a human carcinogen. The U.S. Environmental Protection Agency (EPA) has determined that beryllium is a probable human carcinogen. The EPA has estimated that lifetime exposure to 0.04 ÃŽÂ¼g/mÃ‚Â³ beryllium can result in a one in a thousand chance of developing cancer.

Beryllium can be measured in the urine and blood. Its amount in blood or urine may not indicate time or quantity of exposure. Beryllium levels can also be measured in lung and skin samples.
Another blood test, the blood beryllium lymphocyte proliferation test (BeLPT), identifies beryllium sensitization and has predictive value for CBD.

Typical levels of beryllium that industries may release into the air are of the order of 0.01 ÃŽÂ¼g/mÃ‚Â³, averaged over a 30-day period, or 2 ÃŽÂ¼g/mÃ‚Â³ of workroom air for an 8-hour work shift.