What is Biotite? • Earth.com 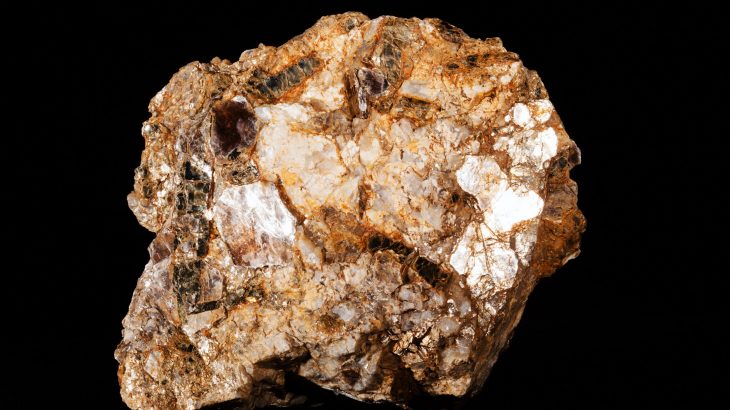 Biotite is a common phyllosilicate mineral that contains potassium, magnesium, iron and aluminium. It is sometimes called “iron mica” and is found in granitic rocks, gneisses, and schists. Like other mica minerals, biotite has a highly perfect basal cleavage, its flexible sheets easily flaking off. It has a hardness of 2.5 – 3, a specific gravity of 2.7 – 3.1, is colored greenish to brown or black, and can be transparent to opaque. Biotite is occasionally found in large sheets, especially in pegmatite veins, and also occurs as a contact metamorphic rock or the product of the alteration of hornblende, augite, wernerite, and similar minerals.
Biotite occurs in the lava of Mount Vesuvius, at Monzoni, and many other European locations. In the United States, it is found in the pegmatites of New England, Virginia and North Carolina, as well as in the granite of Pikes Peak, Colorado.
Biotite was named in honor of the French physicist Jean Baptiste Biot.