What is Calcite? • Earth.com 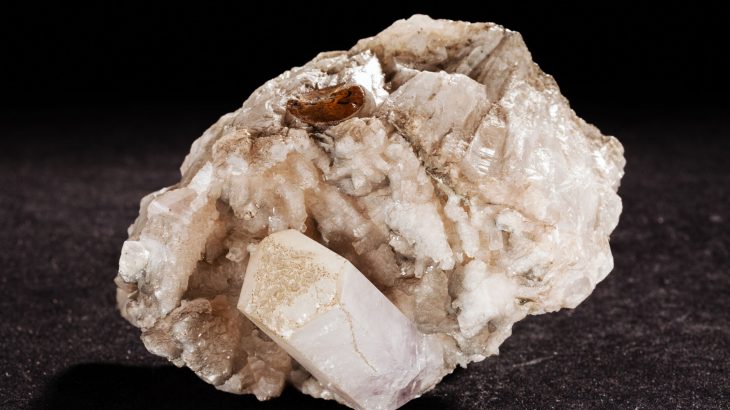 The mineral calcite is a calcium carbonate corresponding to the formula CaCO3 and is one of the most widely distributed minerals on the Earth’s surface. It is a common constituent of sedimentary rocks, limestone in particular. It is also the primary mineral in metamorphic marble. Calcite also occurs as a vein mineral in deposits from hot springs, and also occurs in caverns as stalactites and stalagmites. Calcite is often the primary constituent of the shells of marine organisms (e.g. plankton, bivalves, Gastropods, Polyplacophorans, Cephalopods, Mollusks, etc.) . It represents the stable form of calcium carbonate; aragonite will change to calcite at 470Ã‚Â°C.

Calcite crystals are hexagonal-rhombohedral, though actual calcite rhombohedrons are rare as natural crystals. However, they can show a remarkable variety of habit including acute to obtuse rhombohedrons, tabular forms, prisms, or various scalenohedrons. It may occur as fibrous, granular, lamellar, or compact. Cleavage is usually in three directions parallel to the rhombohedron form. Its fracture is conchoidal, but difficult to obtain. It has a hardness of 3, a specific gravity of 2.7, and its luster is vitreous in crystallized varieties. Color is white or colorless, though shades of gray, red, yellow, green, blue, violet, brown, or even black can occur when the mineral is charged with impurities. Calcite reacts when it comes into contact with hydrochloric acid, which causes effervescence.

Calcite is transparent to opaque and may occasionally show phosphorescence or fluorescence. It is perhaps best known because of its power to produce strong double refraction of light, such that objects viewed through a clear piece of calcite appear doubled in all of their parts – a phenomenon first described by Rasmus Bartholin.