What is Erosion? • Earth.com 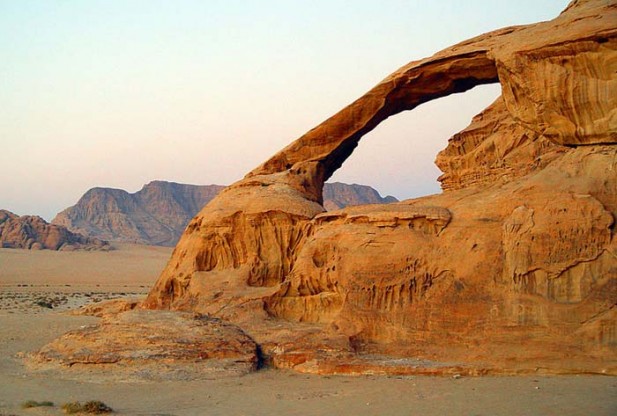 Erosion is the process by which rock and soil are taken from the surface of the Earth by exogenetic processes like wind or the flow of water, and then transported and deposited in another location.

While erosion is a natural process, human activities have increased by 10 to 40 times the rate at which erosion is happening globally. Excessive erosion results in problems such as desertification, decreases in agricultural productivity because of land degradation, sedimentation of waterways, and ecological collapse because of a loss of the nutrient rich upper soil layers. Wind and water erosion are now the two main causes of land degradation; when combined, they are held responsible for 84 percent of degraded acreage, making excessive erosion one of the most major global environmental issues.

Deforestation, roads, industrial agriculture, anthropogenic climate change and urban sprawl are in the midst of the most significant human activities regarding their effect on provoking erosion. However, there are many alternative land use practices available that can hold back erosion, such as terrace-building, revegetation of denuded soils and no-till agriculture.

Climatic factors include the intensity and amount of precipitation, the mean temperature, as well as the usual temperature range, seasonality, the speed of the wind, and the frequency of storms. Generally, given similar vegetation and ecosystems, the areas with high-intensity precipitation, more frequent rainfall, wind or more storms are expected to have more erosion.

The moisture, compaction, and composition of soil are all significant factors in determining the erosivity of rainfall. Sediments that contain more clay have a tendency to be more resistant to erosion compared to those with sand or silt, due to the clay helping bind the particles of the soil together. Soil that contains high levels of organic materials is frequently more resistant to erosion, because the organic materials clot soil colloids and form a stronger, more stable soil structure.

Vegetation acts as an interface between the soil and the atmosphere. It increases the permeability of the soil to rainwater, therefore decreasing runoff. It protects the soil from the winds, which causes a decrease in wind erosion, as well as advantageous alterations in microclimate. The roots of the plants keep the soil together, and interweave with other roots, creating a more solid mass that’s less vulnerable to both the water and wind erosion. Taking away this vegetation increases the rate of surface erosion.

The warmer atmospheric temperatures that have been observed over the past decades are expected to cause a more vigorous hydrological cycle, including more extreme rainfall events. A rising in the sea levels that has occurred caused by climate change has greatly increased coastal erosion rates as well.