What is Heat Lightning? • Earth.com 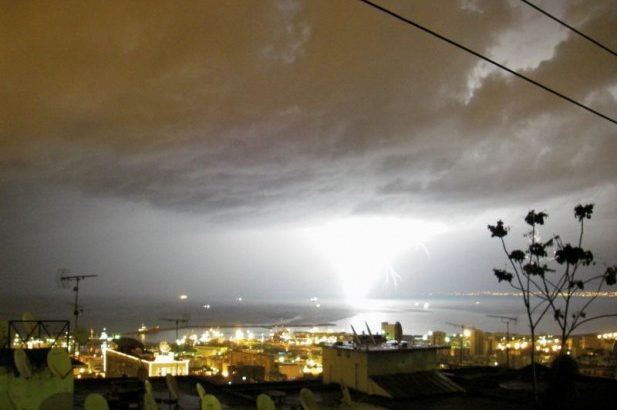 What is Heat Lightning?

Heat lightning is simply faint flashes of light reflecting outward from distant thunderstorms. The light is actually regular lightning that is seen from over the horizon. These flashes are too far away (10+ miles) to hear the sound that is normally produced by thunderstorms. The reason for the term ‘heat lightning’ is said to be because they often occur on hot summer nights.

Heat lightning being so clearly visible from so far away is a matter of reflection, as well as magnification. Due to light reflecting off of water particles in the moist, humid air, the light is able to spread throughout the upper atmosphere. Over flat terrain, the lightning flashes can be seen up to 100 miles away.

Heat lightning is sometimes an early warning sign of an approaching storm. While lightning normally produces thunder, the sound of thunder rarely travels more than 10 miles. Other factors contributing to the quiet nature of heat lightning are:

Lightning itself is a discharge of electrical energy reaching temperatures of up to 25,000°C — hotter than the surface of the sun. The friction from ice and water particles rubbing together cause positive and negative charges to distribute within storm clouds, producing sparks. What we see during a flash of lightning are streams of plasma that the positive and negatively charged particles can travel through.