What is Liver? • Earth.com 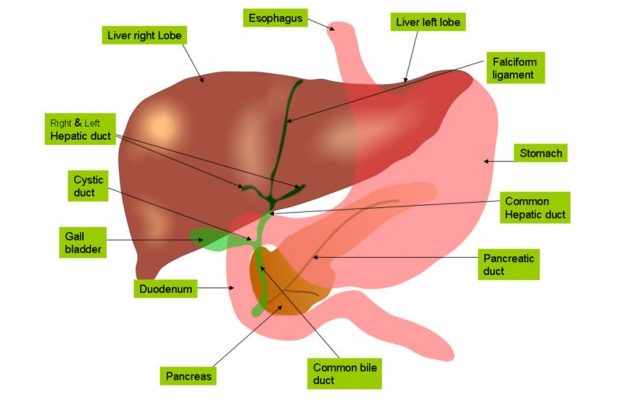 The liver is the organ in charge of processing, neutralizing and excreting certain secretions for the metabolic processes.

The liver is considered to be both the largest internal organ and the largest gland in the human body. It is situated just below the diaphragm, to the right of the stomach and on top of the gallbladder. There are two ways blood can travel to and from the liver: the hepatic artery and the portal vein. The hepatic artery carries blood solely from the aorta, while blood from the spleen, pancreas and gastrointestinal tract is carried by the portal vein. These are both connected to the lobules.

The lobes volume is made up of 80% parenchymal cells (hepatocytes) while 6.5% of its volume is provided by non-parenchymal cells even though they make up 40% of the liver’s entire cell count.
The liver is the place where bile is produced. After it is produced, it goes into bile canaliculi which stem from bile ducts. Once caught there, they eventually drain into both the left and right hepatic ducts and on to the gall bladder.

The liver is covered by a double-layered membrane called the visceral peritoneum, often shortened to peritoneum. The peritoneum creates the left and right triangular ligaments as well as the falciform ligament. The left and right triangular ligaments have no real purpose while the falciform ligament works to attach the liver to the body’s anterior wall. The liver is divided into four lobes; the right, left, caudate and quadrate lobes. The functional lobes are divided by Cantlie’s line, an invisible plane of the liver.