What is Mudflats? • Earth.com 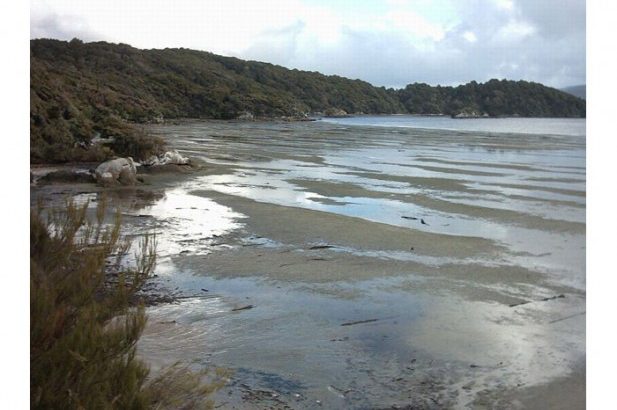 Mudflats, or otherwise known as tidal flats, are coastal wetlands that form when mud is left behind by tides or rivers. They’re found in sheltered regions such as bayous, lagoons, estuaries, and bays. Mudflats might be seen geologically as exposed layers of bay mud, a result from :

The majority of the sediment in a mudflat is within the intertidal zone, therefore the flat is submerged and exposed about twice per day.

In the past, tidal flats were thought to be unhealthy, economically insignificant areas and were frequently scoured and developed into agricultural land. Several particularly shallow mudflat regions, like the Wadden Sea, for example, are now accepted among those practicing the sport of mudflat hiking.

On the Baltic Sea coast of Germany in some locations, mudflats are exposed not by tidal action. But instead by wind-action driving the water away from the shallows into the sea. These mudflats that are affected by the wind are called windwatts in German.

Tidal flats, in addition to intertidal salt marshes and mangrove forests, are essential ecosystems. They normally support a large population of wildlife and they are an important habitat that enables tens of millions of migratory shorebirds to migrate from their breeding sites within the northern hemisphere to their non-breeding sites within the southern hemisphere. They’re often vitally important to migratory birds as well as certain species of crabs, mollusks, and fish. In the United Kingdom, they have been classed as a Biodiversity Action Plan priority habitat.

Maintaining these mudflats is vital in preventing coastal erosion. However, mudflats worldwide are threatened from