What is Sandhills (Nebraska)? • Earth.com 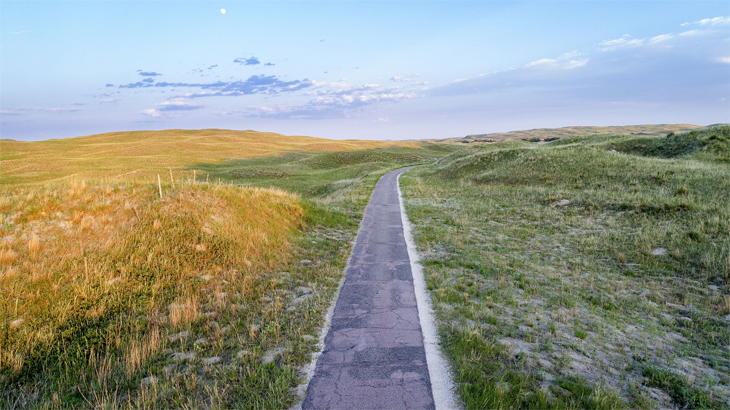 What is Sandhills (Nebraska)?

frequently written as Sand Hills, is a region of mixed-grass prairie on grass-stabilized sand dunes within north-central Nebraska, covering just over a quarter of the state. The dunes were established as a National Natural Landmark in the year 1984.

The boundaries of the Sandhills are defined by various standards by different organizations. Depending on the definition, the region’s area can be as small as 19,600 square miles or as large as 23,600 square miles.

The dunes located in the Sandhills may exceed 330 feet in height. The average elevation of the region continuously increases from 1,800 feet in the east to about 3,600 feet in the west.

The Sanhills sit on top of the massive Ogallala Aquifer; therefore both permanent and temporary shallow lakes are frequent in low-lying valleys between the grass-stabilized dunes that are common in the Sandhills. The eastern and central sections of the area are drained by tributaries of the Loup River and Niobrara River, while the western portion is largely made up of small interior drainage basins.

The World Wide Fund for Nature established the Sandhills as an ecoregion, distinct from other grasslands of the Great Plains. According to their assessment, as much as 85 percent of the ecoregion is intact natural habitat, the highest level within the Great Plains. This is most importantly because of the lack of crop production: the majority of the Sandhills land has never been plowed.

The Sandhills is the largest and most intricate wetland ecosystem within the United States. So it is containing a large collection of animal and plant life. Minimal crop production has led to limited land fragmentation; the resulting habitat is extensive and continuous for plant and animal species. It also has largely preserved the biodiversity of the region.

It’s thousands of ponds and lakes replenish the Ogallala Aquifer, which feeds creeks and rivers such as :

These bodies of water host many species of fish. The lakes are mostly sandy-bottomed and provide water for the cattle in the region, as well as a habitat for aquatic species. However, some lakes within the area are alkaline and support several species of phyllopod shrimp.