What is Taiga? • Earth.com 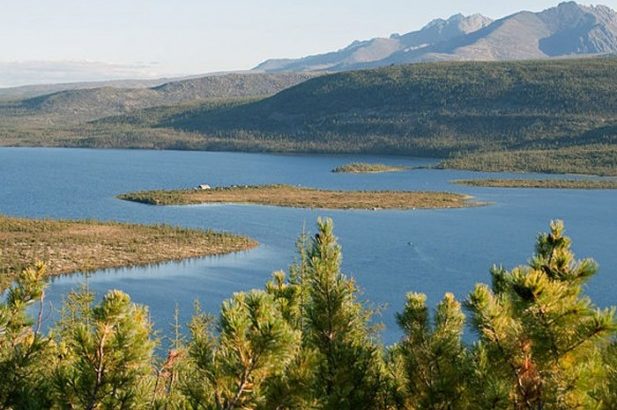 Taiga or boreal forest is a biome that is characterized by coniferous forests made up of spruces, larches, and pines.

The taiga is the world’s largest terrestrial biome. In North America, it covers most of inland Canada and Alaska as well as portions of the extreme northern continental United States and is known as the Northwoods. It covers most of Sweden, Finland, much of Norway, lowland/coastal areas of Iceland, much of Russia, northern Kazakhstan, northern Mongolia, and northern Japan as well. On the other hand, the main tree species, the length of the growing season and summer temperatures fluctuate. As the world’s largest land biome, it makes up 29 percent of the world’s forest cover.

The largest regions are found in Russia and Canada. Taiga is the terrestrial biome that has the lowest annual average temperatures after the tundra and permanent ice caps. The lowest reliably documented temperatures within the Northern Hemisphere were recorded in the taiga of northeastern Russia. It manages a sub arctic climate with a very large temperature range between seasons, but the long and cold winter is the dominant characteristic.