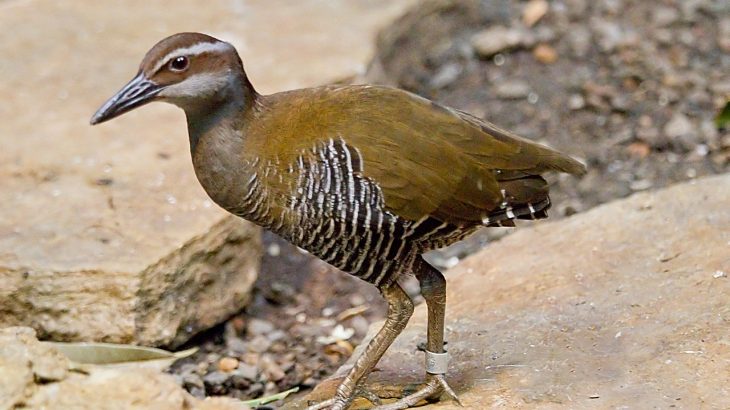 The vast natural lands and the diverse species they support are arguably America’s greatest assets. The open spaces of the American West provide a huge, fairly natural habitat for many species. However, many of the most interesting state birds live in the south, the east, or even the tropical US territories.

Theodore Roosevelt said, “We have fallen heirs to the most glorious heritage a people ever received, and each one must do his part if we wish to show that the nation is worthy of its good fortune.”

Within this “glorious heritage” are over 1,000 species of birds. From birdwatchers to hunters, people have always taken great interest in these avian animals. In 1927, the state legislatures of Texas and Maine picked the first state birds in the US. They selected the Northern Mockingbird and the Chickadee respectively. As a result, this started a trend that has helped Americans connect their regional identity with nature. Climate change threatens to evict many of these species from the states that have claimed them. Hopefully, this impending loss will help Americans wake up to the realities of climate change and species loss.

Though each of the 50 US states (plus DC and 5 US territories) has a state bird, there are some duplicates. In total, the list of US State birds includes only 22 distinct species. For example, the Northern Cardinal appears on this list 7 separate times! Though there is certainly some lack of creativity in this list, there are also some beautiful and unique species represented.

Here we highlight 7 of our favorite state birds. These species represent a small slice of the incredible diversity in American birds. 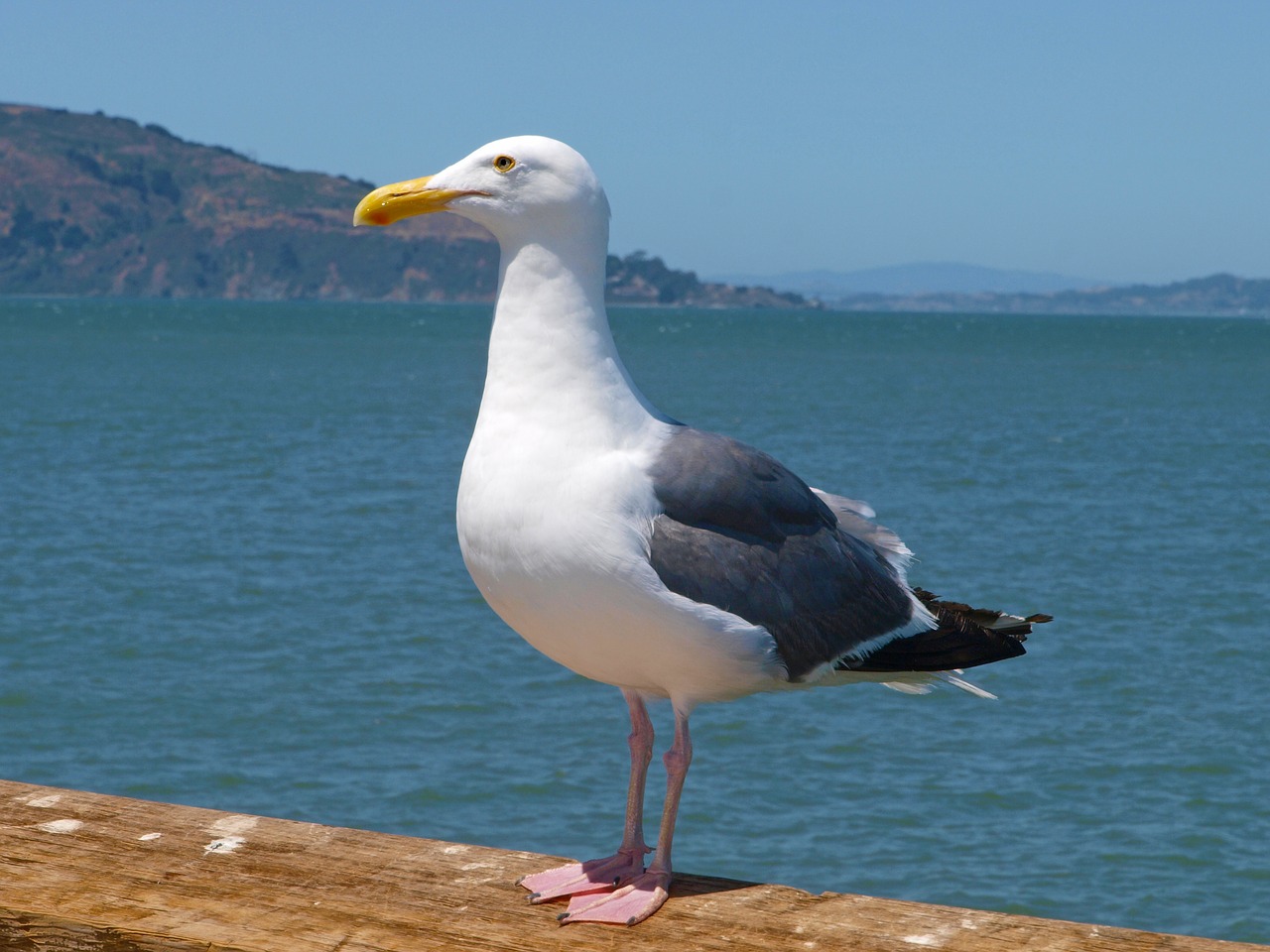 The ubiquitous seagull may seem like an odd choice for a list of the most interesting state birds. However, the story behind Utah’s choice makes the case. Utah selected this bird in 1955 to commemorate how this species saved early Mormon communities from an infestation of crickets. In 1848 crickets were destroying all of the crops in the fields, threatening to leave the Mormons with nothing to eat. In Orson F. Whitney’s account of events, the seagulls magically appeared in huge flocks. Next, they settled on the infested fields and gorged themselves on the pests. Then as quickly as they appeared, they were gone. Describing this, Whitney said they returned “to the lake islands whence they came.” This wild story has lead to a seagull monument in Salt Lake City.

This story is likely dramatized. Seagulls have long lived in the Salt Lake area, eating crickets and other insects. In addition, the California Gulls have a large range covering most of the west coast and stretching well into the interior of the United States. 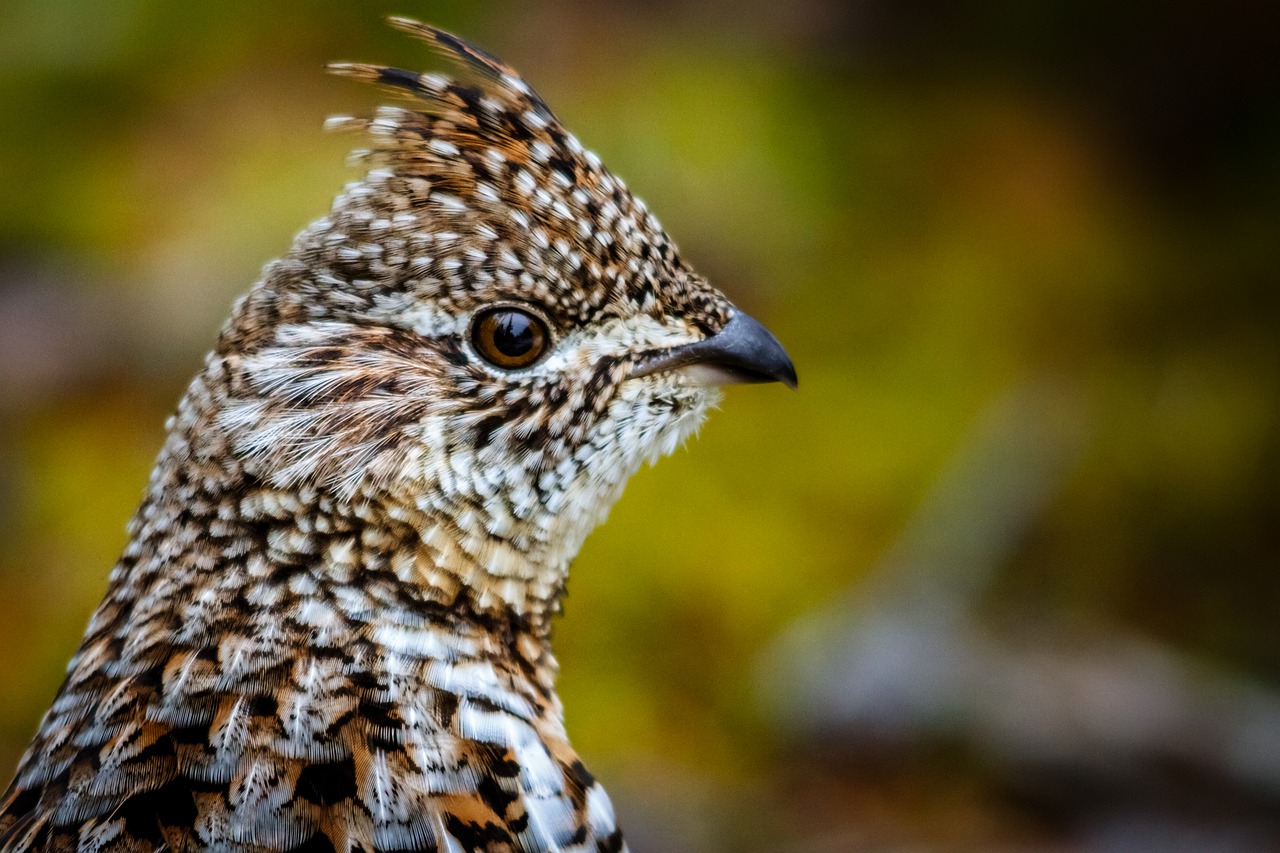 The Ruffed Grouse is a small grouse with a large range! Though it is the state bird of Pennsylvania, its range includes much of Canada, the Northeastern United States, the Rocky Mountains and the Pacific Northwest. Consequently, according to the International Union for Conservation of Nature (IUCN), it is not at risk of extinction, though its population is shrinking.

The Ruffed Grouse has impressive and attractive colorations. It has a generally reddish-brown to grey color. Black bands around their necks look like a fancy necklace. The males have an impressive mating call that sounds like a deep bass drum. This bird is a uniquely beautiful and interesting state bird. 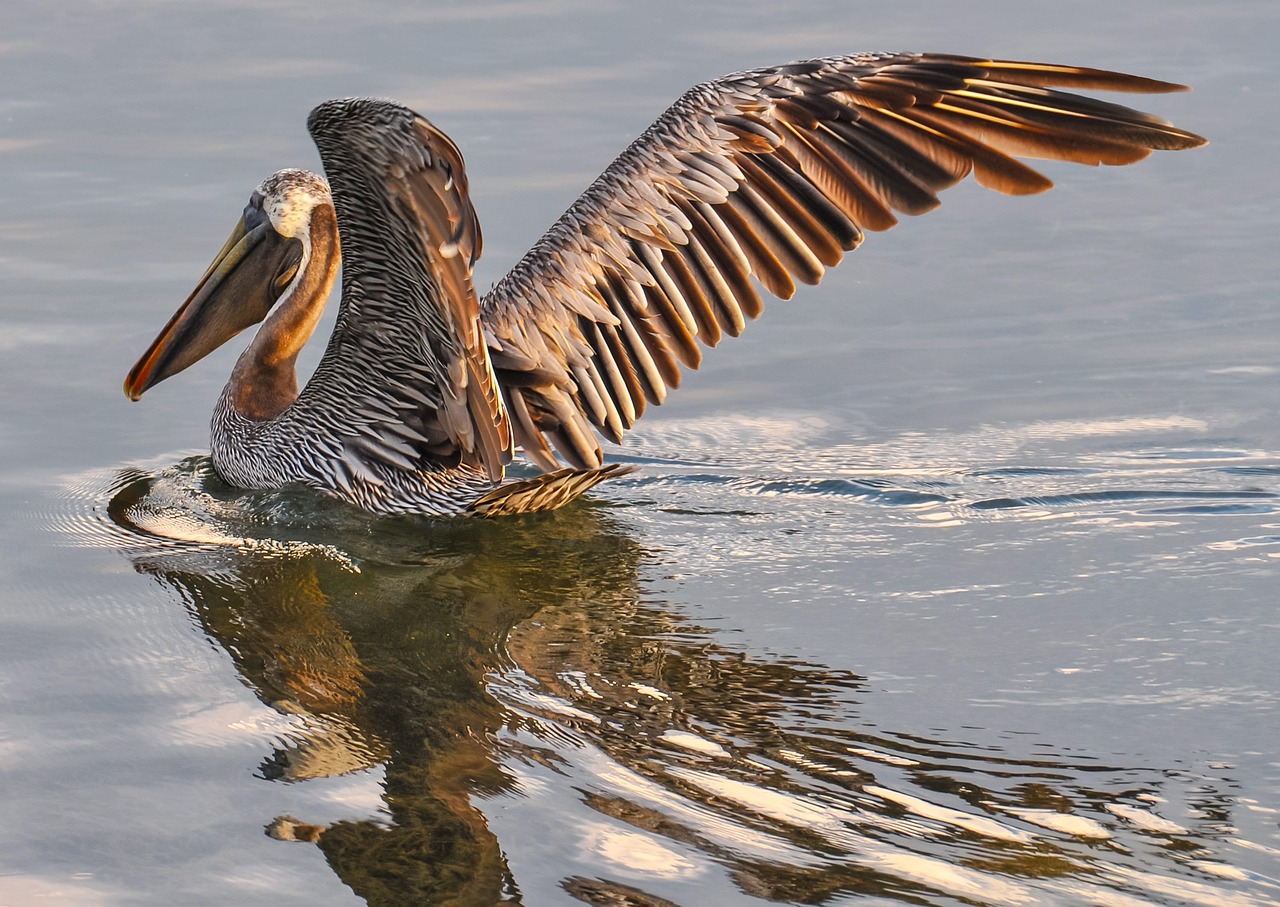 The Brown Pelican is a bird native to the Louisiana coast in addition to the entire Gulf of Mexico and the Carribean Sea. They are not considered threatened and have an increasing population.

These pelicans sport a bright yellow head that looks quite stylish. Like other pelicans, these birds have a large expandable throat pouch. They use this pouch to scoop up fish and swallow them whole. These birds are quite large, with an impressive wingspan of over 6 feet! As a result, they use their enormous wings to glide elegantly through the sky. 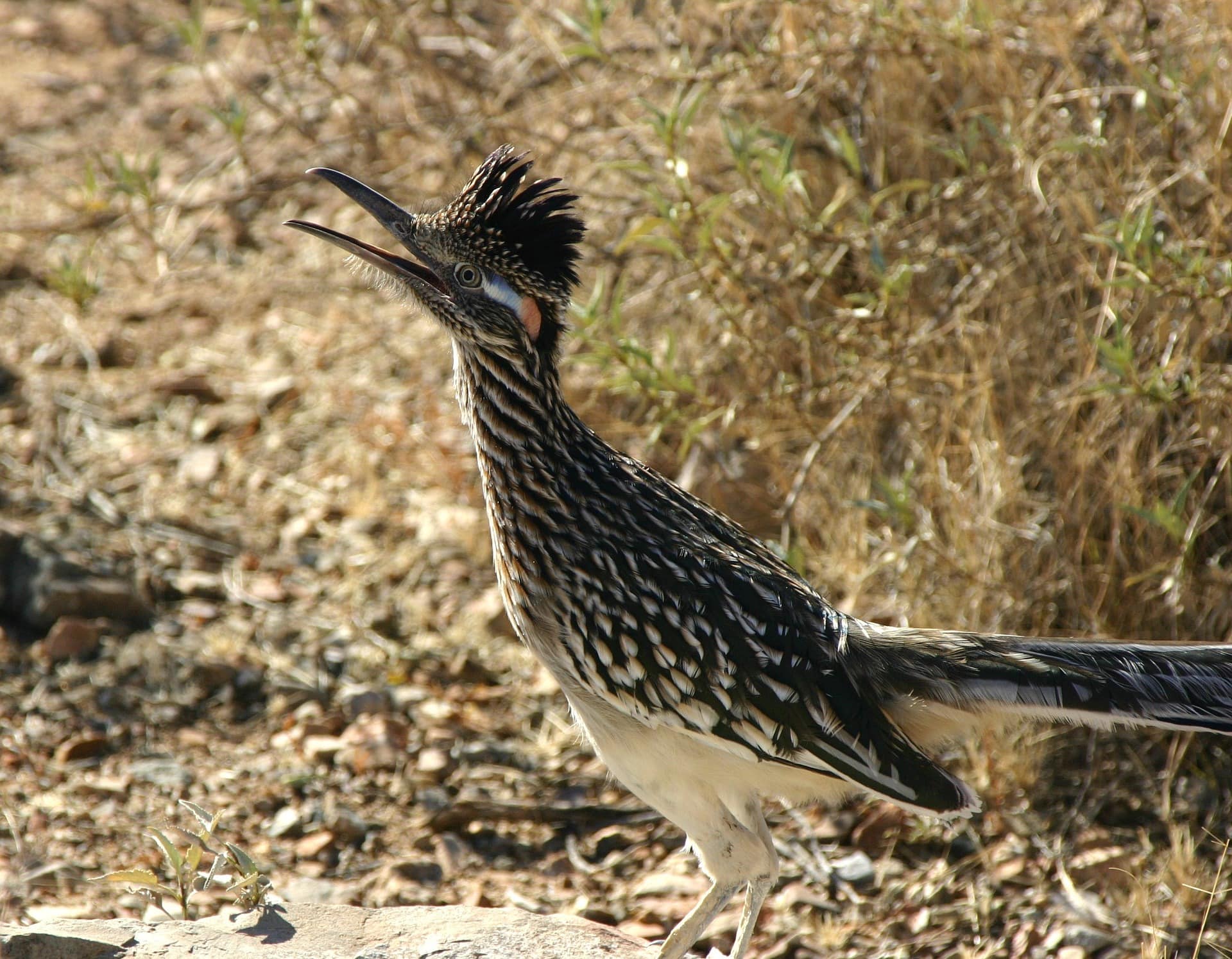 This bird is the real-life inspiration behind The Roadrunner of the Looney Toons universe. They are most closely associated with the American Southwest. However, these birds are a type of cuckoo that live from the Mississipi River to the West Coast. They extend from as far north as Colorado and as far south as Mexico City. They are not threatened in their native range.

Though these birds can fly, they are not very good at it. Instead, they prefer to run. They can reach 20 mph, an impressive speed for their size (1’ 9”.) They use their speed to hunt for lizards, small mammals, and other birds. This birds cultural background, speed, and unique appearance make it one of the most interesting state birds. 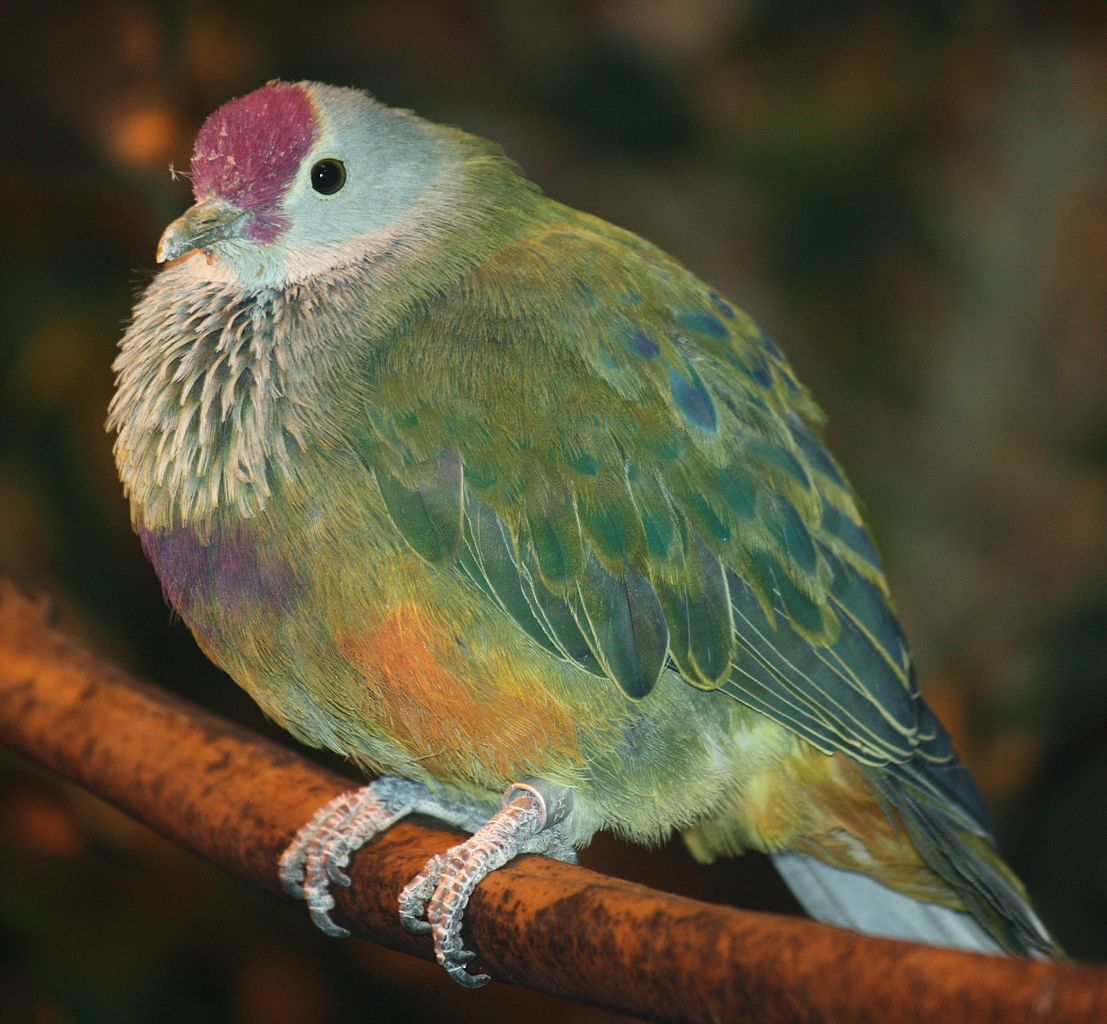 Yes, I am aware. The Commonwealth of the Northern Mariana Islands (CNMI) is a US territory, not a state. However, if CNMI and the other US territories have to follow federal law and pay federal taxes without representation, it seems that considering their endemic rare state bird on this list is truly the LEAST we could do.

This species is highly endangered. This Mariana Fruit Dove has been decimated by invasive tree snakes. Keep reading to number one to learn more about the role of invasive snakes on tropical Pacific islands.

The IUCN lists the Mariana Fruit Dove as endangered with a decreasing population. They estimate that there are only 10,000-20,000 living birds. Despite this, no program to restore this population exists. 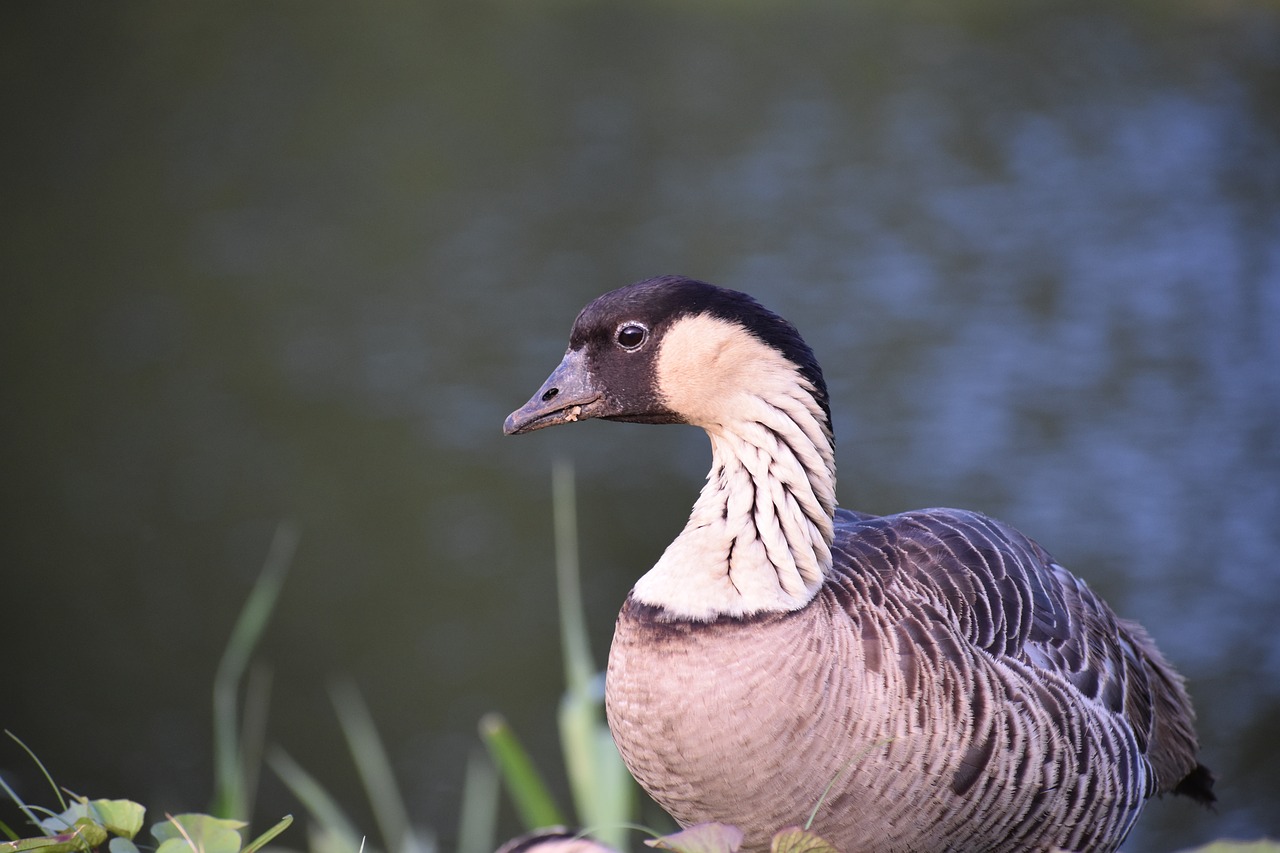 This species is the sixth most endangered species of waterfowl in the world. It faces many threats today. Invasive predators, food scarcity, loss of habitat, and car fatalities are all threatening this rare species. This rare species is certainly one of the most interesting state birds.

This species is being bred and reintroduced successfully. Conservationists combine breeding with supplemental feeding, predator removal and restoration of natural habitat. The IUCN lists it as a vulnerable species, with an increasing population. 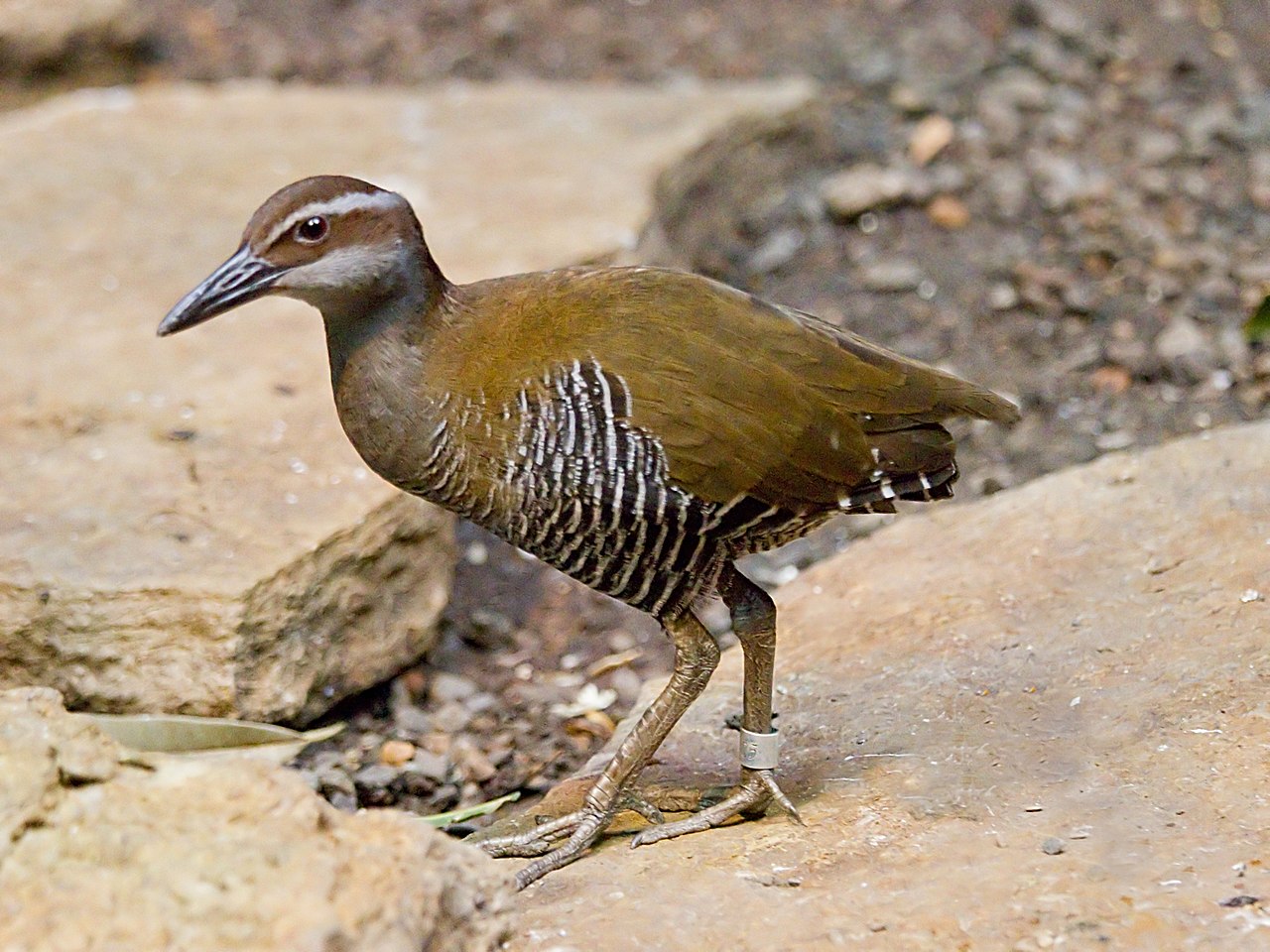 OK, sure, this is also not technically a “State” bird. It is also technically extinct in the wild according to IUCN. But again, if Guam has to follow federal law and pay federal taxes without representation, we can at least acknowledge this incredible bird. I would argue that despite, or even because of this, it is the most interesting state bird.

The Guam Rail is also an obvious winner on this list. This bird was endemic to (only found on) Guam. It is a small bird, growing to 11 inches long. They are fast-running birds that are extremely territorial and secretive. The story of this bird is sad but provides an important reminder of the delicate nature of ecological systems.

The Destruction of Guam

This bird has since gone extinct on the island. Many of Guam’s other rare endemic species had a similar fate, though most will never be revived. The mass extinction of Guam’s unique birds is due to the introduction of the brown tree snake. These were likely inadvertently introduced by cargo ships. This destructive pest has killed all of Guam’s birds. These changes have had cascading effects on the delicate island ecosystem of Guam. Losing birds prevents trees from spreading, threatening the forests and all the animals living in it. Many self-perpetuating feedback loops have begun to destroy the natural ecology of Guam.

The destruction of Guam’s natural resources is a steep price to pay for strategic advantage and shipping routes. Unfortunately, the citizens of Guam have little recourse. The status of Guam as a US territory has allowed the United States to ignore these issues.

There are now two established wild populations on islands near Guam, Rota, and Cocos. The Guam government introduced these populations from Guam Rails bred in captivity. Programs on Guam and in the United States are working to breed viable populations of this rare species. These islands do not have the same pests as Guam and are less populated. Hopefully, these programs can save this unique species and reverse a small part of the damage done.