Top Mugwort Uses (and Where to Find It) • Earth.com 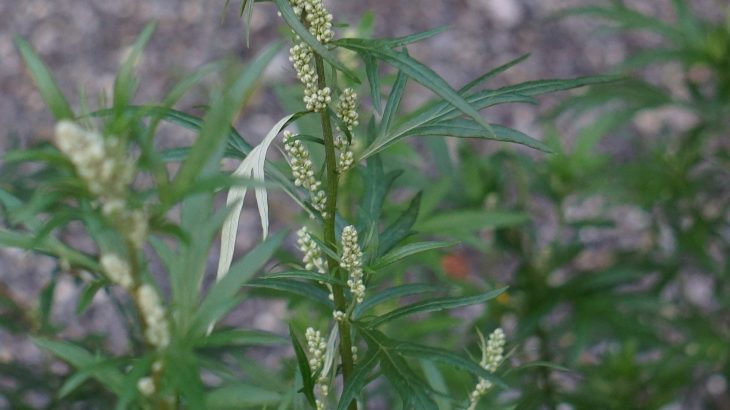 Top Mugwort Uses (and Where to Find It)

Some plants seem to have traveled through time, alongside Homo sapiens every step of the way. Wherever we explore, live our lives, and build societies, some plants are right there too – quietly providing support throughout the generations. Mugwort is one of those plants, though lesser-known compared to others. If you’re new to the world of mugwort – welcome! There is a rich lineage of collaboration between people and mugwort who have known where to find it, how to identify it, and when to use it. 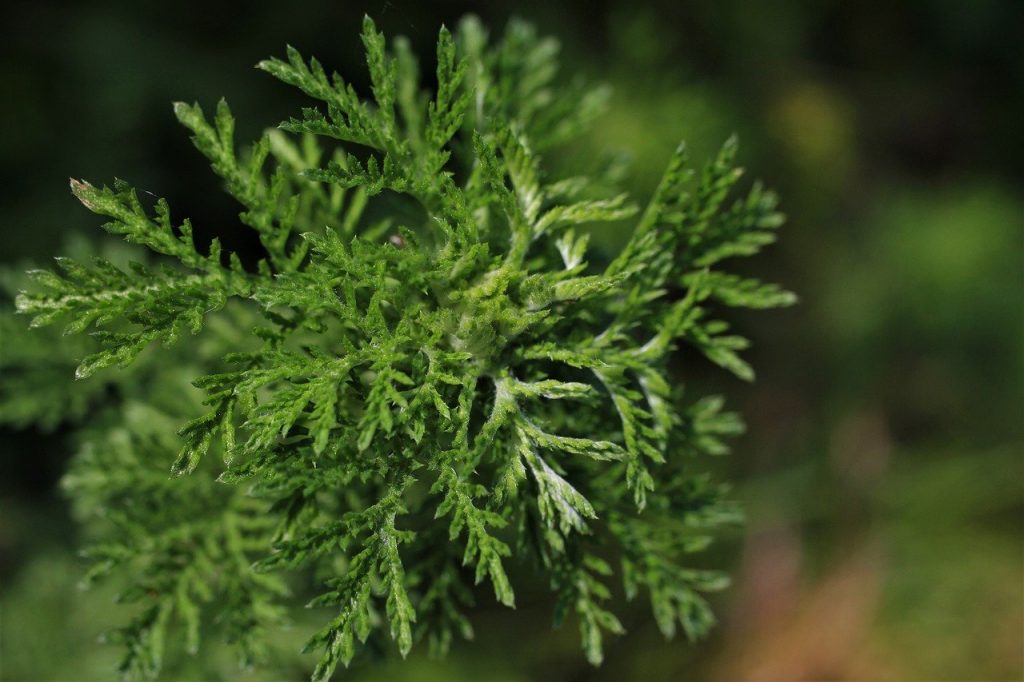 Mugwort is the common name for eleven species of plants from the genus Artemesia. Species include Artemesia argyi in Chinese Medicine and Artemesia vulgaris, native to Europe, and now used across the globe for its healing and culinary benefits. This article will focus on the species Artemesia vulgaris, specifically.

Other names used by gardeners for this species include Traveler’s Herb, Artemis Herb, Motherwort, Bulwand, and Muggons, among others. The etymology of the word Mugwort is traced back to Anglo-Saxon, Old Norse, Old English, and Old High German – relating to the way it was used in these cultures and stemming from words like “root” and “marsh”. Artemisia vulgaris shows up in “Nine Herbs Charm” – a charm verse dating back to the tenth century. 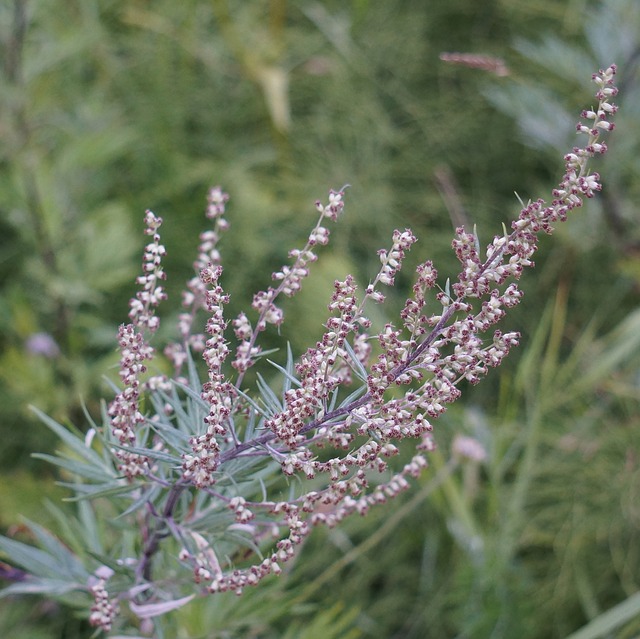 [Image by Merja Partanen on Pixabay]

Identifying Mugwort Out In The World

So how do you know if you’re staring straight at a patch of mugwort? Its dark green leaves are a strong identifier. The leaves are deeply lobed and hairless on top, but their underside will be silvery-white and covered in downy hairs. If you are familiar with the smell of sage, this plant should smell similar. If flowering, the stems will be purple-ish red and lead to inconspicuous wooly flowers that will be red or pale yellow. It is very easy to confuse this plant with Wormwood (the plant that gives us absinthe!) which is silvery-white on both sides of the leaves.

As a plant that is high in vitamin C and unsaturated fatty acids, people have used mugwort for many ailments across time and continents. In folk medicine, herbalists often refer to it as the “woman’s herb” because it was historically used to promote menstruation and induce childbirth. In Ireland, mugwort was popularly used as an available alternative to tobacco, where people also considered it an appetite stimulator. Depending on your definition of medicinal, you might also include the use of mugwort – especially when it is dried and smoked – to enhance and promote dreams. This is why you may have heard mugwort referred to as the “dream plant.”

Mugwort shares a similar role in the kitchen as sage and is popularly used to season meats and was a precursor to the use of hops in flavoring beer.  A quick google search will lead to all sorts of creative ways to ingest this plant, including mugwort jelly, mugwort mushroom soup, mugwort and lemon beer, and even a mugwort smoothie.

While mugwort isn’t guaranteed to help you much on any of the popular app-based dating services, it can come in really handing when you need to build a fire. The dried leaves and downy hairs on the underside of the plant can be helpful tinder in the wilderness. While no one wants to find themselves in a post-apocalyptic scenario of building a fire in the wilderness with no experience, you can file this little factoid in the part of your brain where you store the “just in case” information, should the need arise. Let’s all hope that 2020 does not, in fact, escalate to this level. 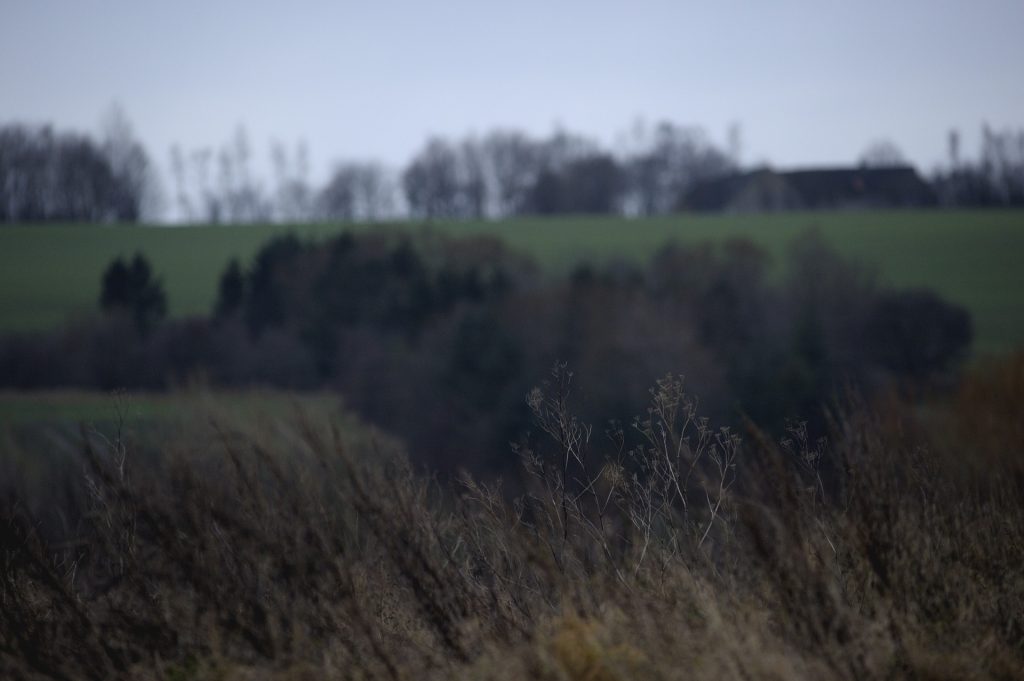 [Image by Samson Jay from Pixabay]

More useful information to keep in mind: mugwort can be a serious allergen – particularly for people who are susceptible to hay fever and asthma. The pollen doesn’t travel too far and is most dense in the day before 12:00 pm. Tearing is the most effective response to keep the allergen properties at bay for yourself or any sneezy friends nearby.

Where to Find Mugwort

Unlike other allies in the plant kingdom, mugwort is actually very easy to find. It is widespread and often found growing in large patches along streams and riverbanks. Pinch the leaves between your fingers and rub them around. You will smell a delicious fragrance similar to that of sagebrush. It’s very distinct. It is also commonly found in disturbed areas – along roads, construction sites, or railroad tracks. Generally, it is not a good idea to harvest from these sorts of areas. This is due to pollution and residual contamination in the soil.

How To Harvest Mugwort, Store It For Later Use

Once you’ve positively identified the plant (and cross-checked with your favorite guide book, the internet, and a knowledgeable friend to be sure) you’re ready to harvest the plant for immediate or later use. To do so, cut the top third of the plant from the stem when the mugwort is in flower. When you return home, hang the plant upside down to dry. If you don’t have space to hang the stem, that’s okay. You can chop it up into smaller pieces and leave it out to dry upon a newspaper or a clean screen. If it’s the roots you’re after, it’s best to dig them up in the fall. Store the plant away from light. A paper bag or a mason jar in a cupboard are two ways to go about it.

Anytime you venture out into the wilderness (or even down your street) to harvest plants for your own use, there is a code of ethics to consider and follow for the work of wildcrafting to be sustainable. Generally, you should be “browsing” plants, not grazing. Harvest in areas that are abundant, not sparse. Know the land and the history of the landscape where you are – and ask permission from caretakers of the land. Avoid and protect any unusual or endangered plants you encounter. Bring the right tools to harvest only what you need without damaging the plant. And finally, be sure to share your bounty. This is an essential aspect of embracing and promoting a perspective of abundance. It’s a philosophy the plants so clearly teach us when we pause to listen and learn.

Have you found and identified mugwort in your area? Have you found exciting ways to incorporate it into your diet? Has it supported your herbal and holistic approach to health? Let us know!