Understanding the Effects of Microplastics On Our Environment • Earth.com 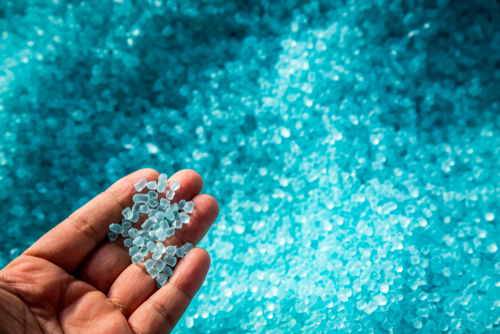 Understanding the Effects of Microplastics On Our Environment

Environmental crises confront us at every turn. One aspect of this crisis that is harder to see but is creating rippling impacts on our planet is microplastics.

Microplastics are deteriorating ecosystems and compromising human health, too. The toxicology report of our beautiful planet is dire. We have ourselves to blame.

Today we’ll take a look at microplastics in the environment: what they are, where they come from, and how we use them (even if we don’t realize it!). We will also look at the impact these pollutants have on ecosystems and how that will (and does) in turn affect us all.

Plastic is part of our lives – it’s everywhere. It allows us to preserve food, skype with far-away friends, or stay cool in the summer heatwaves. Plastic is essential in plenty of situations – medical care and other emergencies. It is also the origin of a vast and culminating human-caused global disaster.

Some perspective: the number of plastics that currently enter landfills and the environment is enough to rebuild the standing Great Wall of China with a span of 6000 km every 12 months.

This topic and very real crisis can get overwhelming fast – so let’s start with some definitions.

According to the US’s National Oceanic and Atmospheric Association (NOAA), microplastics are a term that describes fragments or pieces of plastic that are smaller than 5 mm in length.

And plastic? While we’re already pretty familiar with using plastic in our everyday lives (and using it to scroll through these words currently, I might add) what actually is it?

Plastic is a conglomeration of things – a wide range of synthetic or semi-synthetic materials that use polymers as the main ingredient. Examples of synthetic polymers include nylon, polyethylene, polystyrene, and Teflon.

There are natural polymers too – silk and wool are two examples. But the synthetic polymers take a lot longer to break down. A plastic bottle will need at least 58 years to decompose while pipes can take up to 1200 years (and more) to begin breaking down. Scientists implore the need for more research on the decomposition of plastic. There’s a lot we still don’t know.

What we do know is that plastic items break down into smaller and smaller pieces. Microplastics are a result of these larger plastics breaking up. They break down into even smaller forms which scientists have recently been calling nanoplastics.

But microplastics also result from intentional commercial product development too. These plastic particles enter into ecosystems via industrial processes, through clothing, and even through our cosmetic makeup products. 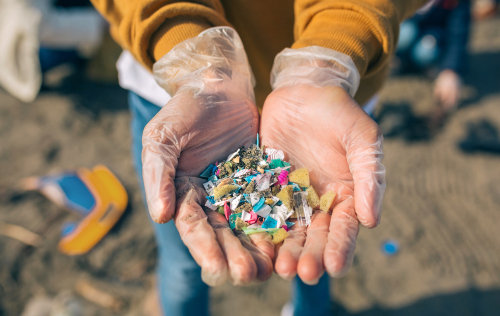 A Quick Note On Microbeads

In the conversation around microplastics, you will also hear the term “microbeads”.  A little different than the more general microplastics, microbeads are intentionally manufactured plastic particles that are small, round, and do not dissolve in water. Companies add microplastic particles into a wide swath of products for a variety of reasons: as abrasives or exfoliants, a bulking component, or to extend the shelf-life of a product. Some countries, such as the U.S. and several EU nations have passed bans of microbeads. Most companies are working to phase out this form of plastic use. Many activists argue that simply “phasing out” microbeads is not an adequate measure of accountability. It’s hard to argue that point, seeing as these beads will be floating around for the foreseeable future.

The movement to ban microbeads did not begin in the legislative offices, of course. It began at a grassroots level. It illustrates what is possible when scientific study and dedicated citizens collaborate and organize strategically to hold governing bodies to a movement of demands. In turn, governments regulate the unethical practices of corporations. It is a hopeful example of “people power”. We will touch on this idea more in-depth later on.

So even if you didn’t know it before, chances are that you’ve probably contributed to microplastic pollution. This is because so many of our daily, household products and items contain them. As consumers, we are faced with nearly unlimited options of what is virtually the same products, over and over again. It takes immense privilege for investigation, access to alternatives, and money to opt-out of this reality. Many people do not have the resources to do so.

For instance, personal care products that we use in the shower or sink (in order to clean our bodies and living spaces) wash down our pipes. These products often contain plastics and other additives that eventually flow out via runoff and wastewater into waterways. Once in the water, microplastic will then pollute freshwater, sediment, snow, and join other floating ocean plastics. Tiny pieces of microplastics move through all parts of an ecosystem via branches of the food chain. Small beads and shards of plastic are found in the bellies of birds, turtles, fish – innumerable creatures that are linked together. 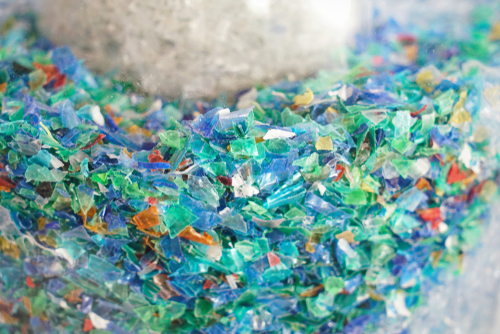 According to the Stockholm Environmental Institute, there are just 20 companies responsible for most single-use plastic products. Exxon mobile tops the list. Financial funding of the production of these products comes from less than 2 dozen banks. Often, companies that we use every day (like Burts Bees lip balm, dishwasher pods, tennis balls and glitter….) are owned by larger companies that contribute massive amounts of plastics, and microplastics, into our environments and our bodies.

A Planet Of Plastic Pollution

Obvious to us all, plastic pollution is a major concern for our planet. We shudder at photos of islands of plastic debris that float in the ocean and lament the expanding landfills in our own backyards.

And yet, most nation-states on the globe lack the political will to truly combat our society’s dependencies on plastic.

Recent studies suggest that the amount of microplastic in the ocean is actually vastly underestimated. Plastic particles may outnumber zooplankton – an organism that regulates climate and is foundational in marine environments.

The Effects of Microplastics

It isn’t just zooplankton drowning in plastic. Scientists have found tiny particles in arctic snow and the deep sea waters. Even in freshwater rivers, birds consume hundreds of particles a day – ingestion via aquatic insects that are a critical food source.  Microplastics can even travel on the wind.

For example, a recent study reviewed the impacts of microplastics on biota in various trophic levels. Evidence suggests that exposure to microplastics triggers a “wide variety of toxic insults”. Swimming in, eating, ingesting microplastics disrupts reproductive performance, eating habits, metabolism, and changes liver physiology, to name just a few major concerns. Additionally, there are still plenty of unknowns as to the health effects, though scientists are in agreement on how these plastic particles cause major disruptions throughout an ecosystem. And rapid, man-made disruptions do not bode well for ecosystems. Rather, they compound the dire issues of an already warming planet.

It all culminates into yet another reminder of how intricately woven the planet’s food chains are. We are depending on the health and sustainability of interlocking elements. So while marine organisms ingest and move among high levels of microplastics, the same is true in our drinking water. The toxic chemical additives we use in plastics to make them flame-retardant and anti-microbial add harrowing toxicity to our bodies.

As indigenous groups around the world organize to defend their ancestral homelands, “Water Is Life” has been become a rallying cry for activists, in addition to a simple and inherent truth. There is a lot of attention on the ecocidal impacts of pipelines and deforestation – for good reason. But, as you may have guessed, in addition to terrifying and increasing levels of oil and gas use, microplastics continue to accumulate in our water. The ecological dynamics of microplastics are documented in marine ecosystems by environmental science. There is much less information on surface water and rivers – the impact is unknown and likely to be substantial.

Toby Gardner, an SEI senior research fellow says that “Change must be possible – there are few issues that attract so much attention as plastic pollution. The fact that we all have tiny plastic particles in our bodies should give us all sufficient pause for thought….Consumer pressure is key, but the real action needs to come from companies, investors, and governments.”

According to a United Nations report in March 2021, marginalized communities are disproportionately impacted by environmental degradation caused by plastic and microplastic pollution. The report explicitly links necessary actions on behalf of a healthy climate to that of civil rights and human health.

These wide-ranging reports and initiatives are a step in the right direction – but are not enough to change the coming tide of ecological disaster.

So what should we do?

For those of us (most of us) who do not have sway in the inner workings of large corporations, banks, and government, the need for real action from large, bureaucratic bodies can feel like an impossible thing. And indeed, our economic systems are deeply entrenched in exploitive, ecocidal behavior.

But we can organize.

In particular, indigenous-led efforts can be a guiding compass for those of us who are dedicated to this planet but are separated from our own ancestral connection to land. Research whose land you are living on. Seek out initiatives in your area that are led by indigenous stewards and support their efforts in every way you can.

Voting for local and federal politicians with green reform agendas is important. You can work to divorcing yourself from products and lifestyle habits that are defined by emission-heavy behaviors and plastic waste. Reuse what you can and avoid single-use plastics wherever possible.

But the stats are clear. Individual actions are not enough to move the goliaths of our society.

Understanding the effects of microplastics on our environment is the first step. But take it further than that. Organize with your friends, co-workers, neighbors, and family. Through passionate, consistent, and expanding organizing, we can make seemingly impossible things become real. We can understand the ways in which microplastics came to pollute our planet, hold companies accountable for impacts, and shift our own communities every day, striving for balanced relationships with the organisms of our ecosystems.