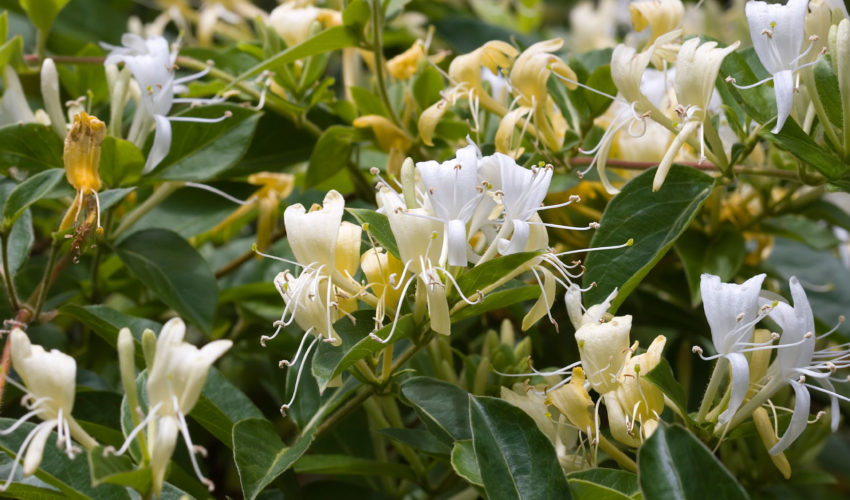 Vines make an excellent addition to many gardens, indoor or outdoor. They can also pose threats to native vegetation by becoming extremely invasive and choking out other plants. No matter the type of vine, it’s nice to be able to identify the most common ones. That’s why we’ve created a quick list of common vine plants, and how to identify them! Here they are, in no particular order: 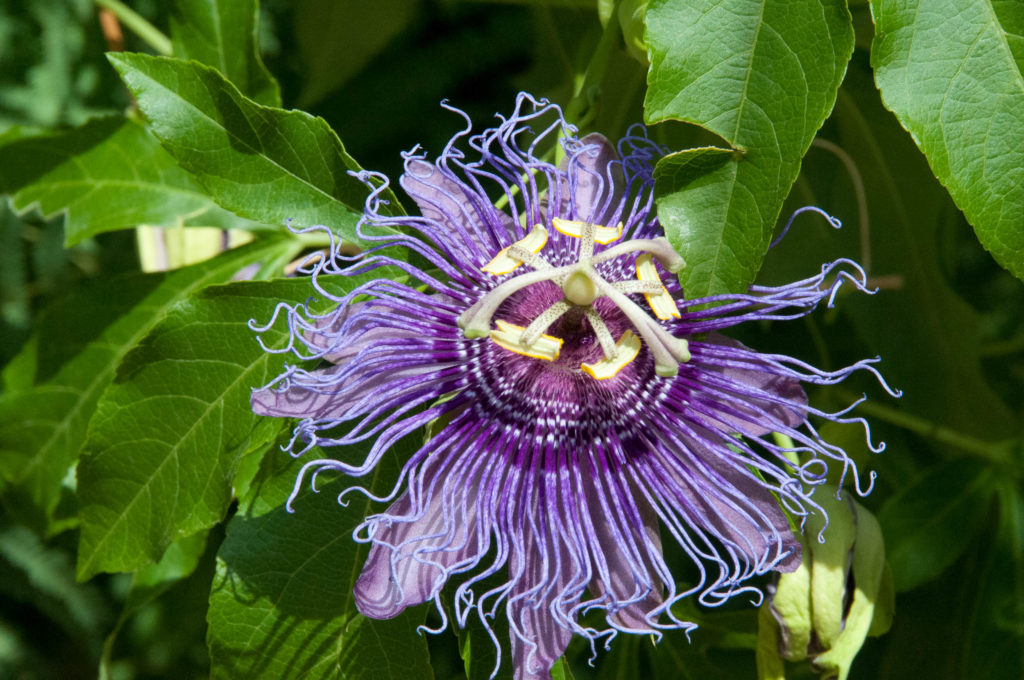 One of the most unique looking plants on our list is the passionflower. The leaves of this vine are lobed, with any number of lobes depending on the species. Oftentimes, the leaves also have a pair of glands at the base. Although it’s relatively straightforward to identify passionflower vines just by their leaves, the flower can’t be mistaken for anything else.

Passionflowers can be huge, and no matter the species, each flower is characterized by a complex arrangement of reproductive parts and petals. They range in color from blues and purples, to red, white, hot pink and yellow. 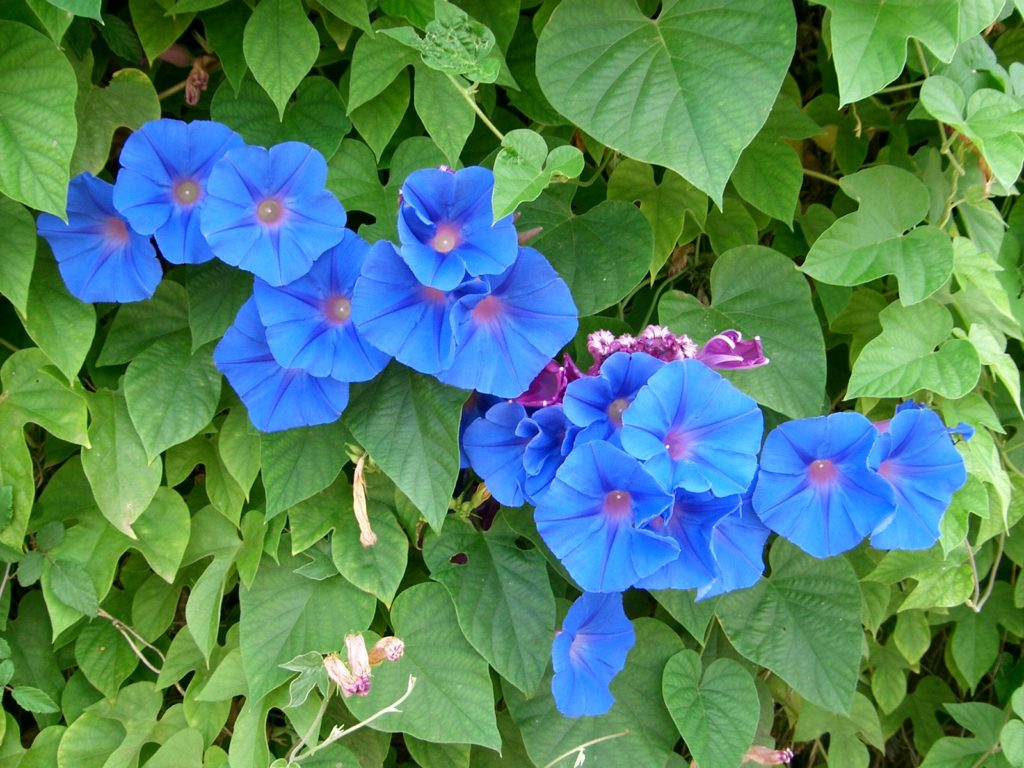 The tubular saucer-shaped flowers of morning glory are another hard-to-mistake flower on our list. The name derives from the fact that these flowers bloom in the early morning, and usually wilt in the afternoon or evening. Morning glory flowers usually exhibit incredibly deep, galaxy-like purple and blue, but they can be white or pink as well.

Without the flowers, this vine can be a bit hard to distinguish. But, the heart-shaped leaves can be a tell-tale sign of a morning glory vine. 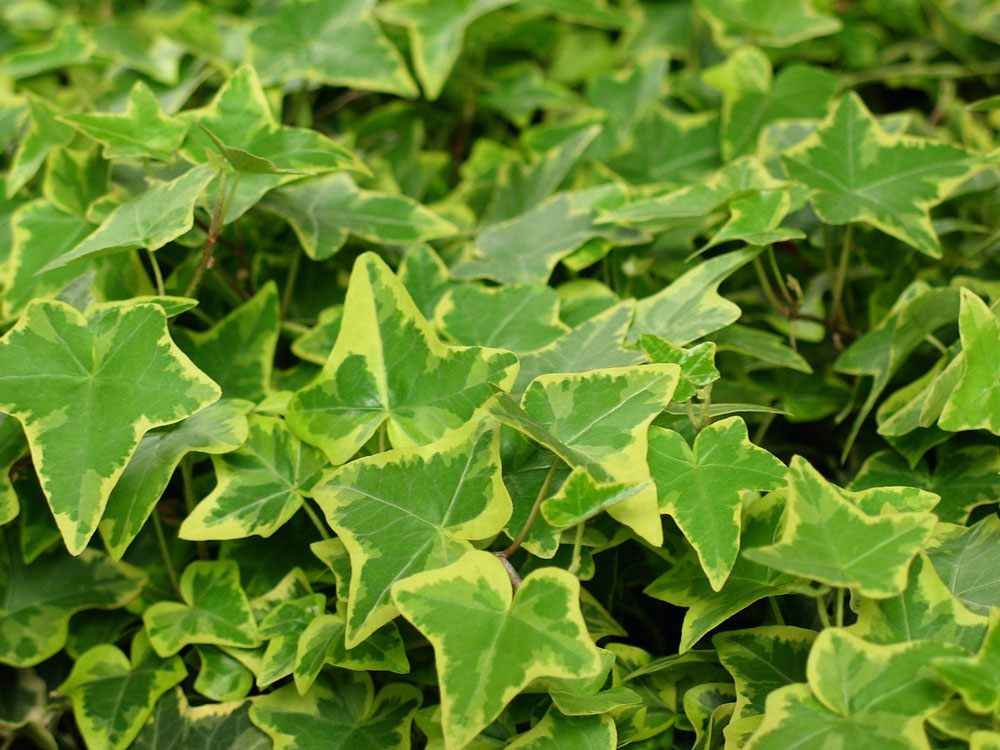 English ivy is a very characteristic vine, and you don’t even need flowers to confidently identify it. After all, the flowers aren’t nearly as showy as some other vines. English ivy is an evergreen vine, so it’ll have leaves year round. As for what they look like, ivy leaves are shiny and waxy, with 3 to 5 sharp lobes. There are many varieties of ivy, sometimes with variegated colors, and other times with different colored veins.

English ivy loves to climb. Arial roots cling to virtually any surface, no matter how smooth or slippery. Buildings and walls can be completely swallowed up by this fast-growing vine, as can natural forests where the ivy isn’t native. For this reason, English ivy is a very invasive plant threatening forests in New Zealand, Australia, and the United States – particularly in the Pacific Northwest. 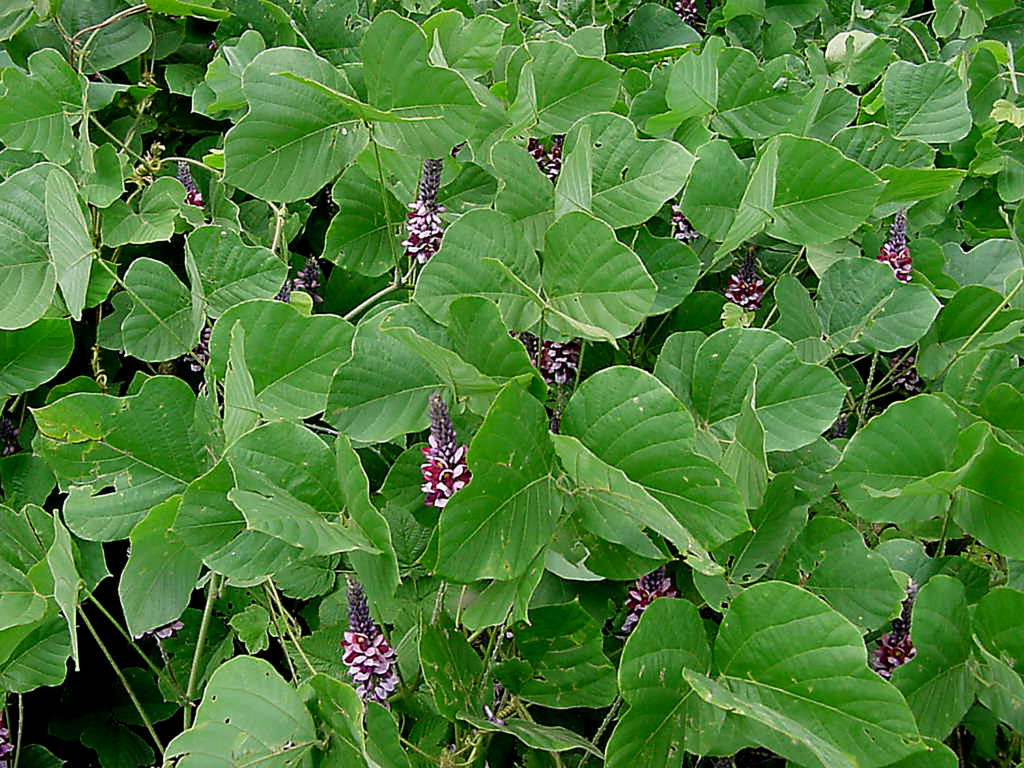 Speaking of invasive vines, kudzu is equally as pervasive as English ivy. Although it’s native to Japan and Southeast Asia, kudzu thrives in any similar climate. In North America, kudzu can cover entire forests, choking out trees and shrubs. So, if you’re ever in the Eastern US and see vines blanketing entire trees, you can probably identify it as kudzu.

Other ways to identify this vine are by looking at the leaves and flowers. Because it’s a legume, kudzu has compound leaves with 3 leaflets. The flowering structure stands upright, with small flowers blooming from bottom to top. 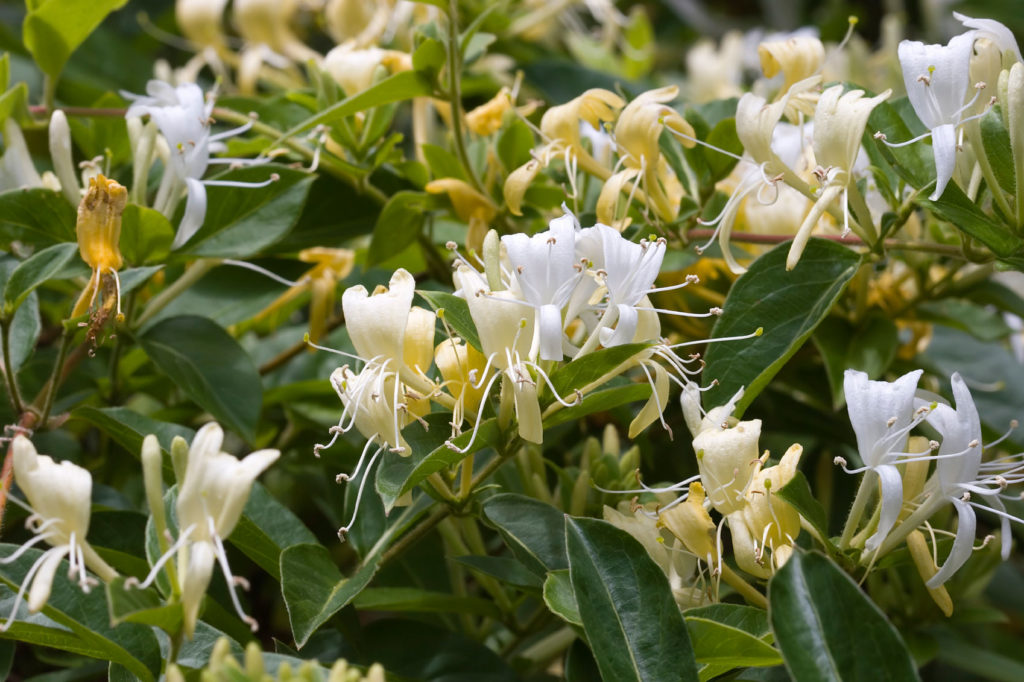 Ah, honeysuckle. Many people’s favorite summer flower. Honeysuckle sometimes grows like a shrub, but usually climbs and creeps like any other vine. The leaves are simple, opposite, and oval shaped. Most species lose their leaves in the winter, but some have evolved to keep them through the colder months.

Honeysuckle flowers are delicate and extremely fragrant, and are probably the easiest way to identify the plant. Yellow and orange are the most common colors. The flowers have long, protruding stamens that extend far from the petals, making an excellent landing structure for potential pollinators. Perhaps the best thing about this vine is the tasty, edible nectar the flowers produce. Now that’s sweet! 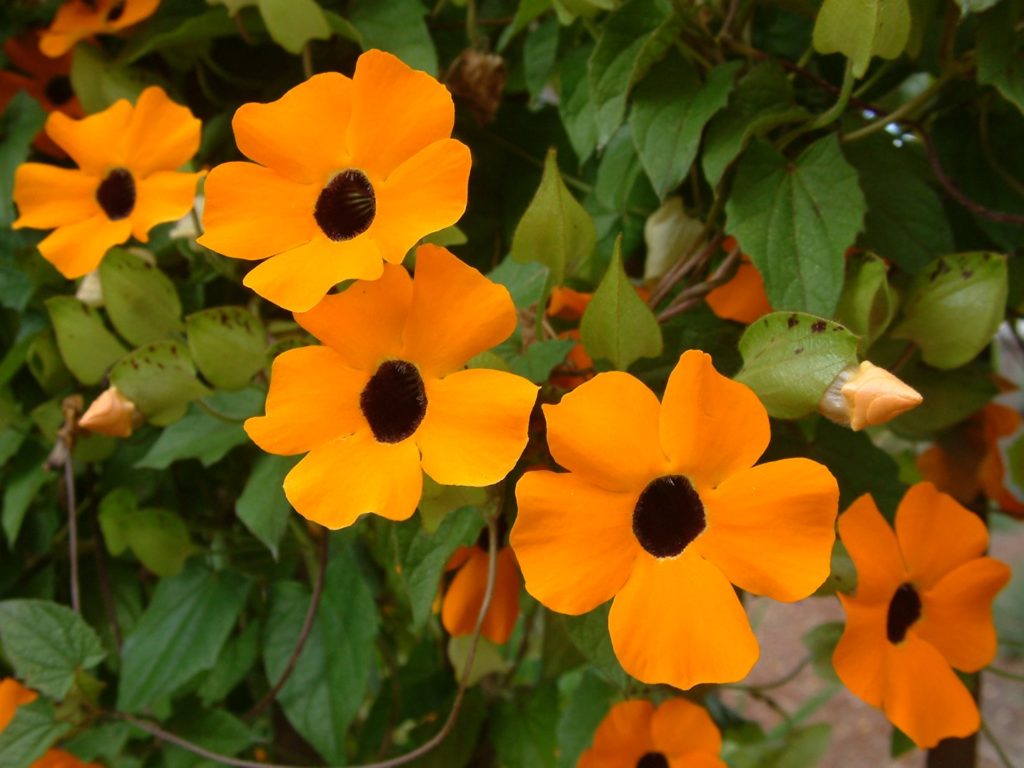 It’s pretty obvious how this vine gets part of its name. The flowers of the black-eyed Susan vine are seldom confused with anything else. They usually come in shades of orange, but occasionally are seen yellow, red, and pink.

This plant is one of the most common ornamental vines around, so it’s likely that you can see it in bloom almost all over the world. If you don’t happen to see it in flower, the leaves can be identified by being arrowhead-shaped, with serrated edges. 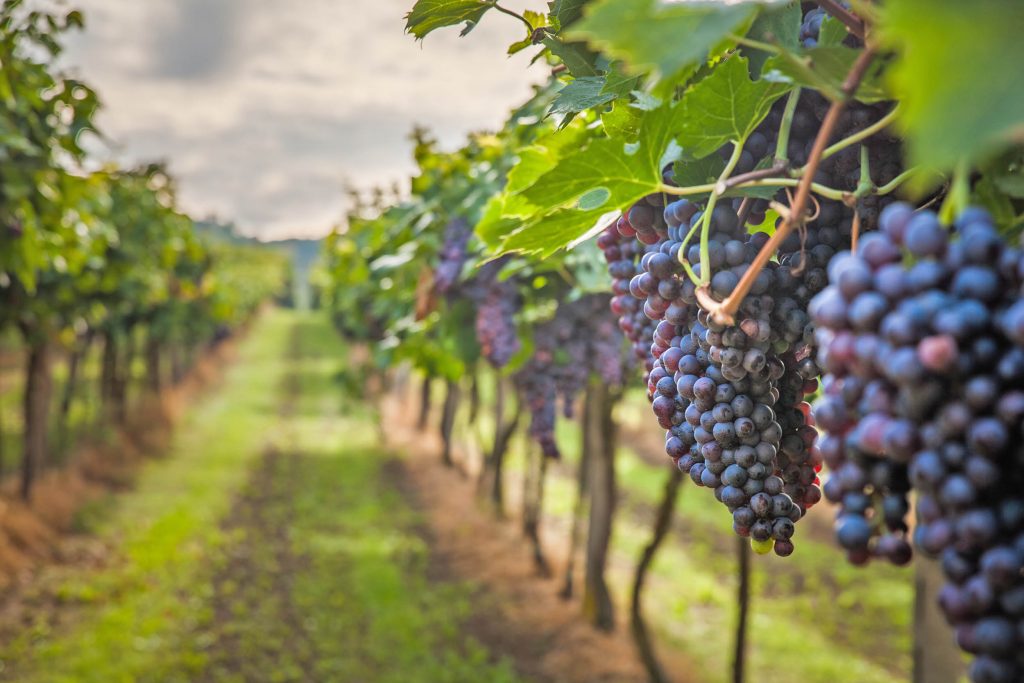 Perhaps one of the most important vines in the world is the grapevine. Humans have cultivated the plant for millennia, using its sugary juice for the famous purple libation we call wine. Grapes grow extremely well in temperate, semi-arid climates. The grapes themselves are pretty easy to identify, but without the tasty fruit hanging from the stem, many people are unable to differentiate this vine from others.

First, look at the leaves. Grape leaves can be with or without lobes, but in any case, they have a highly serrated edge. They are also covered in tiny hairs, giving the leaves a sandpaper-like texture. The stem of grapevines is usually quite flaky, and strips of the bark naturally fall off as it gets thicker.