What is Wetland? • Earth.com 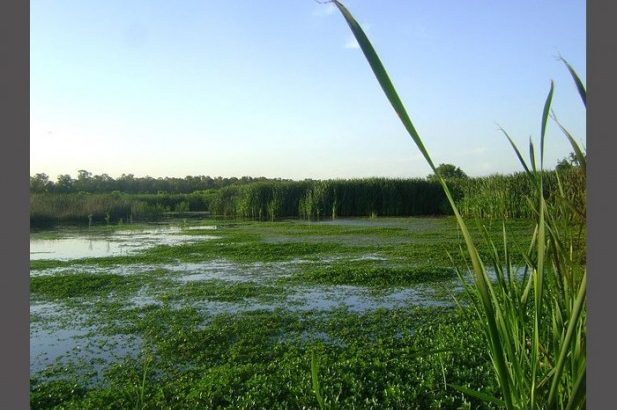 A wetland is an area of land that is saturated with water, either permanently or seasonally, such that it takes on the traits of a distinct ecosystem. First and foremost, the factor that distinguishes it from other land forms or water bodies is the unique vegetation that has adapted to its characteristic soil conditions. The wetland consists mostly of hydric soil, which is supportive of aquatic plants.

The water that is found in wetlands can be saltwater, brackish, or freshwater. Main wetlands forms incorporate swamps, fens, bogs, and marshes. They play numerous roles in the environment, primarily water purification, shoreline stability, and flood control. They are also considered to be the most biologically diverse of all ecosystems, serving as a host to a wide range of animal and plant life.

Wetlands can be found naturally on every continent except for Antarctica. They can also be constructed artificially as a water management tool. This tool might play a role in the developing field of water-sensitive urban design.

The temperatures fluctuate greatly depending on the location. A lot of the world’s wetlands are in temperate zones. In these zones, the summers are warm and the winters are cold, but the temperatures aren’t extreme. However, wetlands that are found in the tropic zone, around the equator, are warm all year round.