What Actually is Deep-Sea Fishing? • Earth.com 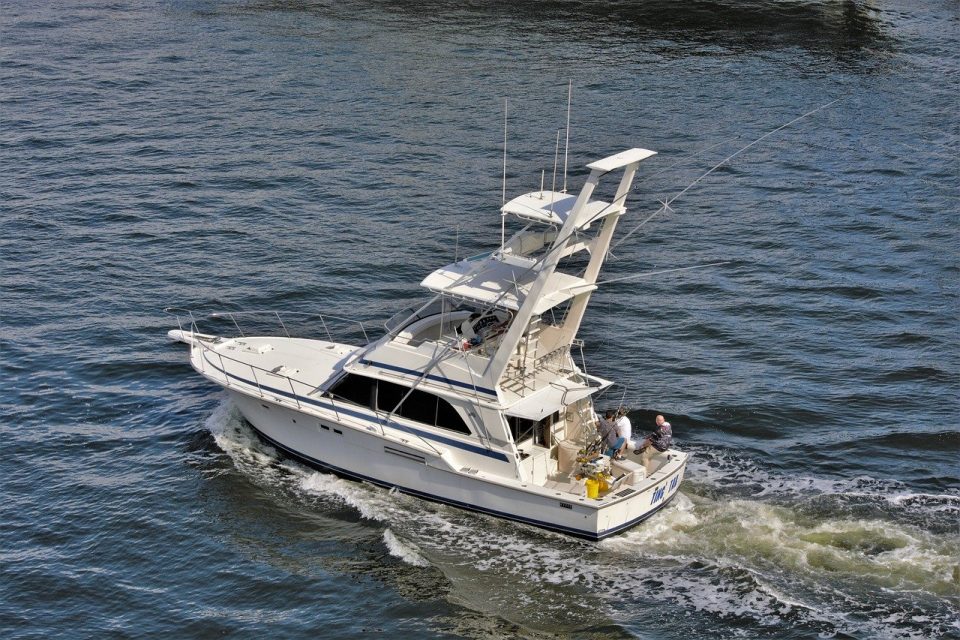 What Actually is Deep-Sea Fishing?

You’ve been rocking on the boat all day and haven’t had even the faintest nibble. Suddenly, the line jerks and you run over to it to begin an hours-long battle with the mystery fish. Imagine the thrill of finally pulling a 1000 pound marlin out of the depths of the open ocean during your deep-sea fishing charter. It’s a thrill that some fisherpeople get addicted to, a feeling they live for.

Our deep oceans contain the biggest fish in the world. Fishers will travel the world over for the chance to reel in a honkin’ tuna or a shiny Dorado. Deep-sea fishing is a considerable recreation and travel industry that supports fishing guide businesses around the world. 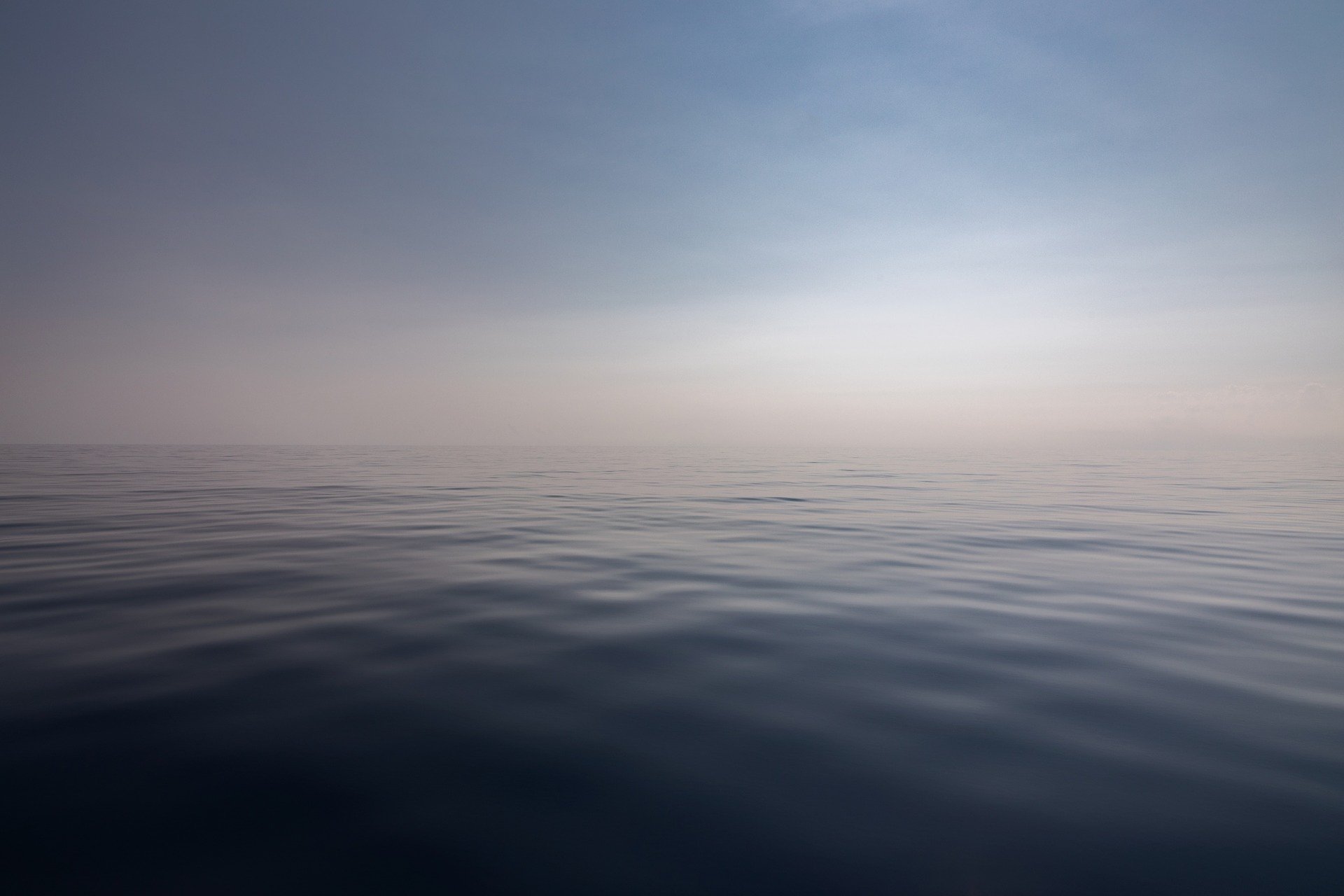 Ain’t much to look at when you’re deep-sea fishing. Photo by Dim Hou via Pixabay.

What is Deep-Sea Fishing?

Any sort of freshwater or saltwater bay fishing isn’t considered deep water fishing. Since the deep seas are, by their nature, far from land, deep-sea fishing is always done on a boat. Sometimes boats can get to deep-sea depths relatively close to shore. Other times this sort of fishing is done dozens, or even hundreds, of miles from the nearest land.

Some fisherpeople also call this type of fishing sport fishing or trophy fishing. 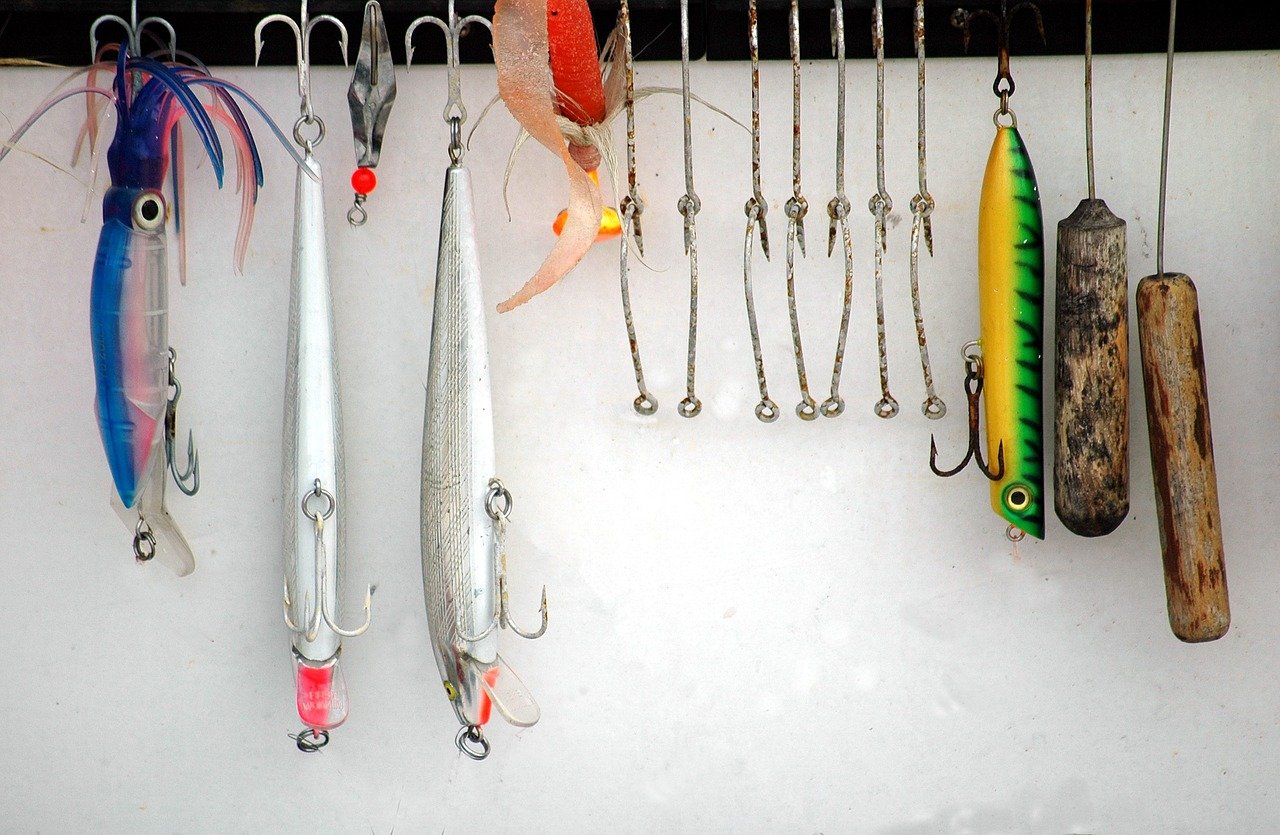 Most fishers hire a guiding company for their deep-sea fishing excursions. These fishing charters vary depending on the location, guide company, and species of fish. One thing is certain; deep-sea fishing isn’t for those without their sea legs. The open ocean has big, rolling waves, which constantly rock even the nicest boats. With only water on the horizon, even strong-stomached anglers can get nauseous. You can opt for either a deep-sea fishing charter with a group or as a private charter.

Guides will usually let their customers try various kinds of fishing methods during a deep-sea fishing excursion. These methods can include trolling, chumming, popping, and jigging. Trolling is where anglers dangle their lines behind a quickly moving boat, sometimes with live bait. Chumming includes throwing bait onto the water to lure deep-sea fishes up to the surface. Jigging is a type of lure fishing where the lure is attached to a lead weight that makes it dance in a particular way deep beneath the surface. Fishers usually set these jigs at various depths with the boat slowly drifting along. Popping is a more unusual way to deep-sea fish. It involves using larger lures called ‘poppers’ that slap the water to make sounds that entice nearby fish.

The cheapest option for sport fishing trips is usually a half-day tour. These shorter tours typically don’t go too far from the land because it takes a long time to venture way out into the ocean.

Full-day fishing trips are a common type of trophy fishing. These charter boats leave the shore early in the morning and sometimes return after sunset. Full-day trips give anglers a better chance of trying different methods of deep-sea fishing.

Some kinds of fish only bite at night. To catch these fish some guides lead night-time deep-sea fishing tours.

These deep-sea fishing trips are the creme de la creme. While they are the most expensive, they also offer the widest variety of opportunities. Fishers can expect to fish during different times of day with multiple methods. This variety gives anglers the best chance to catch their dream fishes. 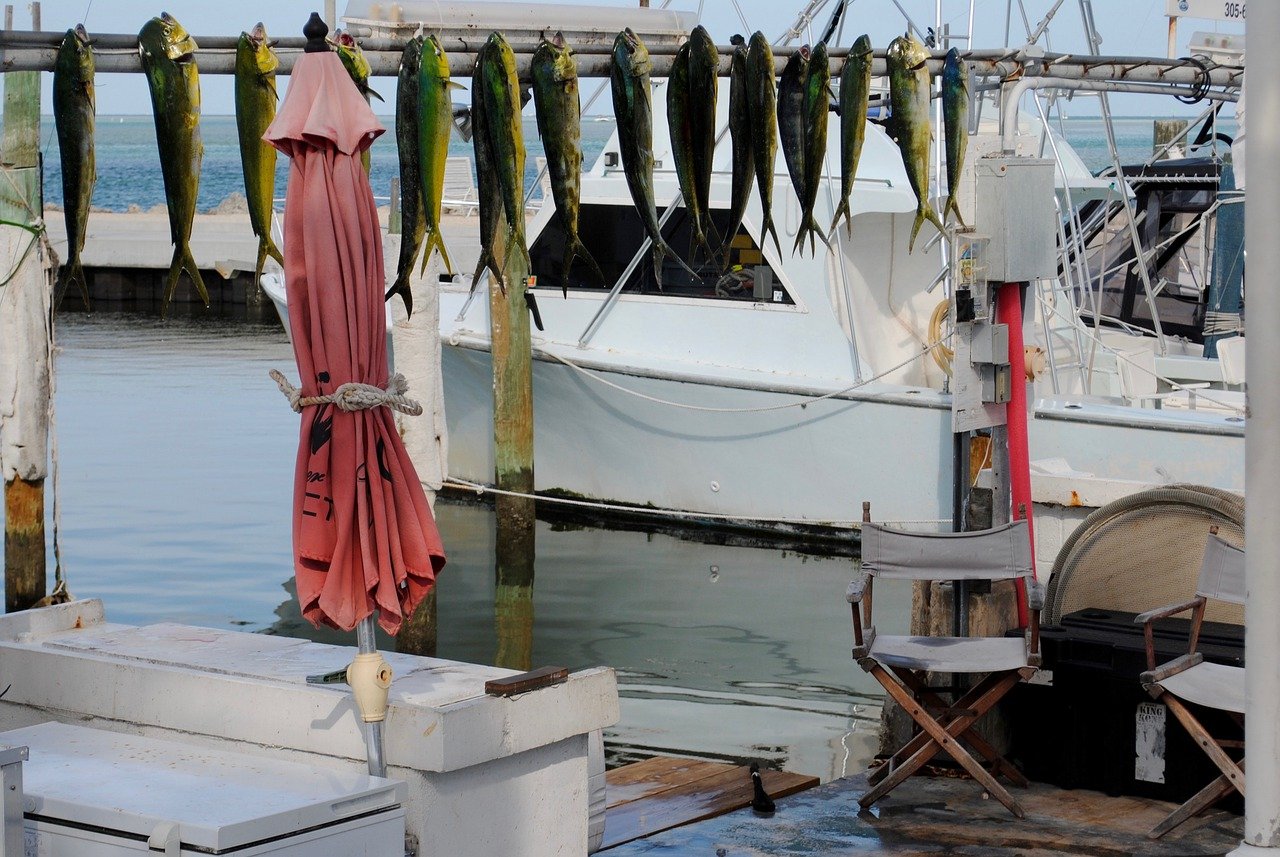 Dorado, or mahi-mahi, is an exciting deep-sea fish species to catch. Photo by Lisa Larsen via Pixabay.

What Kinds of Fish do Sport Fisherpeople Catch?

Most of the desired deep-sea fish live in the pelagic zone of the ocean. The pelagic zone is all of the ocean that isn’t close to some sort of boundary. These boundaries include the seafloor, the ocean surface, and any coast. Deep-sea fishers usually aren’t going for those awfully strange, truly deep-ocean fish that live near the seafloor. The pelagic ecosystem is based on photosynthetic plankton. These plankton live near the upper reaches of the pelagic zone because they need sunlight to live. Pelagic fishes will migrate to different depths or locations based on the availability of plankton.

All coasts of the U.S. have deep-sea fishing opportunities. The East coast represents about 40% of recreational marine fishing. The Gulf of Mexico and Hawaii account for 20% each. Alaska and the West coast account for about 10% each. Abroad, coastal countries around the world offer unique deep-sea charters and experiences.

Off the California, Oregon, and Washington coast, people like to fish for yellowtail, sturgeon, albacore tuna, rockfish, barracuda, white sea bass, and lingcod. The ocean around California’s Channel Islands is a uniquely beautiful place to fish with abundant deep-sea fisheries.

Off the East coast of the U.S. people catch bluefin and yellowfin tuna, cod, striped bass, and mackerel. People can even leave for these trips from mega-cities like New York and Boston.

The Gulf of Mexico is a major deep-sea fishing destination. People can access the Gulf of Mexico from Florida, Texas, the eastern coast of Mexico, and the Caribbean islands. This gulf is a particularly biodiverse body of water, making it an interesting place to sport fish. Fishers can catch Dorado, shark, king mackerel, red snapper, and Spanish mackerel.

Alaska is world-renowned for its fishing. This massive state has plenty of open ocean to choose from. Deep-sea fishers can expect to fish for massive halibut and salmon, as well as crab.

Who wouldn’t want to fish the tropical waters of Hawaii? As the only islands for hundreds of miles around, Hawaii is an excellent jumping-off point to quickly access the true open ocean. Fishers can fish for awesome species in Hawaii like the Yellowfin ahi tuna, giant blue marlin, dorado, sailfish, swordfish, and wahoo. 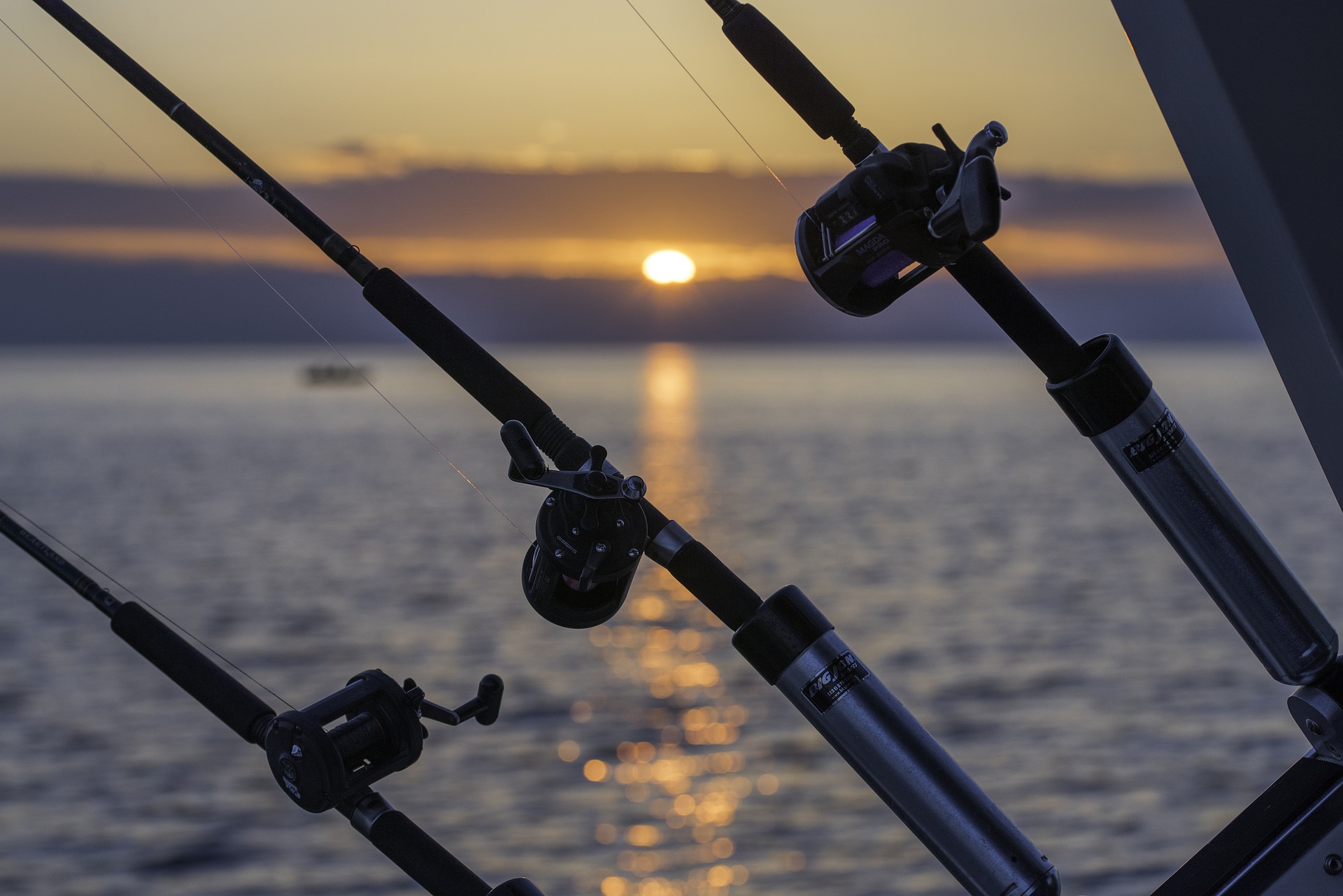 In raw numbers, deep-sea fishing doesn’t account for a whole lot of the global fish take. Less than 1% (by mass) of marine fish killed annually are by recreational fishers. Industrial fishing fleets take the vast bulk of the world’s catch, with subsistence artisanal fishers taking varying degrees depending on the fishery. The Bahamas is an extreme case where 30% of fish taken out of the ocean is for recreation.

However, even though recreational fishing doesn’t take a huge amount of fish out of the ocean, some scientists are concerned with the species of fish and the particular individuals that recreational fishers target.

Small Numbers Can Be Deceiving

Even though deep-sea fishers don’t catch that many fish, the particular species and individuals they target can affect fish populations. Trophy fishers often aim to catch the big fish species that reproduce slowly. Tuna often live 40 years. Most other deep-sea fishes sought by recreational fishers live decades. Fish that live a long time typically take more years to reach their reproductive age. This means that if the adults from a population of these fish are reduced by overfishing, it can take a long time for their population to rebound.

Moreover, sport fishers target the largest individuals of these slowly reproducing species. By their nature, these large fishes are often the best reproducers in the population. Some scientists are concerned that targeting the healthiest individuals of a population puts significant pressure on the population. Sports fishers are increasingly turning to catch-and-release methods instead of killing fish. While this method is preferable from the fish’s standpoint, it can still have lasting impacts on the fish.

In particular, the trophy fishing of threatened species of sharks is alarming.

With a fish species, a destination, and a budget in mind, you can figure out the fishing trip that is right for you. Maybe it’s near your home, or perhaps it is a getaway to some tropical coastline half the world away. Best of luck on your angling adventures!

Featured image by Scott via Pixabay.