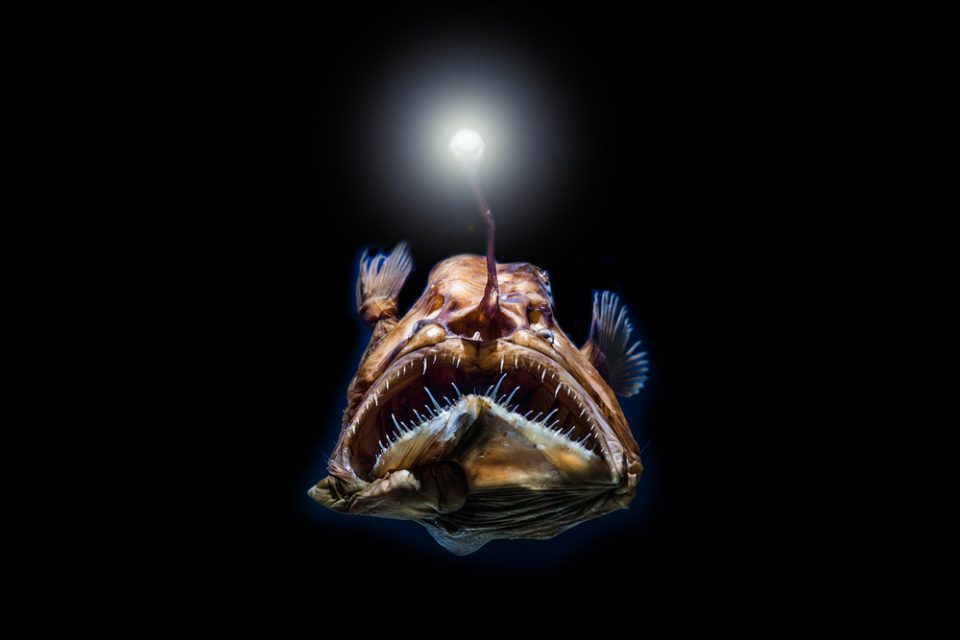 Beneath the surface of the ocean is a vast and mysterious world of deep-sea wonders. Over the course of human history, we’ve learned a lot about these bodies of water and these discoveries have shaped tradition, migration, and science in tidal ways.

However, many people do not realize how little we know of the ocean – especially the deepest parts of our globe’s seabed.

Diving Into The Deep Sea

Over 70% of the Earth’s surface is covered by the sea – 312,000,000 cubic miles of water. Numbers like this can be difficult to wrap your mind around. Regardless, less than 5% of Earth’s oceans have been explored. That’s a lot of room for surprising secrets – many of which we clearly have yet to discover.

Under the water’s surface, the light fades quickly, and at 650 feet, it is completely black. The deeper down you go, the harsher the conditions become for survival, though plenty of creatures (many yet to be discovered!) have figured out how to do just that. It is a mysterious part of our planet, with secrets to be discovered with each dive. Here are seven facts you might be surprised to learn about these deepsea creatures and the habitat where they survive.

Secret 1: The Majority Of Life On Our Planet Is Aquatic

Creatures of the deep sea might seem like distant anomalies to us humans, but as it turns out, we land-dwellers are the actual weirdos. The majority of life on earth is aquatic – and it’s these salty waters from which we all evolved. Scientists estimate that there are over one million animal species in the ocean – 95% of which are invertebrates, such as shrimp and squid. The deepest sea creatures are part of a vast ecological network of these expansive and mysterious oceanic ecozones.

Even though we’ve sent a man to the moon and found a coronavirus vaccine in record time, science and discovery work still has plenty of mysteries to unearth and understand. This is especially true of Earth’s oceans since over 80% of the ocean remains unmapped, unobserved, and unexplored. This is because most parts of the ocean are difficult to get to, and it can be really expensive to do so. Scientists have relied on sonar mapping to explore many parts of the seafloor but this still leaves many questions unanswered.

The deepest sea creatures live in what scientists sometimes call the “inner space” of the Ocean. Within this space, we know that there are hefty currents at work like “an engine that controls our climate” though we still don’t understand the nuances of how this engine functions. As glaciers and polar ice melt accelerate due to climate change, we know that an excess of cold water is funneling into this inner space of the ocean. But how will that impact these currents? And eventually our entire planet? The impacts could be massive in scale. Because there is still so much to learn, we aren’t sure what to expect. But, at the current rate of carbon emissions, we will definitely find out, one way or another.

Deep-sea creatures are often slow growers. This is an adaptive trait in response to the limited food resources in such extreme conditions. This is also why so many of these swimmers have a very slow metabolism.

However, with human impact, these adaptive traits make many species vulnerable. In fact, some scientists compare deep-sea fishing to the harvest of old-growth forests for timber. We may be harvesting and disrupting delicate systems that we don’t yet have the science to understand. Only, deep-sea fishing might be worse – we can’t “replant” the fish like we would trees.

Secret 5: Longevity In The Deep

Due to many creatures’ slow growth, their life cycles are often longer too. Many deep-water fish species can live to 30 years of age or longer. The orange roughy, for instance, can live up to 150 years old. These slow, long growers often have later maturity development which can result in low reproductive capabilities. This, paired with the fact that so many of the deep-sea species are endemic to their area, means that they are very vulnerable to environmental changes and extinction even without human impact.

If you’re unfamiliar with the ecology of coral reefs, you may be surprised to learn that coral is a living, growing organism in its own right.

As corals succumb to mass bleaching and die-off events due to human-caused climate change, it is especially concerning to discover that these very same organisms might hold clues to climate change solutions. Like a library or an archive, deep-sea corals contain a record of climate conditions that might provide valuable answers to how we might restore ecosystems to a healthy and sustainable balance of life.

Many fish in the deeper parts of the sea begin their lives as females, but if a male is needed, are able to biologically transition in order to procreate. These hermaphrodite fish are born with both female and male reproductive organs – and it’s an ingenious adaption. While there might be “more fish in the sea”, the pickings can be incredibly slim when you’re swimming so deep. Mating behaviors have evolved to solve that problem with sex-change strategies.

The surprising secrets of the deepest sea creatures are yet to be discovered. And that’s the most exciting part about this area of study. It’s also why it is so important for us to protect our planet and the oceans.

With unchecked human greed and consumption, we are destroying the secrets of these wondrous places. Unfortunately, we’re going this before we have a chance to discover them. It is a dim prospect for the future, especially when some of the answers and lessons we must learn are lurking in these very ecosystems.