What Is a Giant Water Bug? • Earth.com • Earthpedia 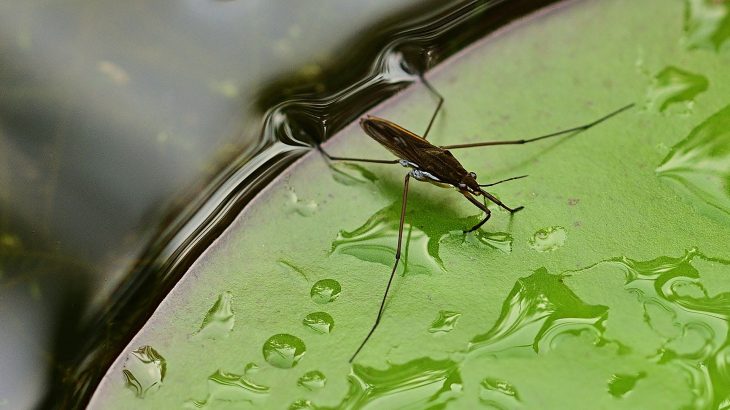 What Is a Giant Water Bug?

When one thinks of an insect, they usually don’t picture a six-legged animal diving and swimming through water. Yet, the giant water bug has certainly made a name for itself doing so. The huge insect is an aquatic killing machine, as it swims through the water hunting small prey like fish, snails, and other insects. It goes by many names, including toe-biters, electric light bugs, and fish killers. Their many names and odd appearance leads to some confusion about what the critters actually are. Water bugs are often mistaken for cockroaches and other types of insects, so let’s clear up what exactly a water bug is, how to recognize one, and why they’re so cool! 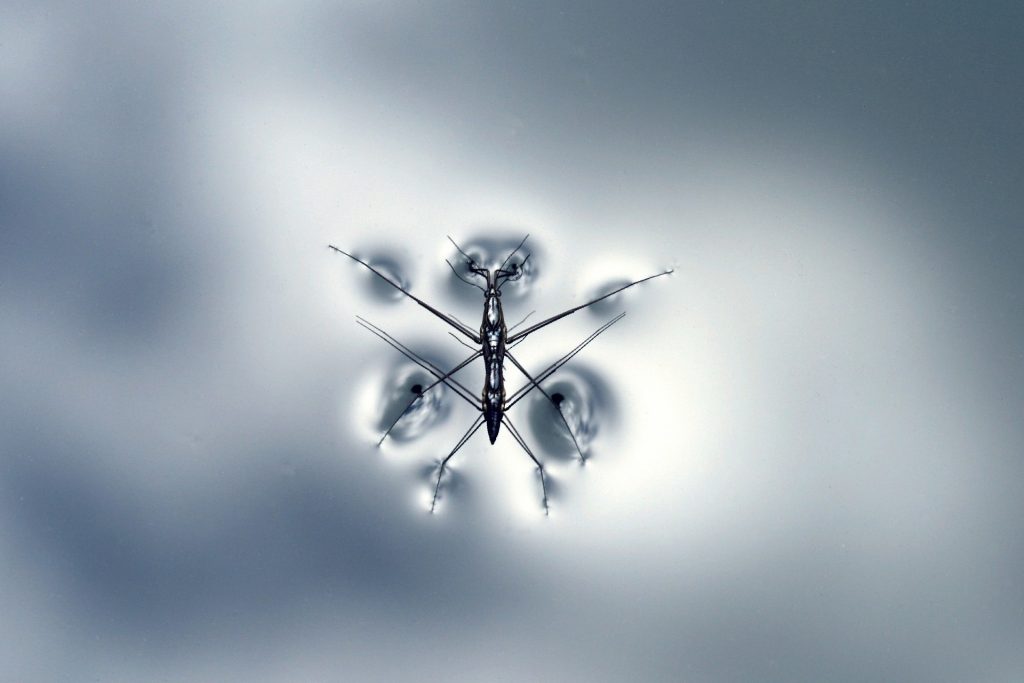 Is a Water Bug an Insect? What Kind?

Remember that insects are animals with a hard outer shell called an exoskeleton, six legs, and three body segments. Water bugs fit the insect bill in every way, so yes, they’re insects! Let’s go a little bit deeper, though. What kind of insect is a water bug?

Insects are in their own class of animals called Insecta, which contains many different orders. When we talk about types of insects, we usually refer to the taxonomic rank of order without even realizing it. Some of the most common insect orders are beetles (order Coleoptera), butterflies and moths (Lepidoptera), and flies (Diptera). Water bugs are in the order Hemiptera. These are called the “true bugs”, a funny name considering how colloquial the word “bug” is.

Water bugs, along with stink bugs, aphids, and cicadas, are all in the order Hemiptera. The order gets its name from having half (Hemi-) wings (ptera), because their forewings are only half membraneous, with the other half being hardened into a protective shield. Giant water bugs are in their own family called Belostomatidae. 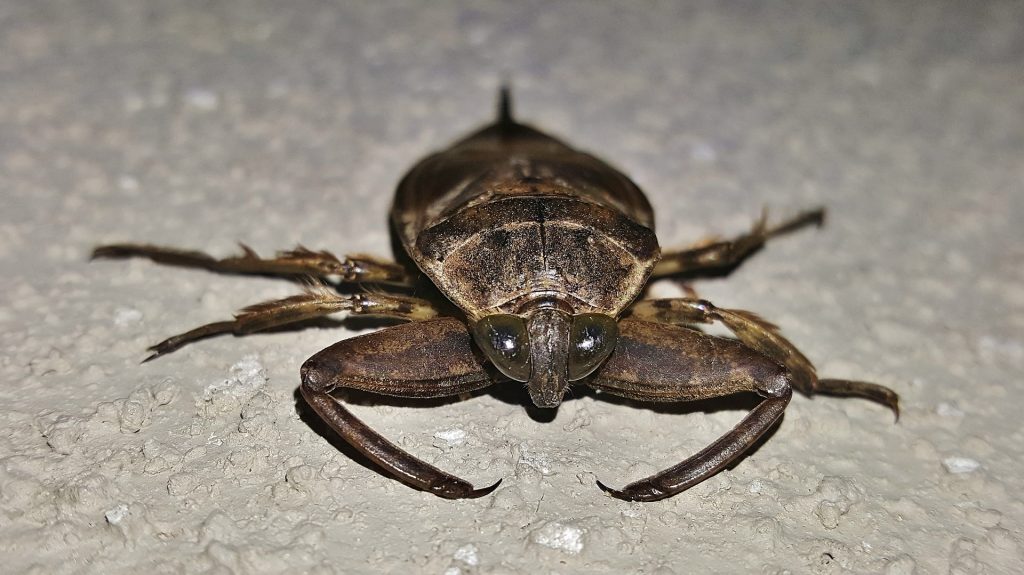 Giant water bugs are quite easy to recognize. First of all, they’re huge. They are usually at least two centimeters long (1 inch) but can be much, much larger. The largest species can reach lengths of up to 12 centimeters (4.5 inches), easily the length of a human hand! Aside from being really, really ridiculously big, giant water bugs can be recognized by a big “V” shaped pattern on their back.

Where Do Water Bugs Live?

Water bugs can be found all over the world. One of the more familiar species is Lethocerus americanus which is common in Southern Canada and the United States.

Giant water bugs live in aquatic and semi-aquatic environments. You can find them in freshwater ecosystems of all kinds, including ponds, marshes, the banks of rivers and streams, and more. They typically like to hang out right underneath the surface of the water where they hide amongst vegetation or loose rock in order to escape predation when they aren’t hunting. 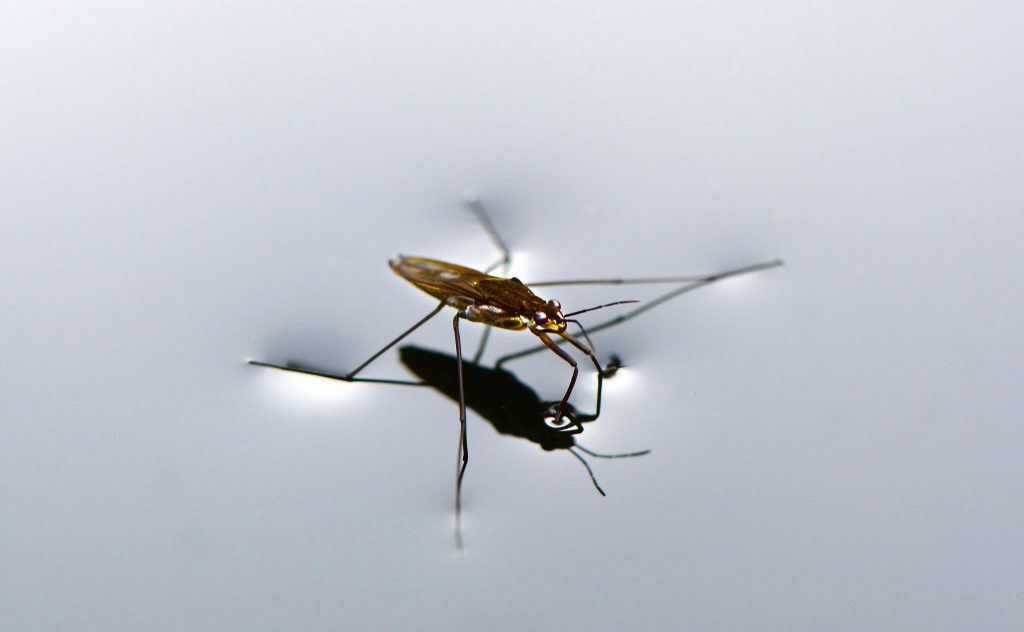 Water bugs are famous mainly because of their hunting abilities. They have specialized limbs that allow them to be swim and hunt in the water with ease. For example, their hind legs are basically giant paddles. They are large and flat, and water bugs use these appendages to propel themselves through the water. They also have huge raptorial forelegs that snag and hold onto their prey, much like a praying mantis. These front appendages are what make water bugs such excellent hunters, as they are capable of catching prey much larger than themselves.

Once a water bug is holding its meal, it inserts a long, piercing mouthpart into its victim. First, saliva with digestive enzymes is injected into the prey. Then, the water bug sucks out the nutritious juices with its straw-like mouth. It’s a rather gruesome end for the prey, but an effective method of eating for the water bug.

Despite their aquatic abilities, giant water bugs can’t actually breathe underwater. Instead, they take up air at the surface like a snorkel and hold their breath as they dive. They can also create an air bubble underneath their wings, which they slowly use up while they’re underwater. It’s important to note that, unlike most animals, insects breathe through tiny holes in their abdomen. Other arthropods like spiders are able to do this as well, making them some of the first-ever scuba divers in the natural world!

Giant water bugs are also good parents, which is an unusual trait among insects. The male water bug cares for the eggs, often carrying them on his back before they hatch. 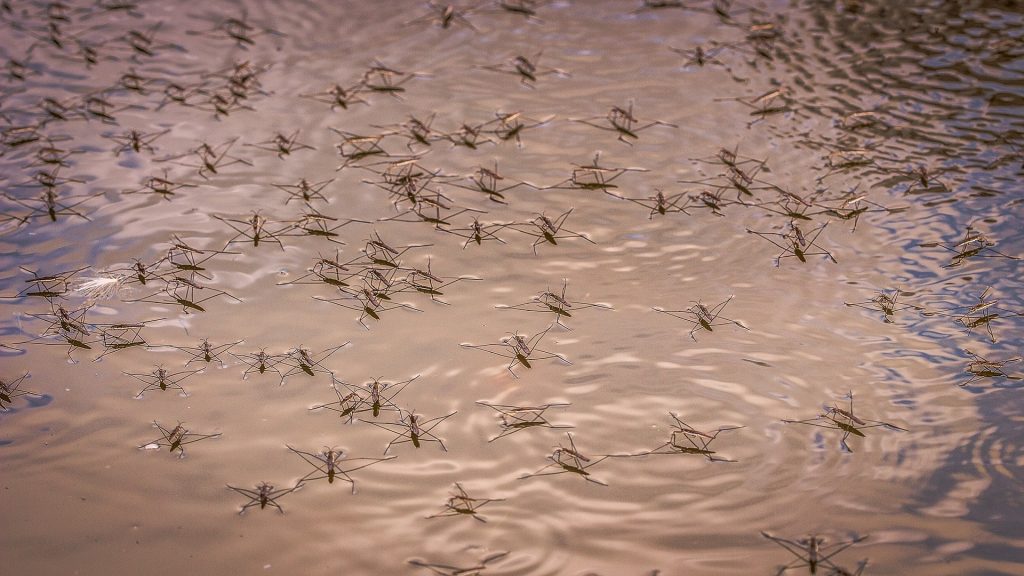 Should I Be Afraid of Water Bugs?

The short answer is: No! Water bugs are vital parts of a healthy ecosystem and are mostly harmless to humans. However, they are known to bite humans, and this behavior is what gives them the name “toe-biters”. Unfortunately, their bite can be quite painful. Luckily, it’s not all that common to be bitten by these bugs, and they only bite to defend themselves if they are handled or messed with. They prefer to escape the situation first, using a bite only as a last resort.

Giant water bugs are nothing to be afraid of unless you are a small insect or fish living underwater. If you’re a human, they are fascinating and charismatic insects that deserve more recognition. The large insects have a super interesting natural history and are a vital part of aquatic ecosystems. Now you know what they are, where to find them, and how they live!