What Is Chaga? Intro to the Alaskan Medicinal Mushroom • Earth.com 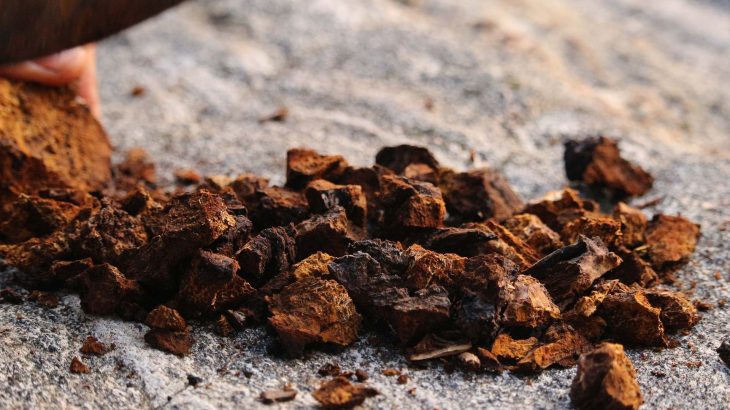 What Is Chaga? Intro to the Alaskan Medicinal Mushroom

If you haven’t heard of chaga, you aren’t alone. This mushroom, while wildly popular amongst certain groups in the far northern reaches of the planet, has yet to make it into mainstream culture. That being said, it is rapidly gaining celebrity for its wide variety of therapeutic uses, including diabetes, weight-loss, and even anti-cancer properties.

How Does Chaga Grow?

Chaga is a fungus, which means it reproduces through spores and it feeds on organic matter. This mushroom grows on birch trees that prefer northern climates in places such as Russia, Alaska, Sweden, and Canada. Chaga is circumpolar, meaning it grows around the world in its preferred habitat. 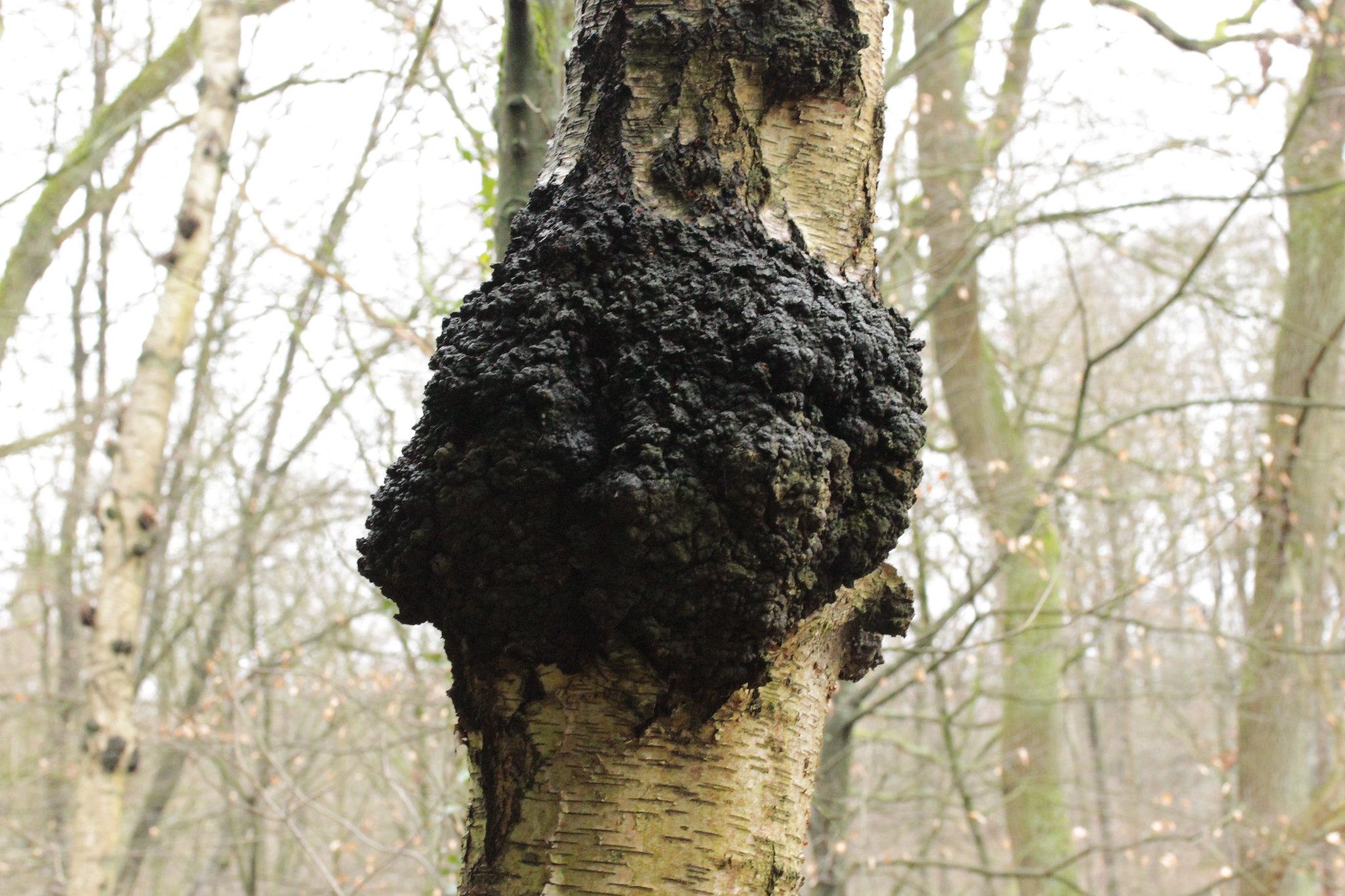 During reproduction Chaga spores float through the air, hoping to land on an open wound of a birch tree. Squirrels and bugs feeding on branches for sap or branches broken in wind cause these wounds.

If successful, the spore enters the tree and slowly spreads throughout the wood. This is a slow process. It can take up to 80 years for Chaga to finally kill its host tree. Once its host is dead, the mushroom uses the inside of the tree to create fruiting bodies that spread more spores into the forest.

Unlike mushroom species commonly eaten as food, which are the fruiting bodies of the organism, the part of Chaga that interests people is the mycelium. Mycelium is a network of vegetative fungal growth, rather than sexual fungal growth. If you think of an apple tree, the wood and leaves are equivalent to the mycelium, whereas the apple is comparable to the fruiting part of the mushroom.

The mycelium of Chaga appears as an abnormal growth on the outside of the birch tree. These growths are incredibly hard and dense. They appear black on the outside and orange on the inside. 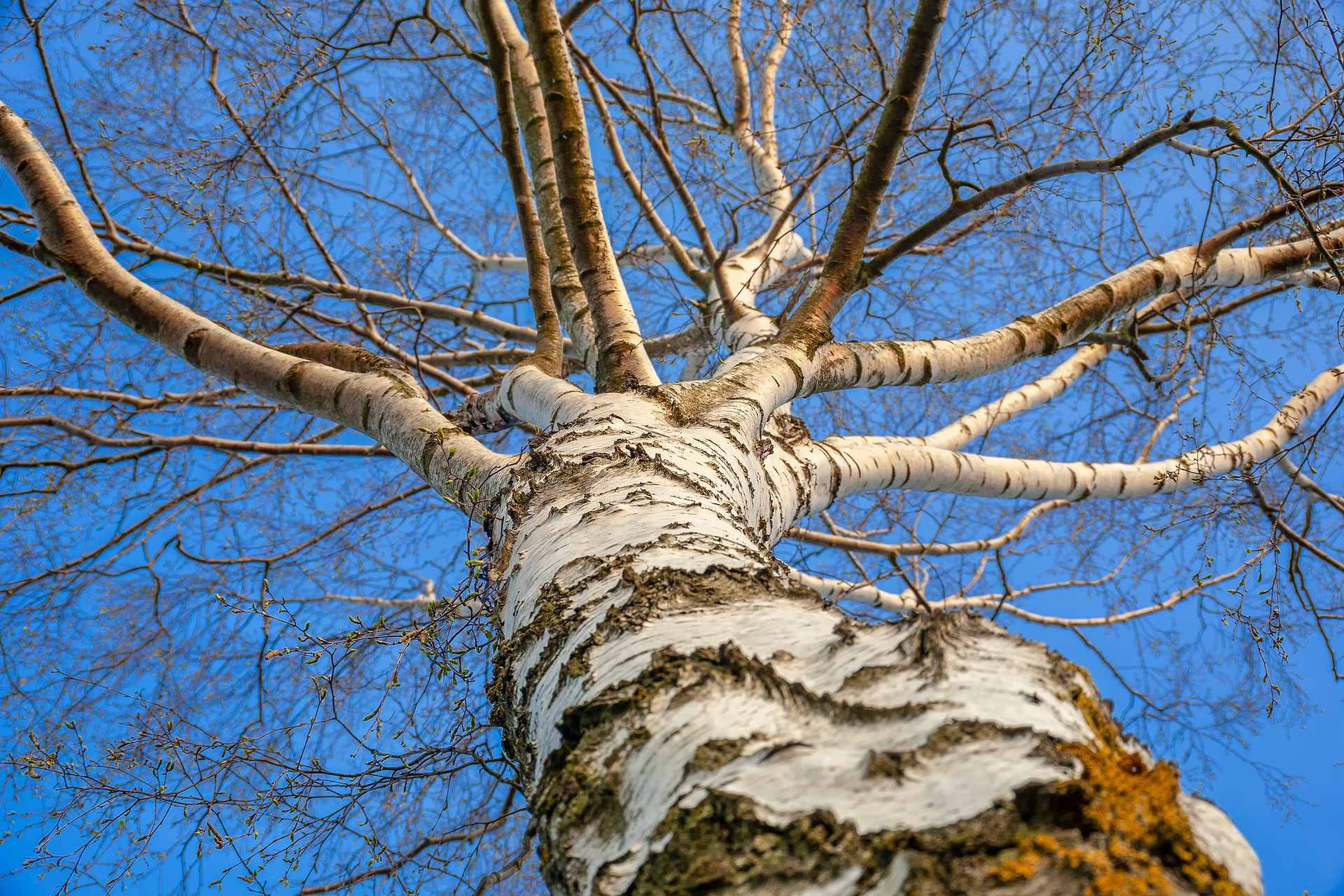 What Do People Claim Chaga Can Do?

Some say that Chaga has so much healing potential because it concentrates the entire life of a tree into a small, consumable package. Imagine, the power of a hundred springs, summers, falls, and winters sitting in the palm of your hand as a medicine.

In Russia, people have used this mushroom for centuries in folk-medicine. Currently, people of many backgrounds from around the world swear by this northern ‘Black Gold.’ Is there any science to back up these claims? 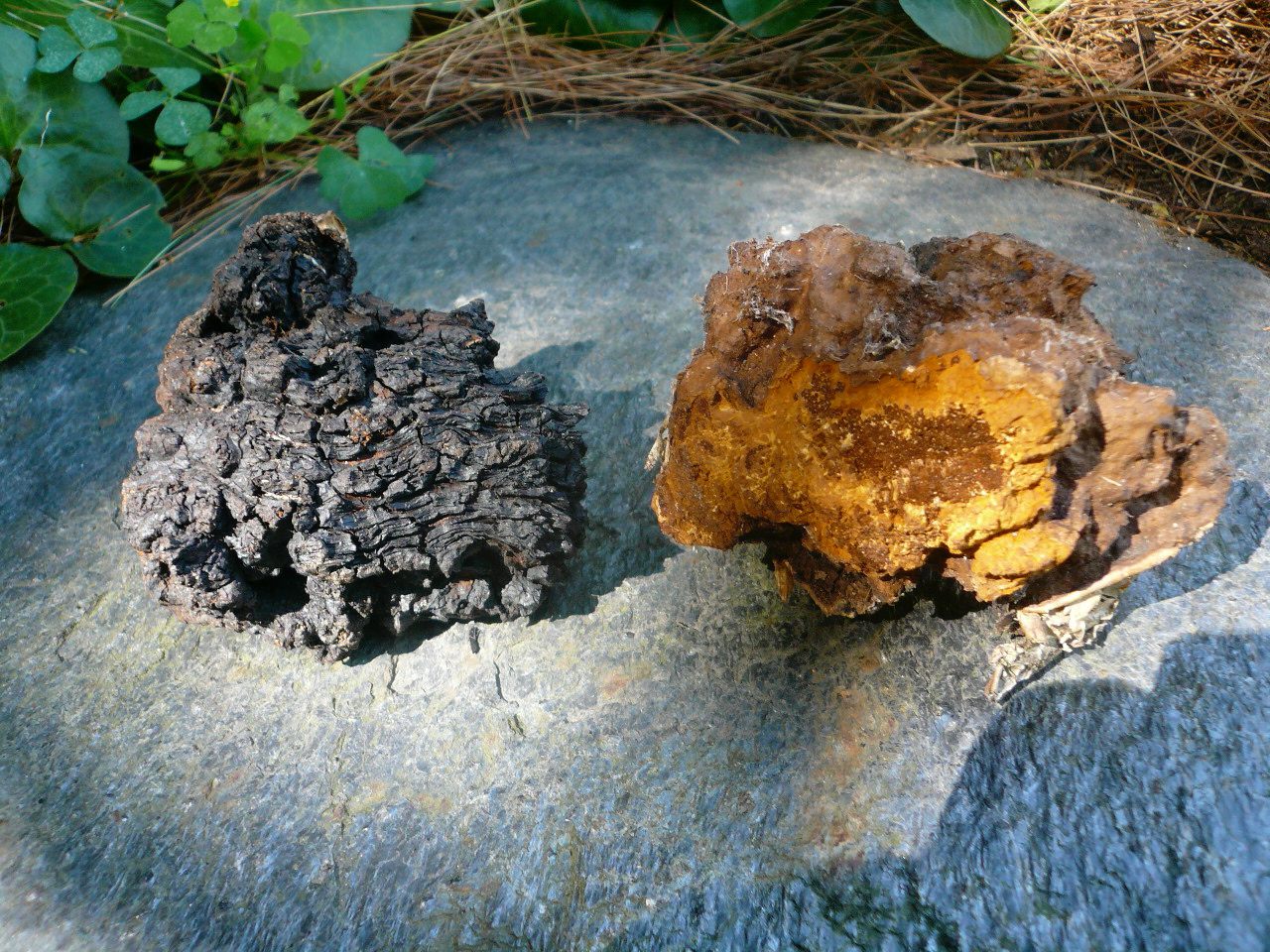 To date, no clinical trials on humans have been published on the medicinal effects of Chaga. However, the last decade has seen a remarkable uptick in scientific research on the fungus. We now have dozens of studies using Chaga on mice, rats, and human cancer cells. These studies have some remarkable findings.

One in three Americans is predicted to be diabetic or prediabetic by the year 2050. That is over 100 million people! Research shows that Chaga can decrease the level of glucose in the blood of diabetic mice. A different study revealed that regular ingestion of a fermented Chaga mixture suppressed body weight gain of mice on a high-fat diet. Perhaps we will see an increase in Chaga consumption with our nation’s growing diabetes problem.

Perhaps the most exciting secret that Chaga may hold is in fighting cancer. A recent study found that Chaga was effective in destroying human lung cancer cells, while leaving normal cells healthy. Other studies have demonstrated similar anti-cancer properties for leukemia, colon, and cervical cancers. Furthermore, evidence shows that Chaga can elevate the immune system in mice. This could prove useful for patients undergoing chemotherapy for cancer, because they have diminished immune systems due to the harsh treatment. Chaga is also reported to work as an antibiotic, anti-inflammatory, and to cure stomach ulcers. Some think it can even repair damaged DNA! 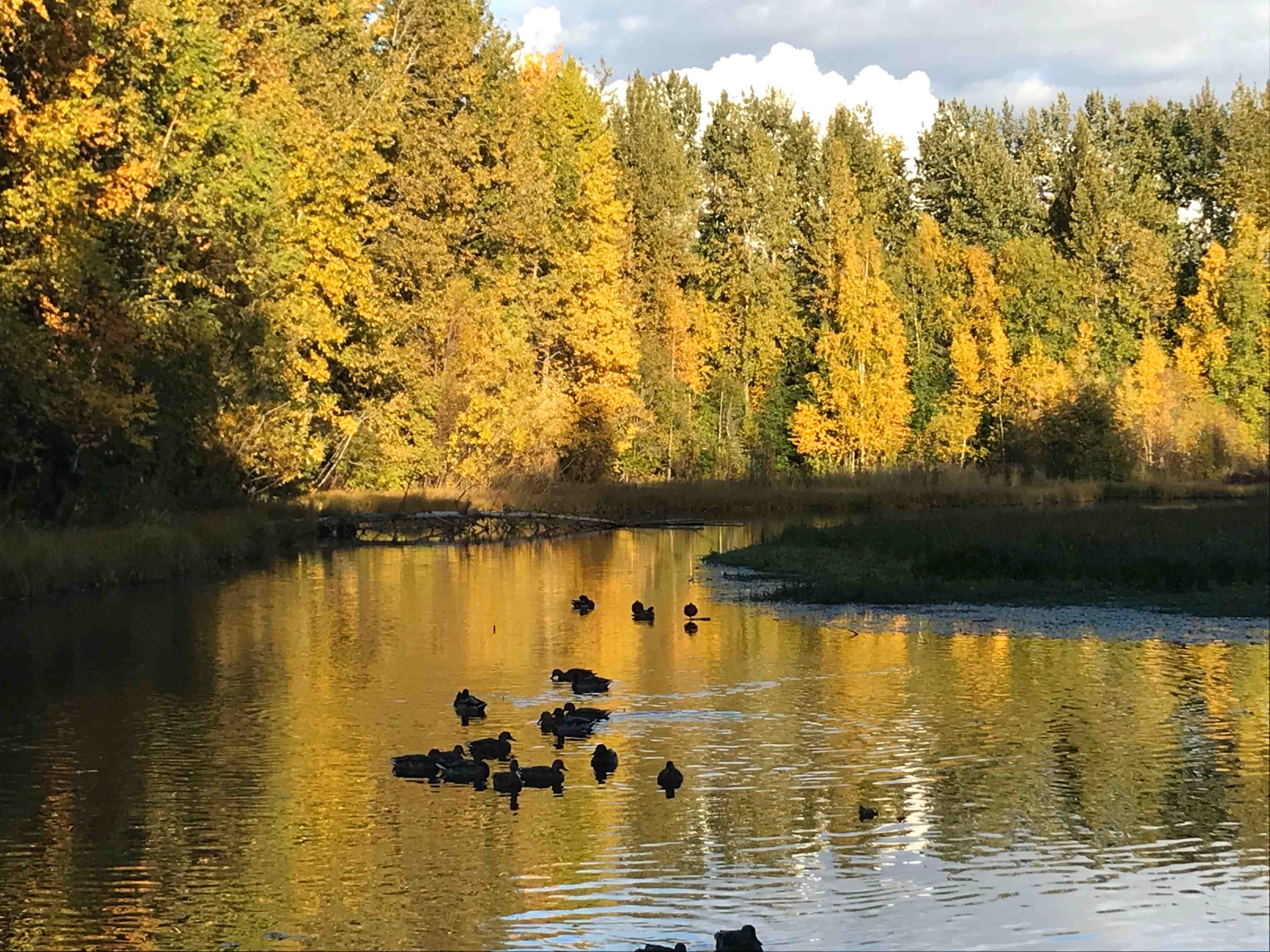 How Is Chaga prepared?

Chaga is not bioactive (available for your body to process) in its natural state. The mushroom is as hard as wood and bigger than a softball. Try taking a bite out of that! Here are three ways people access the medicinal benefits of chaga:

These three methods are currently the most common. It’s possible that the method of extraction could vary depending on the intended use of the plant. For weight loss, the Chaga prepared through fermentation might be best, whereas for anti-cancer properties an alcohol extraction could be superior. To complicate matters further, Chaga that grows in different areas across the globe have different concentrations of therapeutic compounds. This means that Chaga native to France could be better for curing cancer than the Chaga that grows in Russia.

How Can I Get Chaga?

Various companies sell Chaga in different forms. It is commonly sold as a tea, as a powder to mix into smoothies, as a tincture, and as an ingredient in mixtures with other therapeutic mushrooms. One company even puts Chaga in coffee, along with Reishi and other mushrooms, to add a little dose of medicine to your morning routine.

I look forward to seeing more research emerge about Chaga and its benefits. While I am a natural skeptic, this mushroom really does seem to have something going on. Don’t be surprised if you see Chaga popping up everywhere in the next few years. It is certainly beginning to be a fad, and may become much more than that.