What Is the African Penguin? Why Is it Endangered? • Earth.com 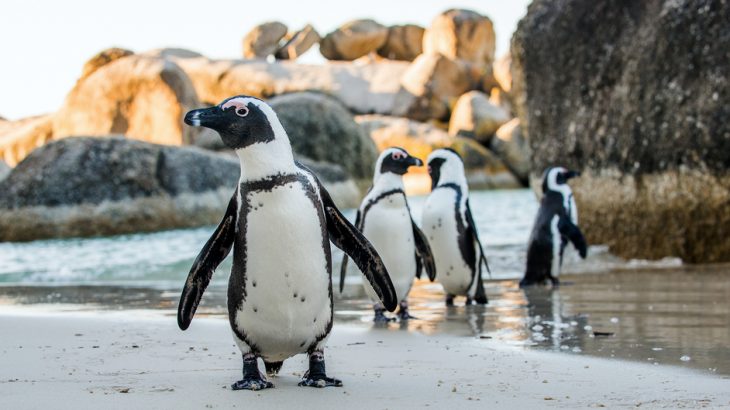 What Is the African Penguin? Why Is it Endangered?

The African penguin, Latin name Spheniscus demersus, is a species of penguin endemic to the waters of South Africa. They are flightless birds that have evolved to thrive in their marine habitat. Highly social and vocal, these penguins have a tough battle ahead to survive the human impact and the unfolding climate crisis of the Anthropocene.

How Is It Different From Other Penguins?

There are 17-19 different species of penguins in the world, all of which live in the southern hemisphere.  African penguins are distinguishable from other species in their appearance: these birds have a pale pink coloring around their eyes and a black facial mask.

The pink colorings around their eyes are actually sweat glands that are part of the birds’ thermoregulatory system. When temperatures rise, blood flow increases to these glands, causing the pink color to deepen.

Less than two feet tall, their white underparts are spotted and also marked with a black band. These spotted patterns upon their breasts are unique to each bird, sort of like a human’s fingerprints. The African penguin’s color is an example of “countershading”, which is a protective adaption to certain environments. Their spotted-white underparts make it hard for predators to see them from under the water, and their black backs blend into the water from the sky, protecting them from predators in the air.

The African penguin’s feeding style is classified as a “pursuit diver”. This means that the birds’ underwater propulsion is possible due to their wings or feet. In the case of the African penguins, their wings operate like flippers, allowing the birds to move quickly and gracefully in the water. This swimming speed allows for a greater area in which to feed in comparison to species of birds that are only able to feed on the water’s surface. However, this evolutionary adaption for hunting in the water is why these birds are unable to fly. Because they are unable to fly, guilds of pursuit divers are not able to migrate as easily to other locations. 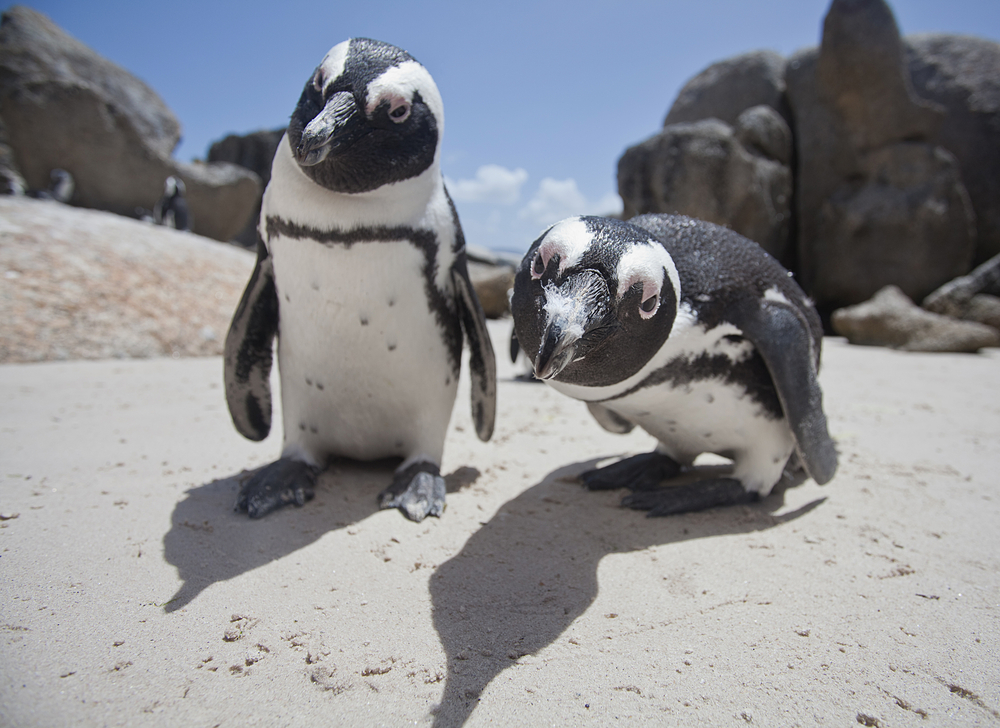 Where To Find Them

Locals and tourists alike consider African penguins to be a charismatic species. The penguin’s loud bray call, in particular, charms onlookers. Apparently, it sounds quite like a donkey.

Populations of these birds can be found in South Africa, Namibia, the Democratic Republic of Congo, Angola, Mozambique, and Gabon.

This species of penguin is also a popular member of zoos around the world – it’s possible an African penguin could be close by, even if you live far away from South African waters! 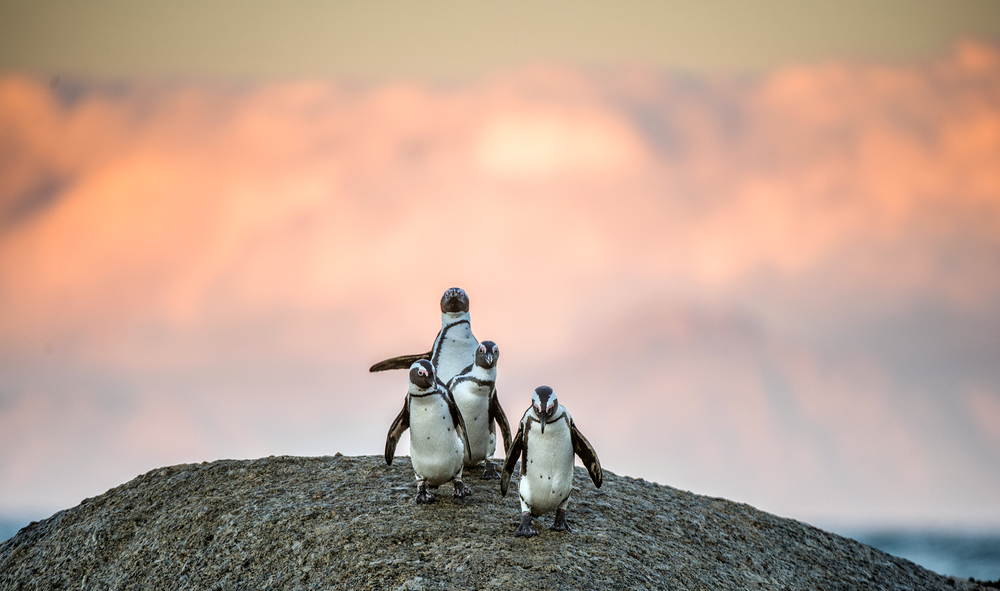 African Penguins Are a Threatened Species

In the wild, African penguins live in colonies, and these populations have declined by 95% since the pre-industrial era.

Why is this the case? The answer is simple: us. As is so often the case, human impact, convenience, and cultural delicacies often come at the expense of the creatures around us, to heartbreaking effect.

Local communities have long considered African penguin eggs to be a delicacy. People legally collected these eggs and sold them well into the 1970s. The people who collected these eggs would smash older eggs before larger collecting efforts to ensure that the eggs they were harvesting were fresh. It’s a brutal approach, but it wasn’t only to meet the demand of nearby townspeople – beginning in the 1950s, French chefs sought after the African penguin eggs, too, fueling cruel and unsustainable harvesting practices.

The story gets bleaker, though. People began to harvest the penguin guano from islands where the colonies lived. Farmers then used the guano as fertilizer for their soil. These practices eliminate the necessary burrowing material available to the penguins.

And then there are the oil spills. The African penguin’s habitat has been criminally polluted by petrochemicals via shipwrecks, oil spills, and tankards at sea where there are few regulations and even less accountability for companies and governments trafficking these resources. Arctic penguins’ exposure is both chronic and acute and is a crisis that spans decades. Today, the penguins are an endangered species and included on the IUCN “Red List”.

That’s not all. Fisheries near the colonies have had a drastic impact on the availability of sardines and anchovy in the area – two of the main staples of the African penguin’s diet. This means the birds have to search farther offshore for food and otherwise settle for less nutritious food. Officials have experimented with restricting commercial fishing near the colonies to positive effect.

The Future Is in Restoration

Conservation efforts are ongoing and applaudable, but they will not be enough to save the African Penguin or any of the other species threatened by the climate crisis. We must require that governments invest in sustainable energy resources, that oil companies are held accountable for their unjust business practices, and that individuals and communities around the world are incentivized to drastically reduce their carbon footprint. The future of the African penguin depends on this. And so do we.