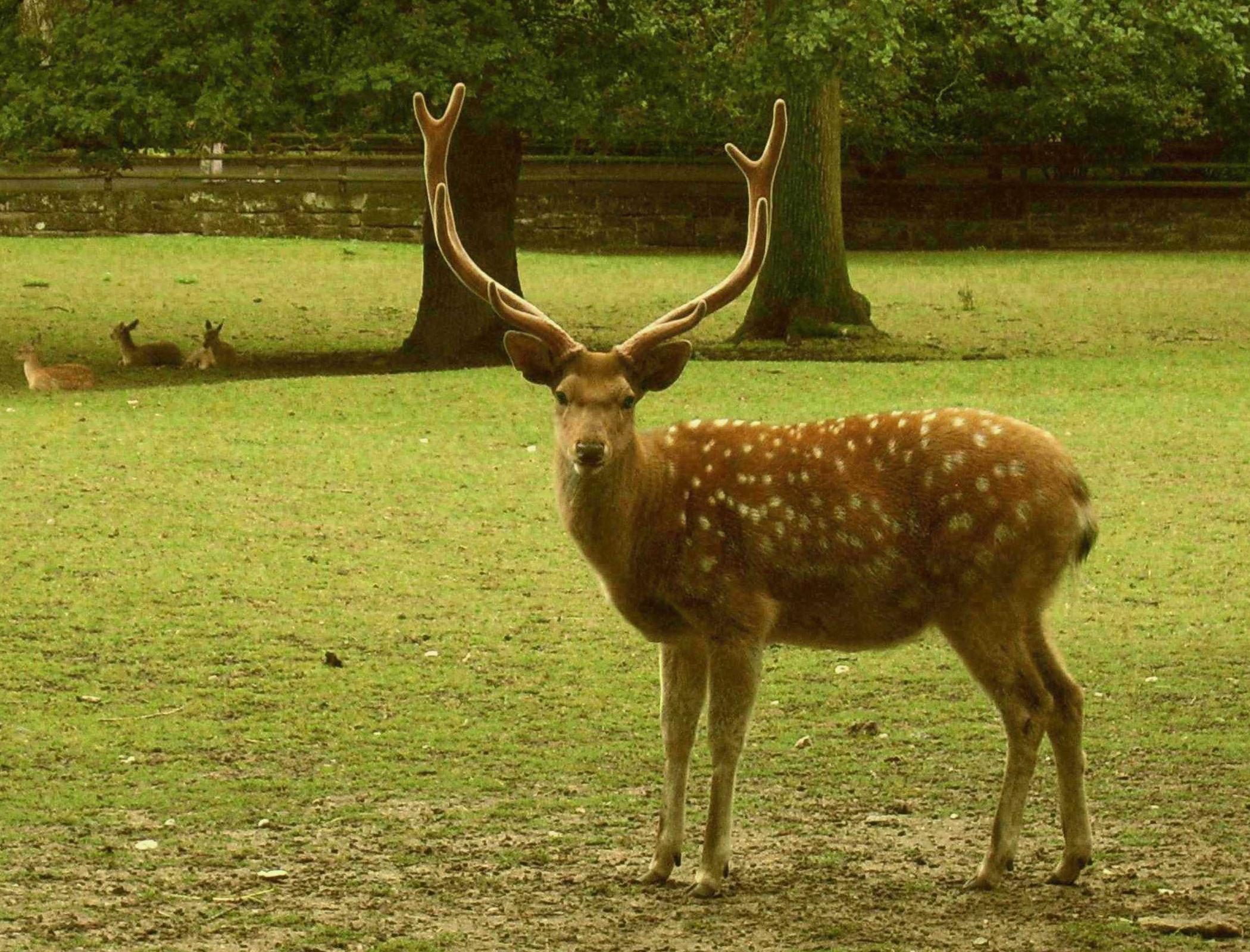 Cervus nippon kopschi NatureServe Explorer Species Reports -- NatureServe Explorer is a source for authoritative conservation information on more than 50,000 plants, animals and ecological communtities of the U.S and Canada. NatureServe Explorer provides in-depth information on rare and endangered species, but includes common plants and animals too. NatureServe Explorer is a product of NatureServe in collaboration with the Natural Heritage Network.The South China sika deer is one of many subspecies of sika deer. Standing 85 cm or 33 in tall at the shoulders, it is a small subspecies that is only a little larger than its Japanese counterpart. The back is brown with a long dark vertebral strip flanked from indistinct white spots, the belly is snowy white. It has previously ranged from Yangtze River Basin all the way east to the coast, going as far south as the border with Vietnam. Today its small population of 300 is widely scattered along its former range, in remote mountains isolated by heavily populated lowlands ITIS Reports -- Cervus nippon kopschi ITIS (the Integrated Taxonomic Information System) is a source for authoritative taxonomic information on plants, animals, fungi, and microbes of North America and the world. FWS Digital Media Library -- The U.S. Fish and Wildlife Service's National Digital Library is a searchable collection of selected images, historical artifacts, audio clips, publications, and video.

No recovery information is available for the South China Sika deer.
Back to full archive