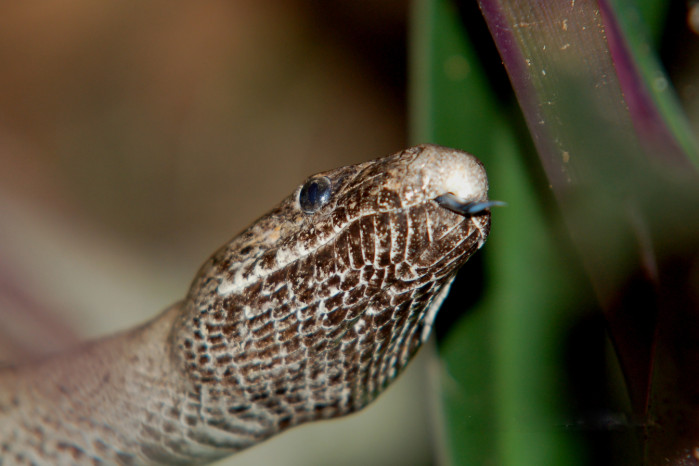 Epicrates inornatus NatureServe Explorer Species Reports -- NatureServe Explorer is a source for authoritative conservation information on more than 50,000 plants, animals and ecological communtities of the U.S and Canada. NatureServe Explorer provides in-depth information on rare and endangered species, but includes common plants and animals too. NatureServe Explorer is a product of NatureServe in collaboration with the Natural Heritage Network. ITIS Reports -- Epicrates inornatus ITIS (the Integrated Taxonomic Information System) is a source for authoritative taxonomic information on plants, animals, fungi, and microbes of North America and the world. FWS Digital Media Library -- The U.S. Fish and Wildlife Service's National Digital Library is a searchable collection of selected images, historical artifacts, audio clips, publications, and video. Chilabothrus inornatus, until recently known as Epicrates inornatus, is a large species of boa; this snake is only found on the island of Puerto Rico. It is locally known most simply by the common names of culebrón, which basically means 'big snake', or more specifically as the boa puertorriqueña. For publications in English either the names Puerto Rican boa or yellow tree boa have been promoted, although it is not yellow, nor does it live in trees: it is a terrestrial snake with a dark brown coloration. It grows to 1.9 m in length. It feeds on small mammals such as rodents and bats, birds and sometimes anole lizards. Like all boas, it is viviparous and kills its prey using constriction.

No critical habitat rules have been published for the Puerto Rican boa.
Back to full archive