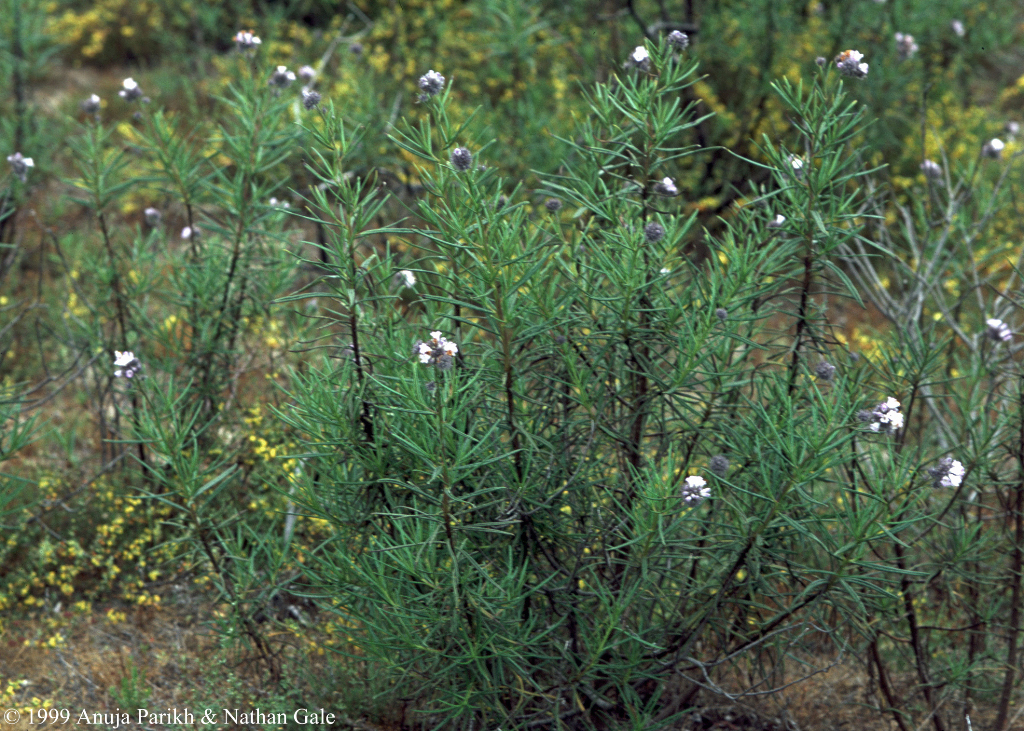 Eriodictyon capitatum NatureServe Explorer Species Reports -- NatureServe Explorer is a source for authoritative conservation information on more than 50,000 plants, animals and ecological communtities of the U.S and Canada. NatureServe Explorer provides in-depth information on rare and endangered species, but includes common plants and animals too. NatureServe Explorer is a product of NatureServe in collaboration with the Natural Heritage Network. ITIS Reports -- Eriodictyon capitatum ITIS (the Integrated Taxonomic Information System) is a source for authoritative taxonomic information on plants, animals, fungi, and microbes of North America and the world.Eriodictyon capitatum, the Lompoc yerba santa, is a rare evergreen shrub in the borage family. It is endemic to western Santa Barbara County, in California. FWS Digital Media Library -- The U.S. Fish and Wildlife Service's National Digital Library is a searchable collection of selected images, historical artifacts, audio clips, publications, and video.The plant is endemic to western Santa Barbara County, California, where it is known from only five remaining populations, two of which are located on Vandenberg Air Force Base. It was made a federally listed endangered species in 2000. Besides the Vandenberg populations, there are two populations located just north of Lompoc and a single population just south on the slopes of the Santa Ynez Mountains