Lyndon B. Johnson Do all US Presidents hate the environment? 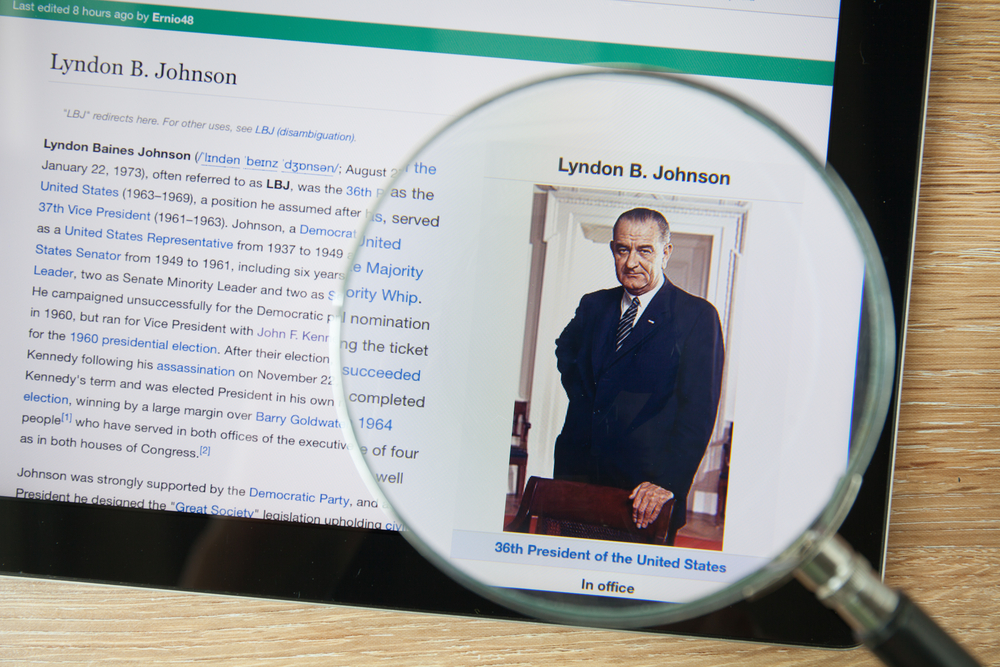 Lyndon B. Johnson During his second term in office, President Johnson was focused on his “Great Society” plan, which led to the creation of  the Wilderness Act of 1964 and the Land and Water Conservation Act of 1965. Johnson’s administration was also responsible for the Endangered Species Preservation Act of 1966 and the National Trails System Act of 1968.

Lyndon Baines Johnson (/ˈlɪndən ˈbeɪnz/; August 27, 1908 – January 22, 1973), often referred to by the initials LBJ, was an American politician who served as the 36th president of the United States from 1963 to 1969. Formerly the 37th vice president from 1961 to 1963, he assumed the presidency following the assassination of President John F. Kennedy. A Democrat from Texas, Johnson also served as a United States Representative and as the Majority Leader in the United States Senate. Johnson is one of only four people who have served in all four federal elected positions . Lyndon B. Johnson was also

Born in a farmhouse in Stonewall, Texas, Johnson was a high school teacher and worked as a congressional aide before winning election to the US House of Representatives in 1937. Johnson won election to the United States Senate from Texas in 1948 after winning the Democratic Party’s nomination by an extremely narrow margin that was manufactured by friendly political machines. He was appointed to the position of Senate Majority Whip in 1951. He became the Senate Minority Leader in 1953 and the Senate Majority Leader in 1955. He became known for his domineering personality and the “Johnson treatment”, his aggressive coercion of powerful politicians to advance legislation. Lyndon B. Johnson was a highly respected politician.